What got funded in the Legislature's last-minute, $55 million dollar spending blitz? 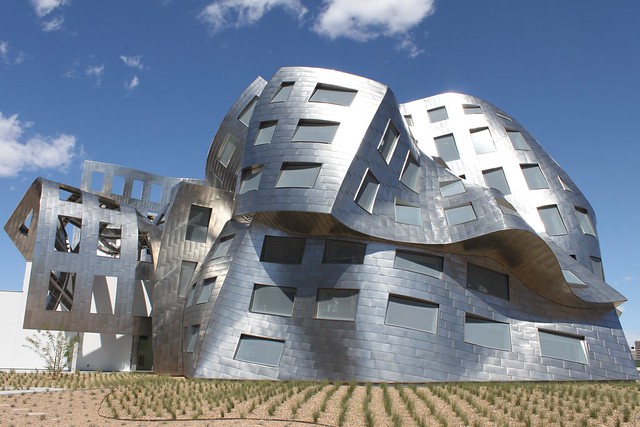 On the last day of the Legislature, lawmakers amended a bill that initially allocated money to the Lou Ruvo Center for Brain Health so it funds 12 additional projects.

The bill, SB528, allocates nearly $55 million to a variety of projects including the University of Nevada, Las Vegas’s College of Engineering building, office space for state employees displaced by the Grant Sawyer Office Building remodel and the School Safety Account.

Here’s a closer look at the projects benefiting from the last-minute burst of spending — some of which were hardly discussed during the legislative session:

The Ruvo Center received $3 million in appropriations to assist in clinical operations, research and education.

The appropriation will go to the facility’s programs in Las Vegas and Elko, as well as a joint agreement with the UNR School of Medicine to focus on educating medical students with Nevada roots and keeping them in the state to address the doctor shortfall. It will also receive funding for positron emission tomography (PET) scans on professional fighters and athletes; the technology is used to diagnose cancers and brain disorders.

“We’re really excited to have this renewed,” said Erick Vidmar, administrative director of the Lou Ruvo medical facility. “It really allows us to provide the world class care that we continue to provide here.”

With operations beginning in 2009, the facility was funded by liquor industry executive Larry Ruvo and is a branch of the Cleveland Clinic. The nonprofit facility has been focused on research related to diseases such as Alzheimer’s, dementia, Parkinson’s and other traumatic brain injuries.

“This funding really allows us to do the investigator-led research and allows us to try new drugs and new approaches,” Vidmar said.

The center suffered a setback in research this year when a clinical trial for Aducanumab, a potential drug to treat Alzheimer’s, failed.

“We’re gonna have some new approaches,” spokeswoman Mackenzie Ruta said. “It’s just a matter of going back to the drawing board and seeing what else we can do.”

The appropriation from the Legislature is part of a larger endowment campaign for the center, which plans to reach $100 million by the year’s end to commemorate 10 years of operating in Nevada.

Some of the projects added to SB528 by amendment were discussed in earlier hearings as part of separate bills. An allocation to assist in the construction of a new White Pine County Courthouse, for example, was originally in SB149 and gave the county $10 million. The provision in SB528 allocates just half that.

The courthouse, built in 1908, holds some of the hearings for inmates in Ely State Prison, Nevada’s only maximum security prison. During a hearing for SB149, District Court Judge Steve L. Dobrescu shared the safety concerns presented by the courthouse, including its proximity to Ely’s middle school and public library.

His presentation included a report from the Nevada Commission on Rural Courts from 2003 establishing the need for a new courthouse in order to meet satisfactory safety standards.

White Pine County received a $9 million loan in 2017 from the U.S. Department of Agriculture’s Rural Development Agency for the project. During the hearing for the bill, the projected cost for the courthouse was a little over $22 million, with 37 percent of the cost covered by money allocated by the state and 63 percent covered by White Pine County, when accounting for the interest paid on the loans.

Elizabeth Frances, finance director for White Pine County, said that despite some disappointment about the cut in funds, there are other sources of funding within the county that will be used to cover the difference.

“The net proceeds of mineral [mining] tax revenue that was estimated by the state Department of Taxation for this year's budget varied from what we actually received...that came in $1.1 million higher than what was anticipated,” said Frances. “There are other sources that we are looking at. We have some balance in our general fund that will assist with some of that. I have talked to the judges who generate revenues through various fees that are assessed and they'll be using some of those funds to assist as well.”

The bill also appropriates $1 million to provide office spaces for employees that have been displaced by the remodel of the Grant Sawyer State Office Building. Built in 1995, the building provides office space for over 700 state employees. The “gut rehab” of the building, projected to be an $8 million project, comes after air quality issues that have plagued the building since its construction and failing systems that need to be replaced.

The money can be allocated by the Interim Finance Committee, with a report from the state Public Works Division that describes the necessity for the funds and a plan for their use.

The Office of Grant Procurement, Coordination and Management received $1 million in funds for a pilot program meant to create a process by which state agencies, local governments, tribal governments and nongovernmental organizations can request funds from the state government to match federal or nongovernmental organization grants. The importance of matching grants was highlighted in a hearing for AB489, the bill creating and outlining the pilot program.

“If Nevada could move up in standing from 49th to 48th, in receiving these grants, we would recognize an increase of more than $250 million, dollars that you would otherwise not have to spend,” Foley said.

Miles Dickson from the Nevada treasurer’s office also underscored the importance of such “matching funds.”

“One of the reasons federal grant funding is such a valuable opportunity for the state is that almost all federal grants, or many, have some sort of match or maintenance of effort requirement, which means we put skin in the game but often the feds will put in $2, $3, or $4 for every dollar that we put in,” he said. “So we have a really significant leverage opportunity.”

An appropriation of more than $9.5 million dollars was made to Nevada Medicaid to increase the reimbursement rates for acute care per diem, or care within a hospital on a per day basis, by 2.5 percent. The move will support hospitals across the state as they face financial struggles related to a rise in Medicaid patients.

The increase would not include the rates for neonatal or pediatric intensive care units, as the increase in their rates were addressed separately by the Legislature.

The UNLV School of Engineering will receive its grant to build an engineering school: a $20 million appropriation.

Continuing the plans of former UNLV President Len Jessup two years ago, UNLV is seeking $35 million to accommodate for the growing engineering program at the school, as well as hiring more experienced faculty and securing more equipment to assist in the ever-growing department.

Today, the UNLV robotics team that ranks eighth in a Defense Advanced Research Projects Agency (DARPA) Robotics challenge against the likes of MIT and Lookheed Martin, has been working next to a 99 Cents Only store on Flamingo Road. Rama Venkat, dean of the UNLV College of Engineering, is hoping the new building will be one that accommodates the growing engineering program the school has to offer.

According to Venkat, the engineering school has become one of the fastest growing colleges at UNLV, growing 60 percent within the last 10 years in terms of students and technology accumulation, with the computer science department seeing the most growth. The school has nearly 1,000 computer science students compared to the 300 students a decade prior.

“There’s so much growth and ... the building we have is 34 years old,” Venkat said. “We have no space. We can’t even squeeze in a new office.”

Venkat says that the new building will have an auditorium for events on the first floor with dry labs on the second floor for cybersecurity and robotics and a third floor for chemistry and biology. He plans on the school receiving the rest of the funding during the next session of the Legislature.

UNLV isn’t the only college in the state receiving funds for expansions. Great Basin College, a community college based out of Elko, will see over $458,000 for the expansion of the college’s welding lab through the State Public Works Division. The college has been requesting funds to expand the lab for at least six years.

Western Nevada College, a community college in Carson City, received $105,000 to help with the refurbishment of the college’s Marlette Hall.

Block grants for contract or employee school social workers, resource officers/police officers and development programs made up $12.9 million in appropriations. Lawmakers are restoring the cuts to the governor’s school safety budget that were widely criticized earlier in the session.

Money in SB528, combined with another $16 million in SB551, is meant to address the $30 million rollback in the school safety budget.

Amber Reid of the Office for a Safe and Respectful Learning Environment said that SB528 is meant to increase the number of health professionals in the state proportional to the students overall.

“In 2015, there were 28 social workers in the state of Nevada, and all of them were in Clark County,” Reid said. “Today, that number is 215 with more expected to come. We still have a long way to go but it is improving.”

The bill is appropriating $2.7 million to increase the number of mental health professionals, nurses, and clinical psychologists aimed at preventing self-harm and student violence.

“These programs are aimed at prevention of school violence and self-harm,” said Reid.

Additionally, lawmakers are appropriating $5.5 million to hire more resource and police officers in the hopes that they will be able to deal with threats to children’s safety, such as an active shooter.

An additional $4.7 million was appropriated to the School Safety Account for the purpose of implementation of programs in public schooling across the state. The programs are meant to assist with social, emotional and academic success. The funding also includes the creation of a strategic plan to implement such programs.

The Nevada Blind Children’s Foundation, a non-profit organization that provides services for blind children, received $1 million for its afterschool programs. The programs are meant to assist blind students with homework and socialization, along with other skills, in order to increase high school graduation rates and employment.

This is the first time that the foundation has received state funding.

“Our goal was to open a preschool September of 2019,” said Emily Smith, the executive director of the foundation. “It would be sighted peer for up to 40 children from six weeks to five years, the goal being to help families be able to maintain full time employment while their kid is getting all the resources that they need, from special visual impairment teachers, to therapies, whatever those early interventions are, and then helping them transition into the Clark County School District ready to learn.”

A sighted peer classroom includes students who are visually impaired and those who are not. If approved, the school would be the first of its kind in Nevada.

The bill requires the foundation to share a detailed report of expenditures made with the appropriation by September 2021.