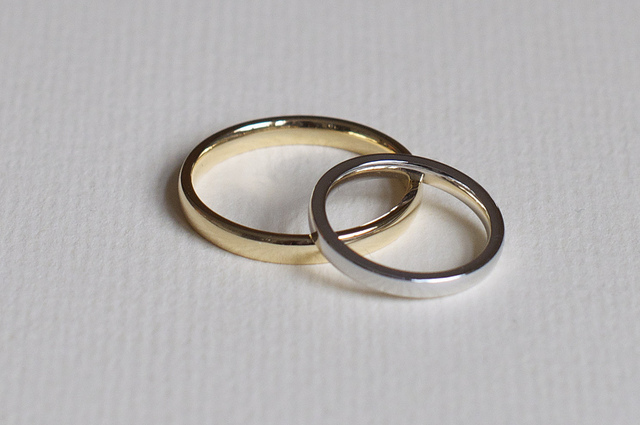 Sara Tasneem said she was 15 years old when she was forced into a “spiritual marriage” with a 28-year-old man she had only met hours earlier. When she was 16 and pregnant, she was taken to Reno, where the marriage was solemnized in Nevada.

It took her years enduring abuse, struggling to collect child support and fighting her ex-husband before she finally got a divorce.

“I basically had to give up everything in my life so that I could leave him,” said Tasneem, whose children are now 18 and 21. “I'm happy they're in my life, but I'm not happy that child marriage is happening here in the U.S., and it's up to you all to change it.”

Tasneem was one of three survivors of forced marriages who testified Tuesday to the Assembly Judiciary Committee in favor of AB139, a bill that would bar people under the age of 18 from marrying in Nevada — no exceptions. Current law allows people who are 16 or 17 to marry with their parents’ consent, and puts no limit on how young a person can be if a judge determines the marriage is in the child’s best interest.

“This is ironic because the U.S. State Department considers marriage before 18 a human rights abuse,” said Democratic Assemblywoman Shannon Bilbray-Axelrod, the bill’s sponsor. “So based on that, how could a child entering into the contract of marriage ever be in the best interest of a child?”

Proponents pointed out that people in teen marriages have elevated rates of divorce and domestic abuse. Marrying before adulthood is also correlated with lower education, higher poverty and more mental health issues.

Nevada ranks third for the prevalence of underage marriages, with 5.9 marriages out of every 1,000 happening with someone who is from 15 to 17 years old, according to Pew Research.

Elizabeth S. Taylor, who testified at the hearing by phone, said her parents were involved in a cult in California and arranged for her to marry someone who was 28 and she barely knew to make amends for secretly having a boyfriend. She said her wedding took place in the chapel of the Circus Circus in Las Vegas when she was 16.

“I was hoping that someone would notice that this was not of my choosing and report these people to the authorities, but no one stood up for me in the cult and no judge even asked me whether I wanted to get married when we arrived in Nevada,” Taylor said.

She said she ultimately escaped the marriage by having someone smuggle her a key on the tire of a car. Then 19, she said she had to start over with few transferable skills.

Fraidy Reiss, who was forced into a marriage at 19 and later went on to start the anti-arranged marriage group Unchained At Last, noted that Nevada law does prohibit forced marriages. But she said parents are often the instigators of teen marriages, and youth are often too afraid to implicate their parents in a crime.

Proponents say they don’t want to allow exceptions to the rule because they worry those loopholes would be exploited. They want a clear line in the sand drawn at age 18, just as there are hard age limits for voting and drinking alcohol.

“We have agreed as a society that being 18 means greater consequences for our actions,” said Jeana Taylor of the group Everyday People Taking Action. “It is therefore surprising to me that we allow a girl to be bound to marriage — a sacred and legal act designed to last a lifetime — before she's even had a moment to claim her own adulthood.”

Nobody testified against the bill, which has not been scheduled for a vote.