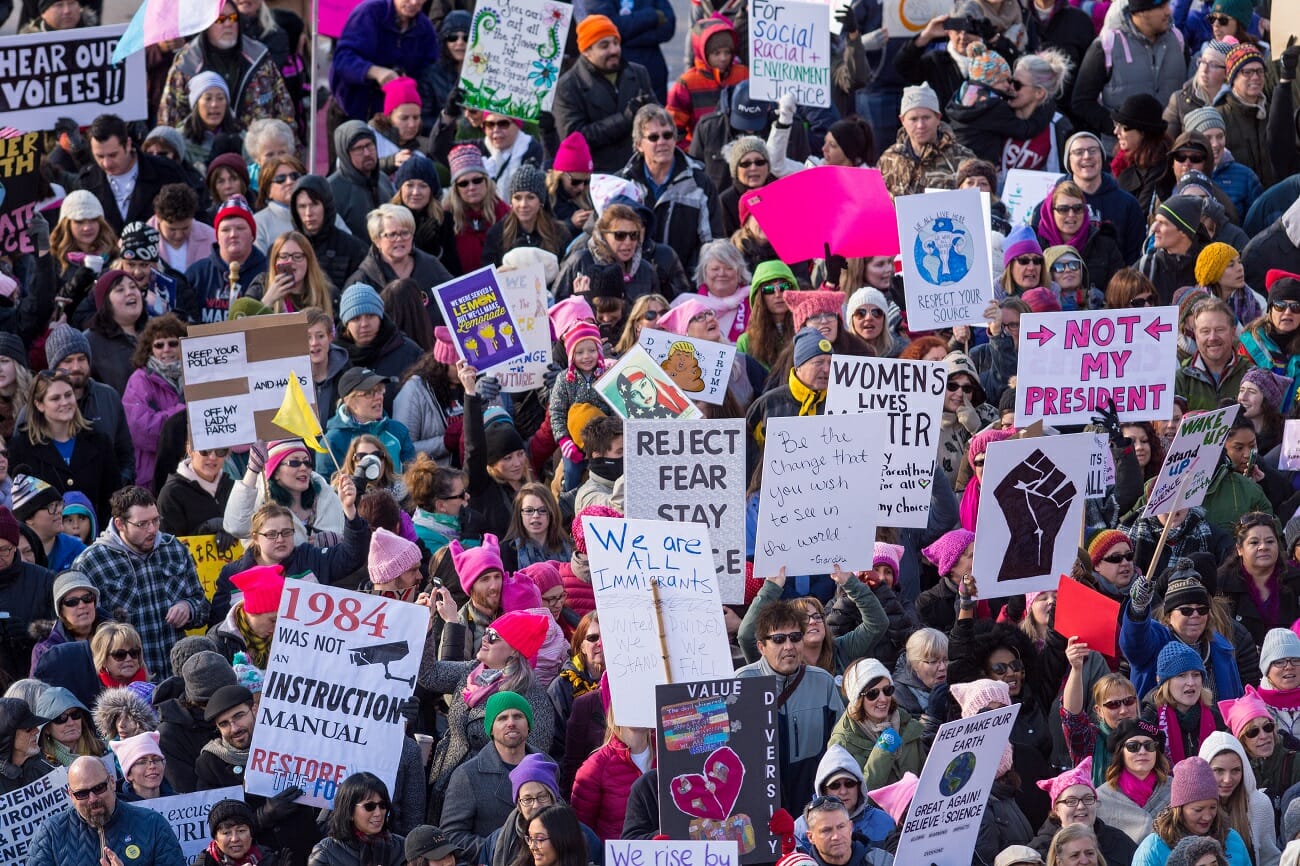 More than eight in 10 Nevadans believe abortion should be legal, while another two-thirds say they would support legislation to remove criminal penalties on abortion, according to a poll commissioned by the national abortion rights group NARAL and obtained by The Nevada Independent.

The release of the poll comes as the state chapter of NARAL is gearing up this session to push for legislation that would decriminalize abortion in Nevada nearly half a century after the state enacted a law allowing it following the U.S. Supreme Court’s decision in Roe v. Wade. The bill, nicknamed the “Trust Nevada Women Act,” will be introduced by state Sen. Yvanna Cancela.

The poll, conducted by the left-leaning firm Public Policy Polling, sampled 744 Nevadans through automated telephone interviews between Jan. 23 and 24 and has a margin of error of 3.6 percent. Of the respondents, 45 percent were Democrats, 39 percent were Republicans and 17 percent identified as independent, which resembles the voter registration breakdown in Nevada. The Nevada Independent also reviewed a copy of the polling instrument.

The poll found that 45 percent of Nevadans support a woman’s right to abortion and 38 percent oppose abortion but don’t believe the government should interfere in a woman’s decision to choose to receive one, while the remaining 17 percent don’t support abortions. Asked whether they would support new legislation to remove “an old and outdated law that says that women can be jailed for having an abortion” to “ensure Nevada women aren’t criminalized,” 64 percent said they would.

Support for such legislation also appears to span party and gender lines. The poll found that 76 percent of independents, 67 percent of Democrats and 56 percent of Republicans would support decriminalization legislation, as well as 64 percent of men and women each in support. Another 54 percent agree that state legislatures should work to proactively protect the right to abortion through legislation.

The poll also found that 55 percent of Nevadans, including 56 percent of Latino voters, are more likely to support lawmakers in the next election if they work to advance legislation to prevent abortion from being criminalized and protect the Roe v. Wade decision, which created a nationwide right to abortion. Since the confirmation of U.S. Supreme Court Justice Brett Kavanaugh, supporters of abortion have worried that a newly conservative-leaning U.S. Supreme Court may take action to overturn the landmark decision.

NARAL, which has also released a video highlighting its work in Nevada over the last two years and touting the new legislation, believes the Legislature is well-poised to take on abortion this session with a two-thirds majority in the Assembly, a near-supermajority in the Senate and a Democratic governor.

“With a pro-choice Governor at the helm and the first female majority legislature in the country, Nevada will be safeguarded by unapologetic, pro-choice champions who will always put women and families first,” NARAL’s Nevada State Director Caroline Mello Roberson said in a statement.

The legislation will specifically seek to repeal criminal penalties for abortions performed outside the scope of Nevada’s abortion statute, including self-induced abortions. Such abortions are punishable by a minimum one-year and maximum 10-year prison sentence and a fine of up to $10,000 under state law. NARAL believes the legislation will protect women who try to self-abort, like a highly-publicized case in Indiana, while Nevada Right to Life, a group that opposes abortion, worries such a provision would essentially allow abortion providers to skirt state regulations.

Other provisions slated to be included in the legislation include changes to the state’s abortion informed consent law and a repeal of the state’s parental notification statute, which was found unconstitutional in 1991. Republicans tried to pass a parental notification bill during the 2015 session that would have resolved the constitutional issues; the bill passed 24-17 in the Assembly, but never received a vote in the Senate.

State legislatures across the country have also been trying to make changes to their abortion laws; Massachusetts passed a bill in July repealing a 173-year-old law banning abortion, while New Mexico has been trying to remove its criminal penalties for abortion from statute.