After redistricting, will new maps give Nevada Democrats permanent majorities? 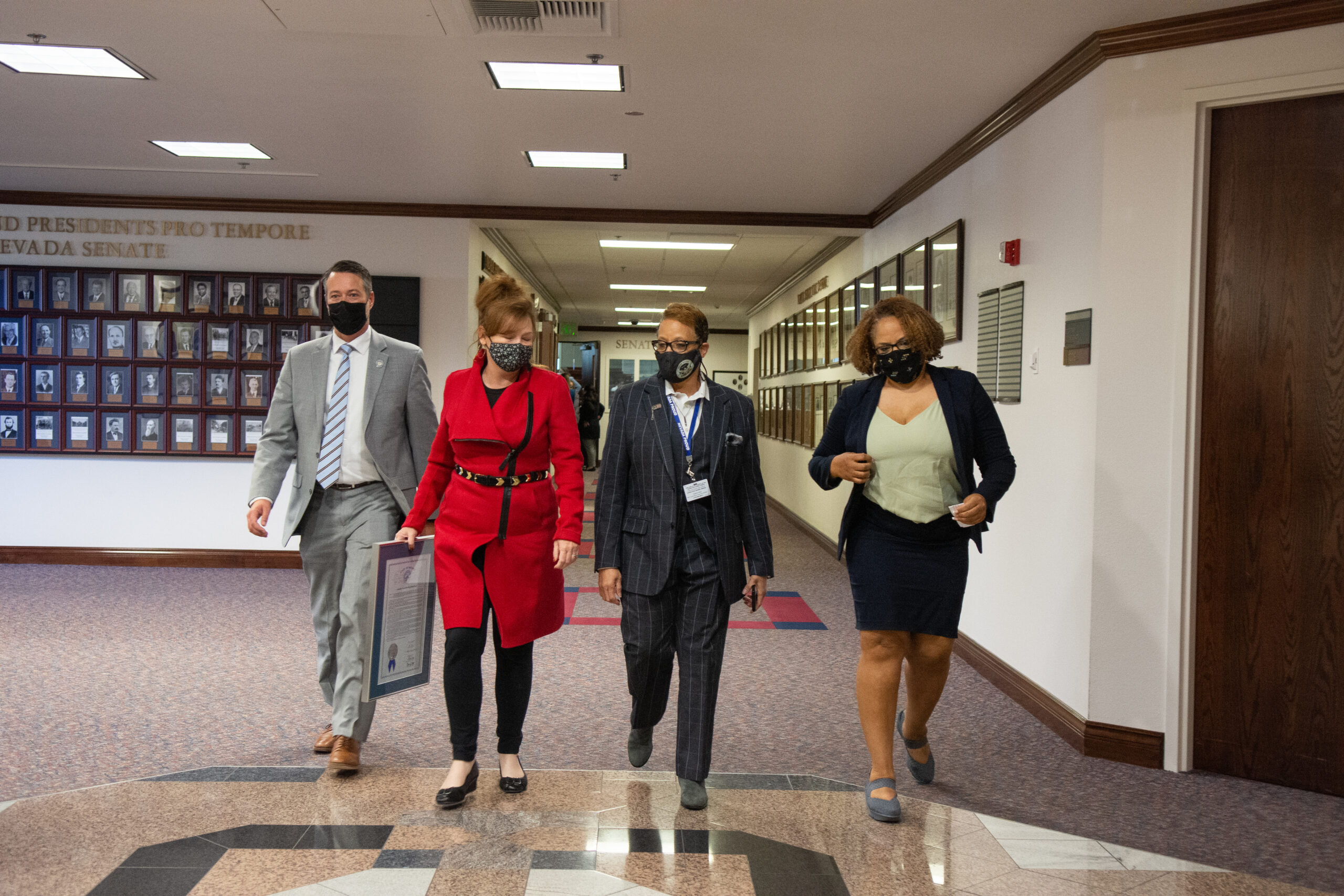 Gov. Steve Sisolak and legislative Democrats ended the five-day redistricting special session with maps that will lock in the state’s 3-1 advantage in U.S. House seats and ensure legislative supermajorities for the next decade.

The new congressional and legislative maps approved by lawmakers on mostly party-line votes undoubtedly give Democrats a substantial structural advantage in those three congressional seats and in many formerly competitive legislative districts.

“There'll be a few Republicans here, but the reality is will they have any influence regardless of who the governor is?” Assembly Minority Leader Robin Titus (R-Wellington) told reporters as the session wrapped up. “We're still always in a super minority.”

But experts warn that district drawing is not destiny, and while Republicans will now face more of an uphill battle under the new maps, it doesn’t necessarily mean that Nevada will lose its coveted swing state status.

“With the way that Nevada is drawn ... there's really no way to gerrymander yourself into a guaranteed supermajority,” state Sen. Dallas Harris (D-Las Vegas) said on Tuesday.

Coleman noted that under the revised lines, the three congressional districts would have gone for Biden in the high single-digit range — not blowout margins, but “something of a cushion” for Democratic incumbents.

While Democrats could have theoretically attempted to draw a 4-0 Democratic map, Biden’s relatively narrow margin in the state (a 2.4 percent victory over Trump) meant that all congressional districts would be highly competitive and have massive ‘dummymander’ potential, with the potential to backfire and allow Republicans to win all of the state’s House delegation.

Even so, an unfavorable national climate for Democrats could end up favoring Republicans in the newly drawn seats.

“Even though the three new Clark County districts would typically lean a bit Democratic, if Biden's approval numbers remain negative (or get much lower), Republicans' odds of winning them could increase,” Coleman said in an email, noting that in the 2014 GOP wave election, Republican Rep. Joe Heck won his usually swingy seat by a greater margin than Titus won her usually safe district.

Will 2022 be the next 2014? In a memo sent by Stronger Nevada PAC (supporting Republican gubernatorial candidate Joe Lombardo), the group said Democrats had “overreached” and moved once-safe seats controlled by Democrats into the competitive category.

Using recent margins in New Jersey and Virginia’s off-year elections as a guide, the group said Republicans could pick up two state Senate seats and up to eight Assembly seats assuming a similarly large electoral wave also crested in Nevada.

“Every House Democrat in Nevada is vulnerable,” National Republican Congressional Committee spokeswoman Torunn Sinclair said in an email. “Voters want nothing to do with Democrats’ massive tax hikes and reckless spending that has caused the price of goods to skyrocket.”

But potentially favorable national conditions for Republicans only go so far. According to the Princeton Gerrymandering Project, none of the four newly redrawn House districts lands in the organization's “competitive zone” — defined as 3.5 percentage point swing up or down based on vote returns from the three most recent elections.

Princeton Gerrymander Project Senior Legal Strategist Adam Podowitz-Thomas said in an email that the metric covers the “districts that are statistically the most likely to change hands over the next decade.”

Although Nevada has not been given a grade on the group’s “Redistricting Report Card,” its analysis of the new legislative districts also shows a dearth of competitive seats — only three of 21 state Senate seats, and five of 42 Assembly seats.

The analysis includes a ranking of “partisan bias,” a measure of a party’s expected seat share in a hypothetical election where each party captured exactly 50 percent of the votes. The Assembly sees a sizable 14.3 percent partisan bias, with the state Senate at 11.9 percent.

Podowitz-Thomas said Nevada’s lack of competitive seats is “fairly typical” across other states, especially in those where state lawmakers draw the maps.

“There appears to be a desire to know with certainty what the outcomes of elections will be, and Nevada’s maps largely follow this nationwide trend,” he said in an email.

But what a ‘swing’ district entails can mean different things to different people. During the special session, lawmakers typically lumped any district with a voter registration advantage below 5 percent into the swing category, but election forecasters and experts can look into a wider variety of data sources — including historic turnout trends by party or demographic group, and an analysis of past election results — to better predict the competitiveness of certain districts.

Leavitt said he hoped the rising number of registered nonpartisans could help Republicans get a leg up in districts where they otherwise are outnumbered by registered Democrats, but Coleman indicated that such a strategy is less likely to work in Nevada with fewer cross-over party votes.

“[Nevada elections] often come down to which side does a better job of firing up their base voters,” he said in an email.