Behind the Bar: Welcome to the 81st Nevada Legislature + deeper dive into the budget 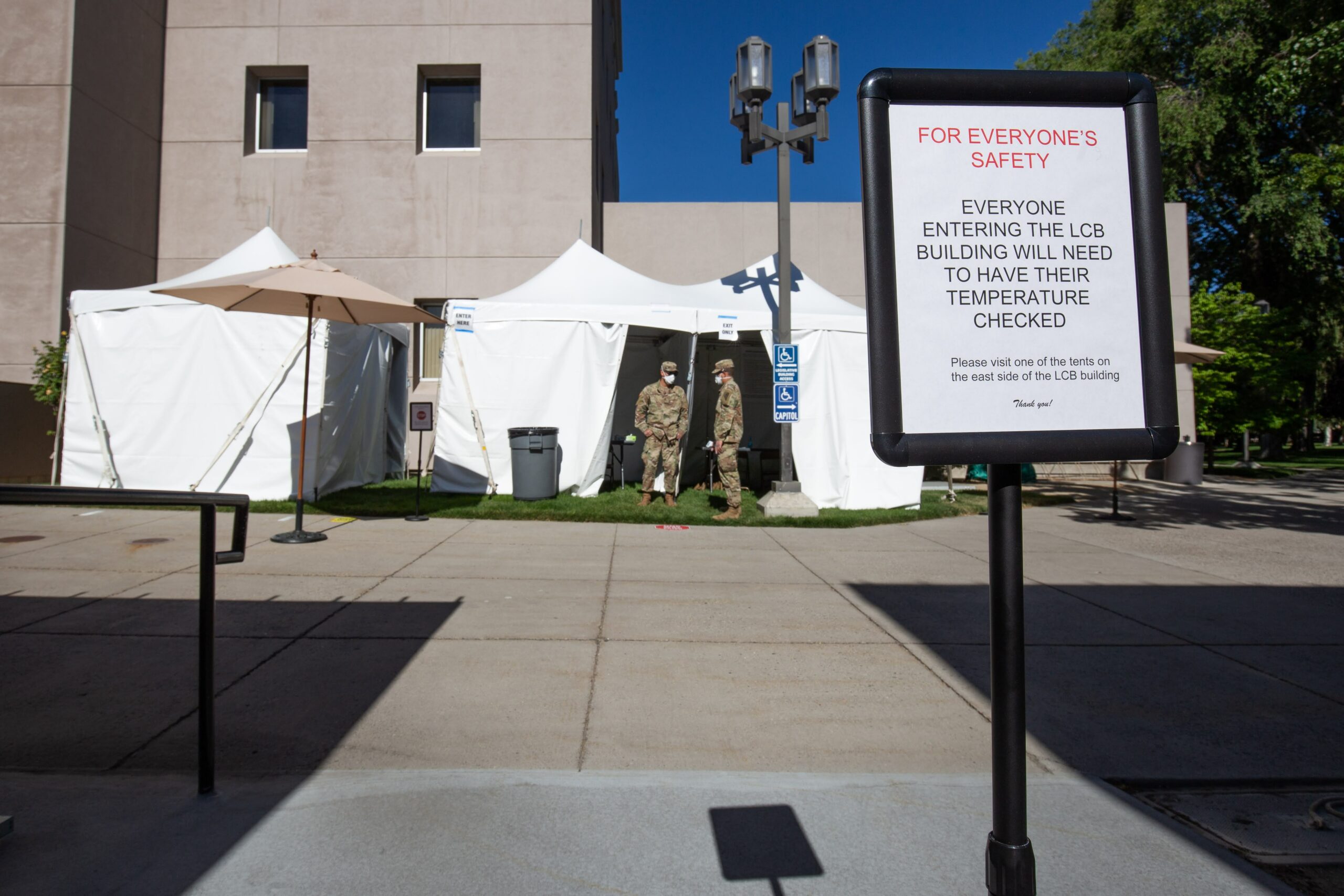 Welcome to our first edition of Behind the Bar, where we’ll talk about why we’re launching a legislative-focused newsletter and dig into budget details. Check this link to manage your newsletter subscriptions.

So, why a newsletter?

I’m immensely proud of the work that myself and my colleagues Megan Messerly and Michelle Rindels have put into covering both the 2017 and 2019 Legislature, not only for individual scoops, but also for putting big, weighty policy topics in a digestible format.

But in the past, our efforts covering the Legislature may have erred on the side of providing too much information. We published daily “Two-Minute Preview” articles every day of the session and kept up what essentially became our own version of NELIS to track the status of votes and bills.

So for the 2021 Legislature, we wanted to change gears and take a different approach to our legislative coverage, going in a more targeted and thoughtful direction without sacrificing the quality and thoroughness of our coverage.

So that’s why we’re launching Behind the Bar. The idea is to have a twice-weekly newsletter (Mondays and Thursdays) that highlights key trends, movements, bills, interactions and other functions of the state Legislature that are crucial for understanding how and why the building and legislative body works the way that it does.

We think it’s especially important to provide that information during a time where members of the public, including lobbyists, are not allowed to enter the physical legislative building. Public access is limited to just a handful of journalists, meaning our responsibility of providing news about the Legislature to the public is greater than probably ever before.

Whether you’re a lobbyist, staffer, interested citizen or just looking to learn more about the Legislature itself, I hope you find value in this newsletter. This is a new format for me, but I believe it has the potential to be more conversational and get you news you need to know in a different way than the normal, 700-word news story format.

It won’t just be my voice in this newsletter either. I’m hoping to involve my colleagues, and in this inaugural edition you’ll see the byline of former intern-turned-legislative-contractor Tabitha Mueller.

If you’ve subscribed, thank you! Again, you can check this link to manage your newsletter subscriptions with The Nevada Independent.

What we learned after two weeks of budget hearings:

On Tuesday, Feb. 2, legislative budget committees will likely start their tedious dig through all 2,997 pages of the budget.

But lawmakers haven’t been just sitting around — they spent eight days over the last few weeks attending virtual hearings related to major agencies and spending included in the governor’s proposed budget. Think of it as an appetizer to the actual budget discussions — more presentations and overviews as opposed to the deep questioning that happens during the normal budget process.

“I think at this point I still have a lot of questions,” Republican state Sen. Ben Kieckhefer (R-Reno) said. “These overview hearings are to really give the agencies more opportunity to present their 30,000 foot plan for their respective agencies, rather than give us the opportunity to dig into a lot of the details that are important for budgeting purposes.”

Democratic Sen. Chris Brooks (D-Las Vegas), chair of the Senate Finance Committee, said he felt better about the state’s budget situation after sitting through the two weeks of hearings, but that the presentations to him underscored that the state still had vast unmet needs which underfunded state services couldn’t address.

“I feel more confident, just having more detail and understanding the rationale behind the budget submitted and the cuts made has really been helpful,” he said. “And we still have a lot of work ahead of us. Our problem is that we are chronically underfunded as a state, and so the finish line that we are trying to achieve is getting back to being chronically underfunded.”

The Nevada Independent’s legislative team suffered through covered all eight days of budget hearings. While some details in agency budgets were interesting enough to warrant full stories, here’s a quick rundown of other topics/materials covered during budget hearings that caught our eye:

K-12 and categorical cuts: Sisolak’s proposed plan restores a significant chunk of the K-12 education cuts made during the initial 2020 legislative special session to balance the state’s budget, while also beginning the laborious task of modernizing the state’s antiquated education funding formula.

But lawmakers are already beginning to notice past programs and spending that haven’t been restored — chief among them the Class Size Reduction budget.

That budget account is a grant program that has existed in some form since 1989, and is dedicated to reducing the ratio between teacher and average class size. The program and laws were modified several times in the subsequent three decades, but in reality, large school districts such as Clark County have opted to apply for waivers allowing them to skirt the classroom ratio requirements required under the program.

Sisolak’s 2019-21 budget allocated around $163 million to $168 million per fiscal year to the class size reduction program, but the new budget proposal cuts that total in half to about $77 million, and instead moves it into the new budget account for the state’s revamped K-12 funding formula.

Fiscal staff in the governor’s office have stressed that comparing past K-12 budgets and funding to the current proposal is an apples-and-oranges comparison.

“The reason for commingling all of those funds escapes me at this point, and what I worry about is that ultimately, the governor is using something like the class size reduction money to backfill what was otherwise used to support state-based education funding,” Kieckhefer said.

Outside of a brief mention during a K-12 funding overview budget presentation, lawmakers didn’t get too far in the weeds on the proposed cuts to the budget program. That’s likely to change.

“Are we going to expect them to continue having these reduced class sizes and K-3 with significantly less money?” Kieckhefer said in an interview. “When it comes to K-12 education, we have talked about class size for a long time and we know that we are really failing students, particularly in the upper grades, when it comes to the amount of attention they can receive in a classroom due to the size of those classes. This seems to be taking us in starkly in the wrong direction.”

Medicaid caseload growth is up big: Medicaid covers one in four Nevadans, and during a pandemic when pay insecurity is high, officials only expect caseloads to continue growing, albeit at a slower rate than in April and May when the economic ramifications from the pandemic first hit Nevada.

During budget hearings, state officials and lawmakers also expressed some uncertainty about whether the Biden administration would continue COVID-19-related enhanced funding for Medicaid. The Biden administration announced last week that the Medicaid Federal Medical Assistance Percentage (FMAP) would likely remain in place through all of calendar year 2021, which reduces uncertainty in the budgeting process.

Regardless of what happens with future CARES Act funding or federal aid to the state, lawmakers, such as state Sen. Chris Brooks (D-Las Vegas), are worried about increasing caseloads.

"I'm concerned with the amount of Nevadans on Medicaid,” he said. “Every time we add more Nevadans to Medicaid we're asking service providers to get paid less because their mix of patients is private insurance and Medicaid and medicare and every time that Medicaid percentage grows, it puts pressure on private insurance.”

The governor's recommended budget would restore previous cuts to service provider rates, including Medicaid and Neonatal Intensive Care Unit rates. Even though the economy is projected to improve — meaning more Nevadans would theoretically leave the program and enroll in an employee-sponsored health insurance plan, Brooks said that economic recovery needs to ensure higher wages to keep large swaths of employed people and their dependents on Medicaid.

No funding for teacher out-of-pocket expenses: Sisolak’s budget doesn’t restore funding to another once highly-touted K-12 program — the Teacher School Supply Reimbursement fund, which pays back teachers up to $180 for classroom school supplies purchased out-of-pocket.

That budget account — previously funded at $4.5 million each fiscal year — was swept during the 2020 budget cut focused special session, and only has about $635,000 leftover in the account from the previous fiscal year.

But Sisolak’s budget doesn’t call for replenishing the account to where it was pre-budget cut. Back in the happier, pre-pandemic times of 2019, Sisolak included a direct call for more funding to the reimbursement fund in his State of the State address.

(Sisolak’s budget boosted the funding, but I’ve always been tickled that the program itself originated from a not-so-liberal source: former state Senate Republican Leader Michael Roberson in the 2015 Legislature.)

"If there is a silver lining, it's in people's turning to nature for mental health, or physical health," NDOW Director Tony Wasley said during a budget hearing last week.

Wasley noted that since the pandemic, sporting goods stores have sold out of recreational goods such as fishing rods, camping supplies and guns and ammunition and that dollar sales in camping equipment increased 31 percent and dollar sales of binoculars increased 22 percent.

The sales have provided the state with economic benefits, Wasley said, adding that members of the public have also been calling on representatives for financial support for agencies such as NDOW.

If you haven’t already, please check out the team’s deep dive into the big issues of the legislative session, as well as our updated Sisolak Promise Tracker feature.

I also did an “Ask Me Anything” feature last week on Reddit. Thanks to the mod team, and some of the users who had good questions (even with silly names such as u/KarenWithThatHaircut).

The Reno Gazette-Journal’s “Solutions Board” published its first piece, and everyone on the panel seems to like the idea of funding the state Infrastructure bank.

The Las Vegas Sun’s John Sadler did an interesting Q&A with former Gov. and now UNR President Brian Sandoval. Sandoval said that the university isn’t going into the legislative session with “any specific asks on our part,” but I have to imagine that Sandoval will have some say or involvement in deterring the proposed budget cuts to higher education, as well as Sisolak’s plan to break off community colleges into their own independent authority. Sandoval, without saying never, also poured a little cold water on any idea that he might run for office again 2022 (recall that he was a popular pick to run in the state’s 2016 U.S. Senate race).

The Nevada Current’s Michael Lyle spoke with affordable housing advocates and what they hope for out of the session.

A nice feature in The 19th about Nevada again having a female majority Legislature (nearly 60 percent of the body!).