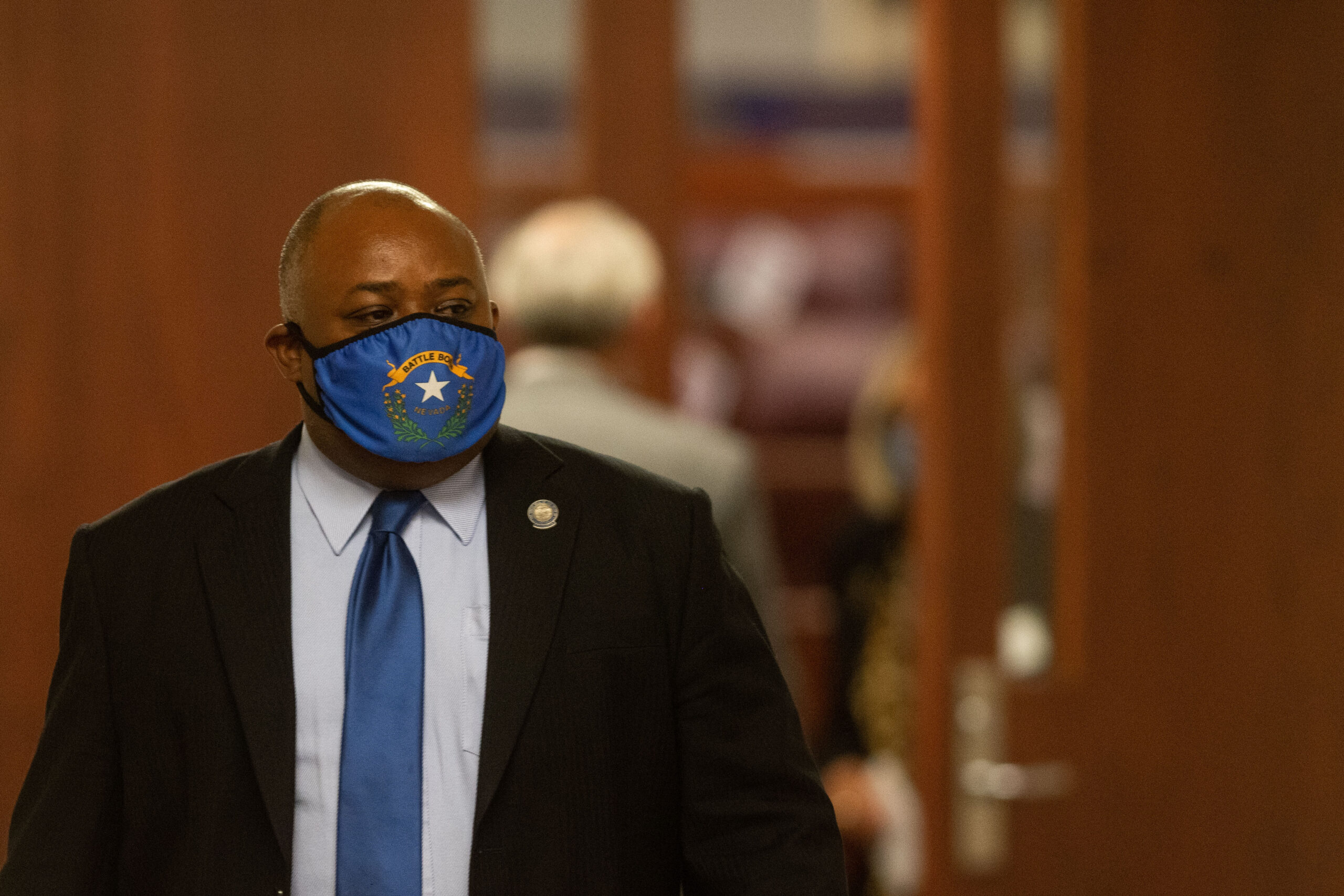 The Assembly approved an omnibus budget bill a second time Sunday morning, this time with an amendment allocating tens of millions of dollars in federal coronavirus relief funding toward boosting alternative education strategies during the pandemic, winning over several Republican lawmakers who opposed the proposal 15 hours earlier.

Republican lawmakers had been skeptical of the Democrats’ budget plan, which passed on party lines, 29-13, in the Assembly on Saturday night, saying that it didn’t go far enough toward restoring proposed cuts to some of the state’s K-12 education programs. With the new amendment, the budget bill, AB3, now allocates $50 million in federal CARES Act funding toward boosting alternative education programs, including distance learning.

Titus, who said Saturday that the legislation revealed “skewed priorities” before voting against it, thanked Democratic Assembly Speaker Jason Frierson for bringing forward the amendment on Sunday.

“I think what we see with this particular amendment is that there is indeed monies out there, which we've been saying all along, there's money,” Titus said. “Thank you for finding this money and thank you for prioritizing kids.”

But not all Republican lawmakers were won over by the amendment. Assemblyman Chris Edwards, who voted against the bill, said he wasn’t “comfortable” with the finer points of how the money would be spent.

Frierson hinted at the amendment early Sunday morning, hours after the Assembly passed the budget implementation bill. The Senate was expected to take up the legislation late Saturday or early Sunday but delayed its hearing — and wrapping up the final business of the session — to wait for the amendment.

“We were distracted by a commitment to an amendment and a vote in the Senate that didn’t happen, and so it’s time for us to get back to business and get back to what the plan was before that commitment was made,” Frierson said on the floor, referring to federal coronavirus aid to states.

The $50 million dollars represents about a fifth of the more than $250 million of the state’s unallocated CARES Act dollars. Those federal dollars are restricted to costs incurred by the COVID-19 pandemic and generally restricted in use.

The amendment transfers $50 million in federal CARES Act dollars to a state budget account overseen by the state superintendent and establish a grant program for K-12 schools to create “alternative intensive instruction,” including distance learning, specifically targeting students “likely to develop the largest deficits in educational attainment as a result of the loss of in-person intensive instruction.”

Alternative intensive instruction may include providing internet connectivity to students and other programs to “mitigate deficits” caused by distance learning.

Both school districts and charter schools will be eligible for grants through the program, which will be awarded on a per-pupil basis. The funds would be limited to expenses incurred between March 1 and December 30.

The amendment notes that the money is not to be used to finance ongoing expenditures of the Department of Education or the grant recipients, settle disputes between school districts and unions or boost administrator or teacher salaries. Recipients of the grants will be required to account for the money separately from other funding that does into the school district or charter school.

The Clark County Education Association said in a tweet Sunday morning that the teacher’s union appreciates the amendment “to get $50m in resources for education programs for our most disadvantaged students.”

The Senate is expected to take up the budget bill sometime Saturday afternoon. Senators are slated to gavel in at 1 p.m.

Read the amendment below: