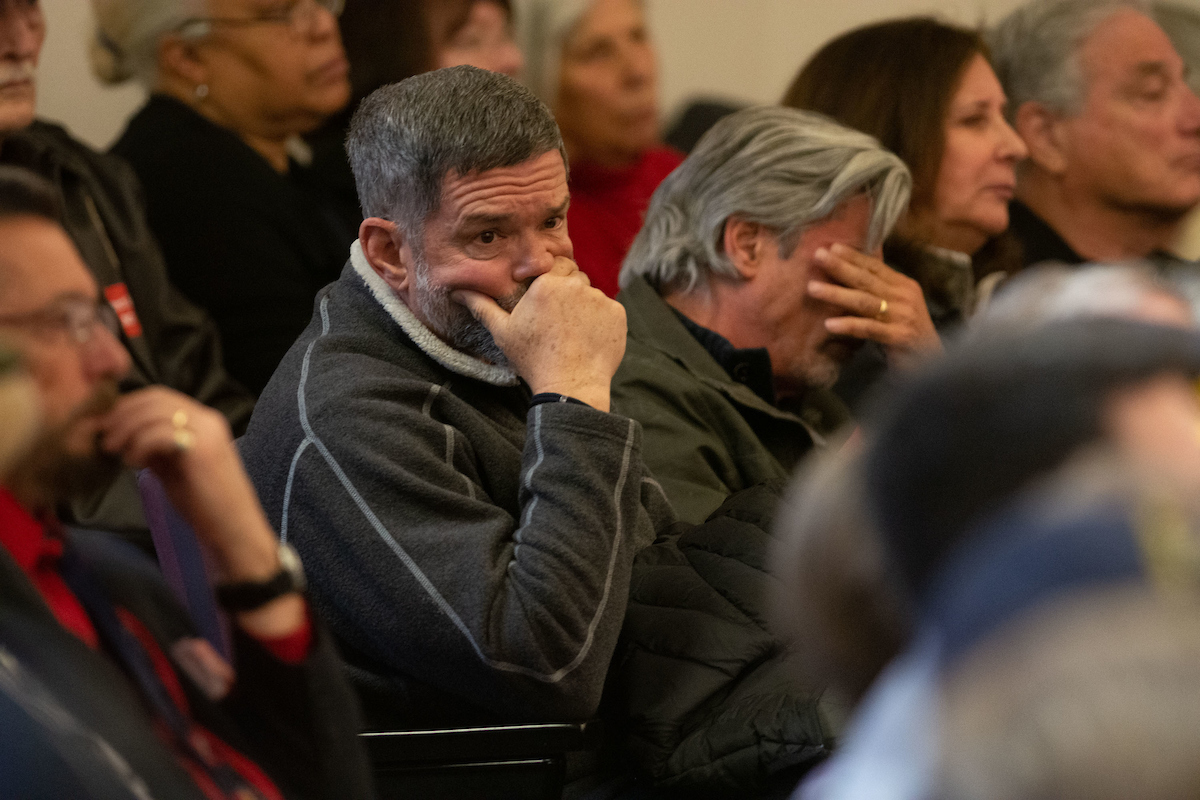 Nevada lawmakers will not take the dramatic step of ending capital punishment, nor will they mandate comprehensive sex education, ban prostitution, cap payday loan interest rates or raise the smoking age to 21.

Friday marks the deadline for most bills to pass out of their first committee or die, and it’s already clear that a number of bold proposals will not make it with one workday left. The bills left on the cutting room floor illustrate the extent to which Democrats are willing to spend political capital now that they control both houses of the Legislature and the governor’s mansion.

“We do recognize we can’t get it all in one session,” said ACLU of Nevada spokesman Wesley Juhl, adding that reality has set in even though initially “there was almost a free for-all mentality that we were going to be able to get whatever we wanted.”

At this deadline last session, 256 of the more than 1,000 bills introduced died. Although some bills do not need to get a committee vote now to stay alive, many are in committees to examine their fiscal impact and will die later for lack of funding. Additionally, lawmakers have many other options to amend or introduce emergency bills later in the session, meaning concepts in "dead" bills can potentially make a comeback down the line.

Among the highest-profile bills that won’t receive a hearing this session are those that ban the death penalty. Democratic Assemblyman Ozzie Fumo is the lead sponsor on one of those bills, which comes on the heels of the long saga of Nevada inmate Scott Dozier, whose execution was postponed twice amid legal challenges before he died by suicide in January.

“I thought coming into this session, this would be the session for it,” Fumo said. “Very disappointed, but it’s out of my control.”

Public defender Scott Coffee, a death penalty opponent, pointed to an interview Assembly Speaker Jason Frierson gave to KNPR before the session when he noted that Nevada rarely puts people to death, even though around 80 people are on death row.

“What you’ve got is a concession from lawmakers that the system is broken and isn’t likely to fix itself anytime soon, and if that’s the case you have to wonder why we continue to throw money into that pit,” he said, adding that lawmakers shouldn’t delay on the grounds that Democrats might be safer next session. “Don’t assume you’ll be able to do it next time, because there may not be a next time.”

Ambitious legislation mandating comprehensive sex education in schools also won’t get a hearing, in spite of the pleas from a group of youth who visited the Legislature earlier this week and left Post-It notes on Frierson’s door. Assembly Education Committee Chairman Tyrone Thompson on Thursday confirmed that it will not be heard, but did not answer why.

A hearing on a similar sex education bill took hours in the 2017 session, and the topic bedeviled the Clark County School District board of trustees for months.

Meanwhile, a measure to ban prostitution failed to gain traction this session. Republican Sen. Joe Hardy became the lone sponsor of SB413 last week when Democratic co-sponsor Sen. Pat Spearman withdrew — she wanted a “Nordic model” in which only the buyers of prostitution face consequences, and Hardy wanted a more complete ban.

“There’s not an appetite to go out on a plank with me,” Hardy said.

A bill that would have raised the smoking age to 21 is also likely dead. Democratic Assemblywoman Lesley Cohen, who chairs the committee that sponsored the bill, indicated in a brief interview that AB470 wouldn’t receive a hearing by Friday, but deferred all questions to a caucus spokesman, who wasn’t immediately able to provide additional information about the legislation.

The fate of an ambitious health-care bill, AB170, is also in limbo. It initially proposed requiring health insurers to cover out-of-network doctor visits at no additional cost to patients if no in-network physician is readily available, but was scaled back significantly by its sponsor, Assemblywoman Ellen Spiegel. Now it only requires insurers to provide the phone number to the state Office for Consumer Health Assistance of a case manager, navigator or facilitator who can help connect patients with a covered provider.

Even with the change, insurance companies argued at a hearing last month that the legislation would only make it more complicated for patients to reach their end goal of seeing a provider by adding an additional level of bureaucracy. Spiegel, in a brief interview Thursday, was unsure whether she would kill her own legislation, which is waiting for a vote in the committee she chairs.

“I’m not sure,” she said. “I don’t want to talk about the details right now. I’m sorry. But I want it to be soup first.”

She did, however, add that she thinks the bill “would be a really good thing for patients.”

Also failing to advance is Democratic Assemblywoman Heidi Swank’s AB118, which would put a 36 percent interest rate cap in place for high-interest, short-term “payday” loans. Swank confirmed Thursday that the bill would not be voted out of committee, although another bill creating a payday loan database passed out of committee last week.

AB200, a novel proposal to employ a “Textalyzer” to check whether a person was using a phone before a crash, is on track to die without a hearing. The measure aimed to provide a way to hold people accountable to Nevada’s ban against texting and driving, but drew criticism from civil liberties groups.

The Democratic-controlled Legislature also will lay to rest on Friday a series of long-shot Republican proposals that would have allowed Nevadans to carry concealed weapons without a permit, required physicians to provide pregnant women a list of providers that will perform a free ultrasound prior to an abortion, and funded the state’s controversial Education Savings Accounts, or ESA, program. None of the measures received a hearing.

Republican Assemblyman Gregory Hafen, who sponsored the bill to appropriate $58 million to the ESA program, acknowledged that there was only a slim chance the legislation would receive a hearing when he introduced it.

“I knew day one it would be a very tough sell, especially in this climate,” Hafen said. “But I think the conversation needs to be had.”

Asked why Republicans introduced bills, such as the ESA funding, that would never receive Democratic support, Assembly Republican Leader Jim Wheeler said that they did so hoping “that there will be enough public pressure to come to bear where they will at least hear it.”

He expressed dismay that some pieces of Republican legislation, including his bill to require that high schools teach students about the Federalist Papers, separation of powers and the Bill of Rights, never even received a hearing. Not only did he personally push for the bill to receive a hearing, he said, “but there were thousands of emails that went to the chairman over there” — meaning Assemblyman Tyrone Thompson.

“I think that if you talk to a college student today, they have no idea what the Constitution says, especially about the First and Second amendment,” Wheeler said. “But I believe they have to know what this country is about in order to be able to contribute to this country.”

Wheeler said he didn’t want to “sit here and suppose” about how many of his caucus members’ bills would die on Friday, though a large chunk of the roughly 200 bills that have not been heard were sponsored by Republicans.

“We'll just wait to tomorrow to see what happens. We still have two days,” Wheeler said. “I don't want to prejudice something one way or another."