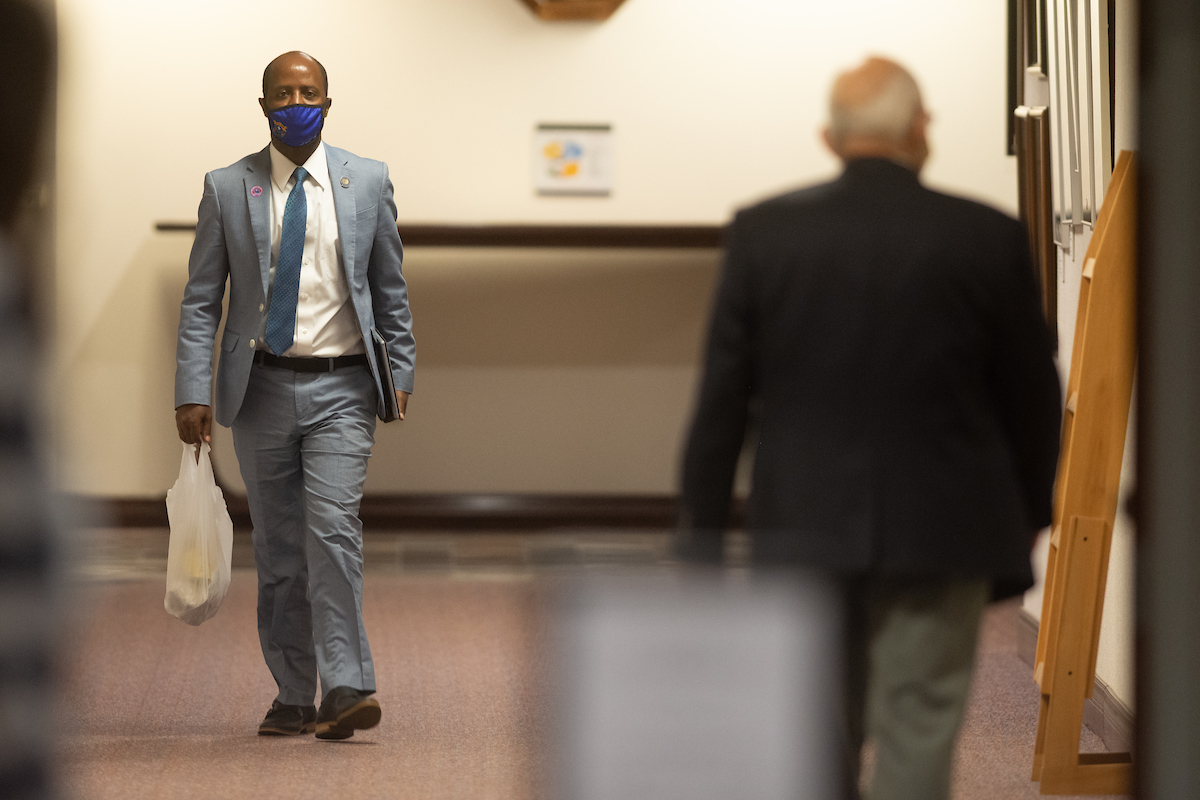 State prosecutors have filed more than a dozen charges against former Democratic Assemblyman Alexander Assefa, accusing the former lawmaker of making false statements on residency forms and stealing tens of thousands of dollars from his campaign account.

The charges, made Wednesday in Las Vegas Justice Court by the attorney general’s office, formalize allegations of theft and false residency statements made by Assefa — an Ethiopian-born immigrant who resigned from the Legislature in January, citing a “mistaken” understanding of residency requirements for holding legislative office.

The charges include 12 felony counts and two gross misdemeanor counts:

Lawmakers updated the penalty outline for crimes of theft in the 2019 Legislature, but because the charges against Assefa took place prior to implementation of the new statutory scheme, he is being charged under the previous law. Under that statute, any charge of theft above $3,500 is punishable by a Category B felony and one to 10 years in prison.

An attorney representing Assefa declined to comment Friday on the charges.

In October 2019, the Las Vegas Review-Journal reported that police executed a search warrant seeking campaign and personal banking records from Assefa, as well as public documents related to his primary residence. The newspaper reported that Assefa had submitted a declaration of candidacy stating he lived in a condominium in the district, but that he actually lived in a North Las Vegas residence with his wife.

In his resignation letter, Assefa said that he ran to represent the district “out of a sincere belief” that it was his primary place of residence, but afterward determined that he was mistaken.

“With great regret, and because I believe that lawmakers are bound to uphold the law and act with honesty and integrity, I must admit my mistake and resign my office,” he wrote in the letter.

Assefa was elected to his first term in the Assembly in 2018, and won re-election in 2020 shortly before resigning from office. He was replaced by now-Assemblywoman Tracy Brown-May, who was appointed to fill the vacant position last month.