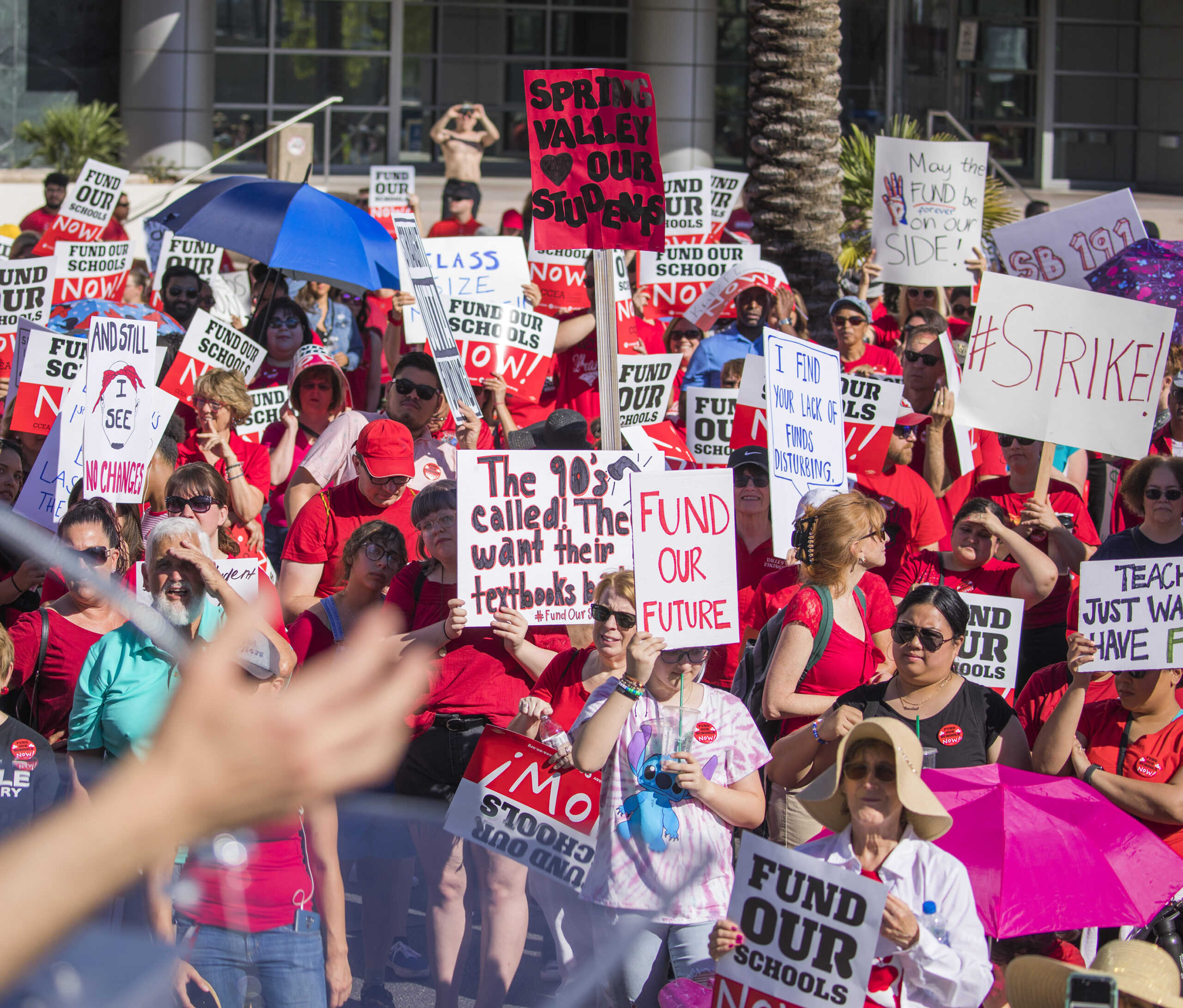 Members of Southern Nevada’s business, education and gaming communities are getting a private sneak preview of a massive and much-anticipated bill to overhaul the state’s funding formula this week, although no language from the bill has been shared publicly with only four weeks to go before the end of the legislative session.

Nearly two dozen people were invited by Bank of Nevada CEO John Guedry on Monday morning to attend a series of meetings during which economist Jeremy Aguero, who has been crafting the education funding overhaul at the behest of Democratic state Sen. Mo Denis, will present a bill draft, according to a copy of the email obtained by The Nevada Independent.

“Ultimately we would like to get a consensus or as near a consensus as possible to support this critically important effort to modernize our education funding formula for K-12,” the email said.

The meetings will be held Wednesday and Thursday mornings and Thursday evening at the Bank of Nevada’s offices in Las Vegas. Guedry said in a brief interview that the meeting would be an overview of the bill and that although the email referred to a "draft of the bill," participants would not see any draft language at the meeting.

Aguero did not immediately return calls for comment on Monday.

It’s one of the first signs of movement on the bill, which has been a source of frustration for many education advocates who think such a consequential policy overhauling the state’s 52-year-old education funding formula should have been revealed and debated sooner.

Denis, in a brief interview Monday afternoon, described the series of meetings as akin to briefings that have already been given.

“We don't have any language, so it's not like we're talking specifics of the language,” he said, adding that everybody would eventually have the opportunity to see details and the media would get a briefing at some point. “We're not leaving anyone out. We're trying to include people.”

Democratic state Sen. Joyce Woodhouse, who chairs the Senate Finance Committee, said she was “still working on all the details” and wasn’t sure if the meetings would be open to the public. She said the measure had not yet been introduced and said no bill language would be shared at the meeting.

“We’ll be talking about the process and major components that we’ve been working on,” Woodhouse said.

As for when the bill would be unveiled, Denis said it “could be any day … It's gotta be close.”

Democratic Senate Majority Leader Nicole Cannizzaro said she did not consider it unusual or atypical to hold meetings on the bill with private interests prior to it actually being released.

“I think there’s always conversations that happen between stakeholders in any piece of legislation, as you’re working through language and trying to make sure that the bill as it is coming out is in a good spot,” she said.

Updated at 3:22 p.m. to include information from John Guedry.