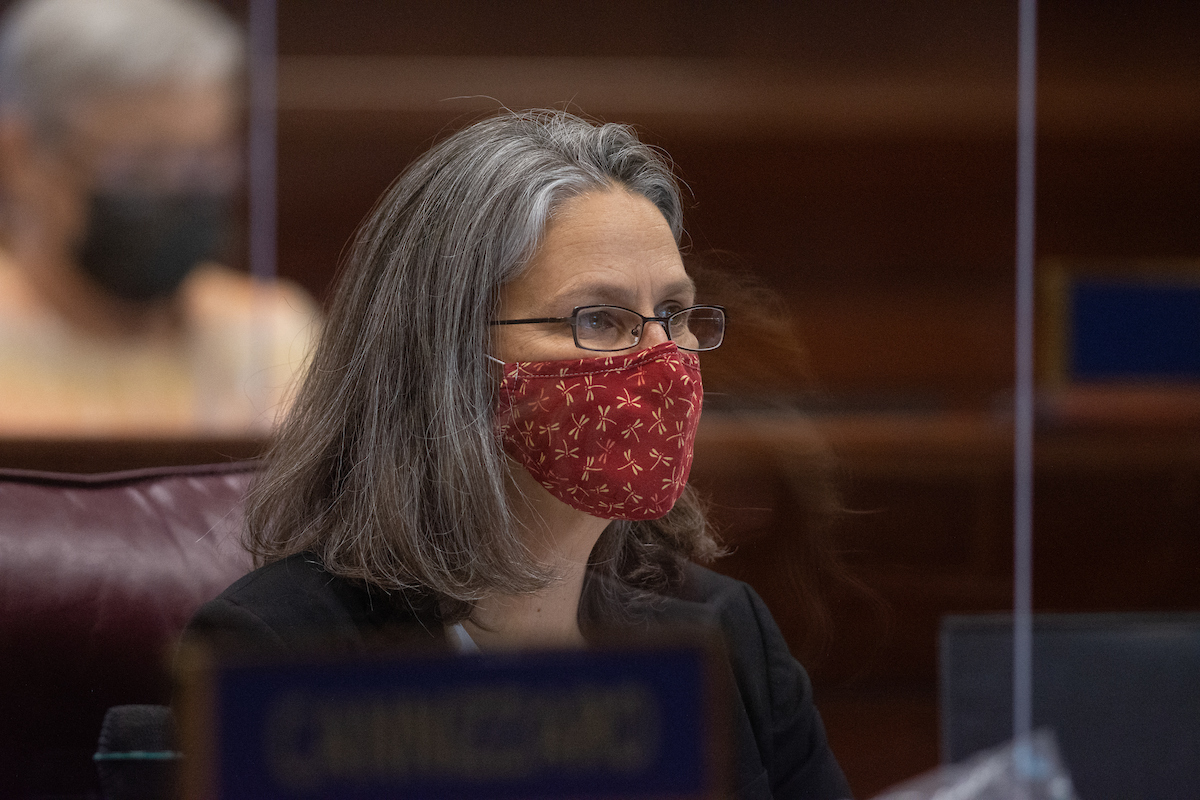 Ratti, a former Sparks city councilwoman, has held the seat since 2016, when she was elected to finish the term of the late Sen. Debbie Smith. Ratti won again in 2018, and her term expires next year.

“It is my sincere hope that my efforts, alongside the efforts of many others, have made at least a modest difference,” she said in a resignation letter shared with The Nevada Independent. “I wish you, my colleagues in the Legislature, and the talented staff in the Legislative and Executive branches much success as you continue the important work before you.”

Her resignation letter states that she plans to move outside the boundaries of her current Senate district, and in a Twitter post, she added that her “lessons from the pandemic are first, life is short, and second, my life and my efforts could benefit from [a] greater level of simplicity.”

Other Ratti-backed measures, including a bill limiting fees that landlords can charge tenants, failed to advance in the most recent session.

“Julia is a true public servant who always puts the people of Nevada first, and her thoughtfulness, dedication, and perseverance will be truly missed,” state Senate Majority Leader Nicole Cannizzaro (D-Las Vegas) said in a statement.

Ratti is currently employed with the Washoe County Health District.