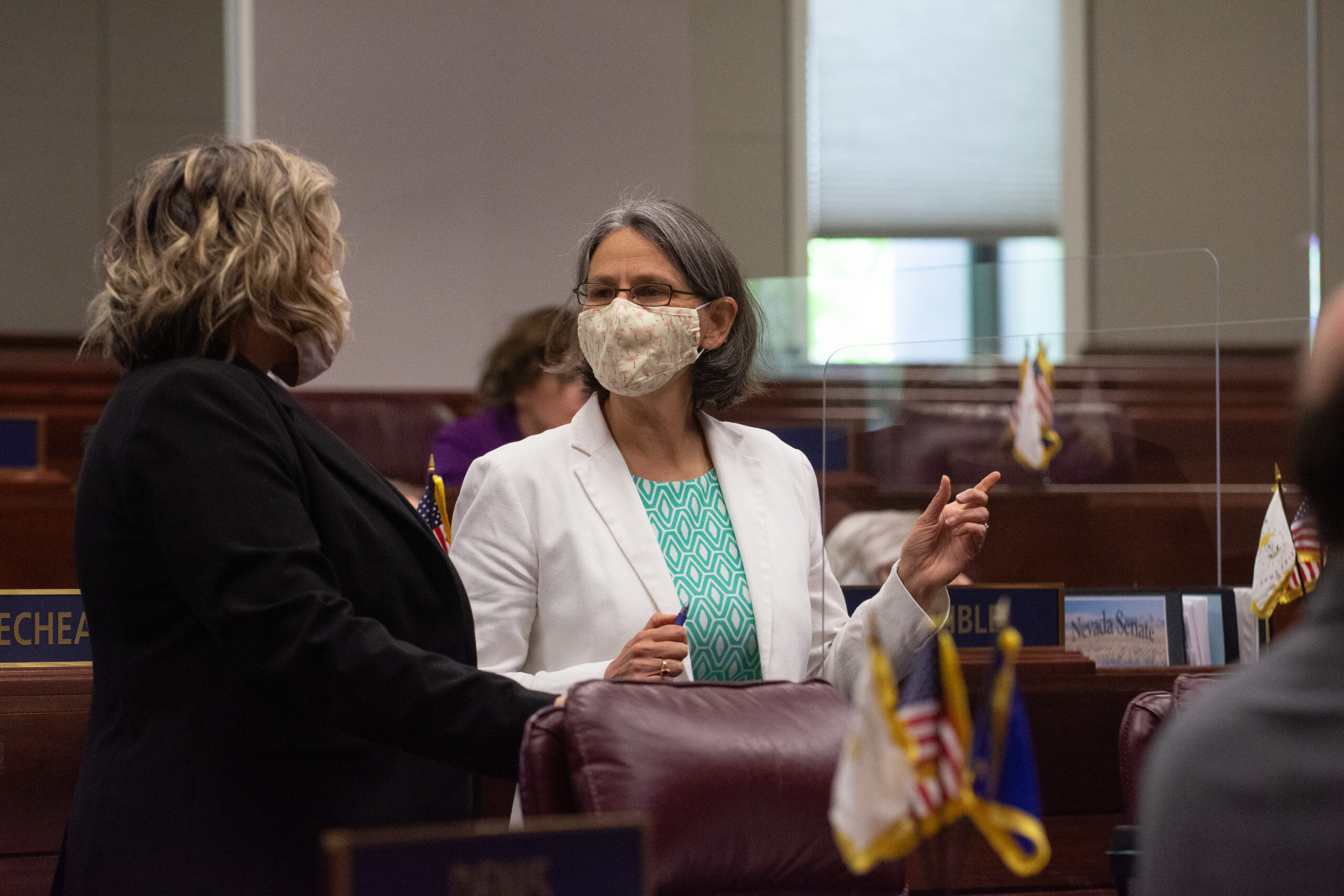 Four years after passing the state’s first drug transparency law, lawmakers may finally put dollars behind the effort as they continue to build upon the original legislation this session.

Members of the Senate Finance Committee this week considered a $780,000 fiscal note from the Department of Health and Human Services on the latest drug transparency bill, SB380, which would allow state health officials to transfer the existing drug transparency database to the state’s Enterprise Information Technology Services Division, where it would live and be maintained moving forward. It also would allow the state to hire a pharmacist to manage the drug transparency program and a management analyst to assist with the program’s facilitation.

The original drug transparency bill passed in 2017 required manufacturers of diabetes drugs that experience a significant price increase to report certain costs and profits to the state, and a 2019 bill expanded that law to include asthma drugs. Neither bill, however, came with dollars attached, leaving it up to the Department of Health and Human Services to figure out how to fold the bills’ requirements into their existing workflow.

“The Department of Health and Human Services has been doing yeoman’s work to fulfill the NRS around transparency reporting — and I don’t want to say duct tape and baling wire, because I think it’s been better than that — but the resources haven’t necessarily been there to do the robust analysis and the robust reporting with the data we have available,” said state Sen. Julia Ratti. “With this bill, we requested the unsolicited fiscal note to really look at, what would it cost to implement our drug transparency program in a sustainable way where we’re not taking a little bit of somebody’s time over here and a little bit of somebody’s time over there.”

The department has suggested covering that fiscal note with roughly $1.1 million in reserves it has collected in penalties and fees from drug companies that have failed to meet the state’s reporting requirements under the diabetes and asthma transparency laws.

The 2017 and 2019 bills originally envisioned those funds would be used to support diabetes and asthma education programs, a goal state Sen. Julia Ratti characterized as “noble” during the Senate Finance meeting on Wednesday. Using the dollars to instead support the running the drug transparency program, would be “less noble but more practical,” she said.

“We need to fund the actual work that we’re doing first,” Ratti said. “The practicality of it is we have these fees. They haven’t been put to use, and we can cover the cost with them.”

Ratti noted the penalties don’t represent a “long-term sustainable solution” to funding the program because they aren’t a stable revenue source. But she said funding the program this way would allow the state to “mature” the program and then reevaluate the funding source during the next legislative session.

“At that point, we would see how the fees and penalties are coming in for compliance and if they’re not sufficient, it would frankly be up to the governor’s office to decide if they want to put it in their base budget to make it an ongoing program,” Ratti said.

Ratti is shepherding the bill through the legislative process after former state Sen. Yvanna Cancela, the sponsor of the 2017 and 2019 bills, resigned her legislative seat earlier this year to take a job in the Biden administration.

In addition to the funding component, the bill being considered this session would make significant changes to the state’s drug transparency program by shifting the focus from just diabetes and asthma drugs to all drugs over a certain cost that experience a significant price increase.

Primarily, SB380 would require manufacturers of drugs that exceed a $40 list price, known as a wholesale acquisition cost, for a course of therapy that saw a 10 percent price increase during the prior calendar year — regardless of what disease the drugs are used to treat — to report certain information about the costs and profits associated with producing the drug.

The bill also attempts to capture some limited information at other points in the drug supply chain — requiring prescription drug wholesalers to report to the state certain data points for drugs with a list price exceeding $40 for a course of therapy, including the minimum and maximum list prices of the drug over the last year and the aggregate amount of rebates negotiated with drug companies, manufacturers and pharmacy benefit managers — though far less than it had originally proposed to in the first version of the legislation.

Those who testified in support of the legislation during the initial bill hearing in April included AARP Nevada, the Culinary Health Fund, the Retired Public Employees of Nevada and Battle Born Progress. The Pharmaceutical Care Management Association, which represents pharmacy benefit managers, and the Pharmaceutical Research and Manufacturers of America (PhRMA), which represents drug companies, testified in opposition.

Asher Lisec, deputy vice president of state advocacy for PhRMA, told lawmakers that the bill fails to address the challenges that patients experience in affording and accessing prescription drugs and does not “expressly extend” protections for proprietary and trade secret information. PhRMA also submitted to the Legislature a long list of arguments against the bill, which parallel those drug companies have made in previous sessions.

“I do want to emphasize the importance of looking at all entities in the supply chain in any transparency bill,” Lisec said. “In California, when they expanded their bill to look at transparency for all members of the supply chain, they found that rebates are growing faster than the underlying cost of prescription drugs.”

So far, the state’s diabetes and asthma drug transparency laws haven’t had much of a measurable impact policy wise, a point that state Sen. Ben Kieckhefer made during the Senate Finance hearing and that Ratti acknowledged. That’s at least in part because drug companies have requested that pricing information they are required to submit to the state, and which they believe to be trade secret protected, be kept confidential — leaving the annual reports the state is required to compile more general than proponents originally intended.

But Ratti said during the hearing that she is hopeful that there has been a sunshine component of the legislation.

“Do I believe that those behaviors have changed because now there’s bright sunlight on that Absolutely. Can I quantify that? Not necessarily,” Ratti said. “But I think sunlight and transparency are helpful for changing behaviors.”

Editor’s Note: This story appears in Behind the Bar, The Nevada Independent’s newsletter dedicated to comprehensive coverage of the 2021 Legislature. Sign up for the newsletter here.