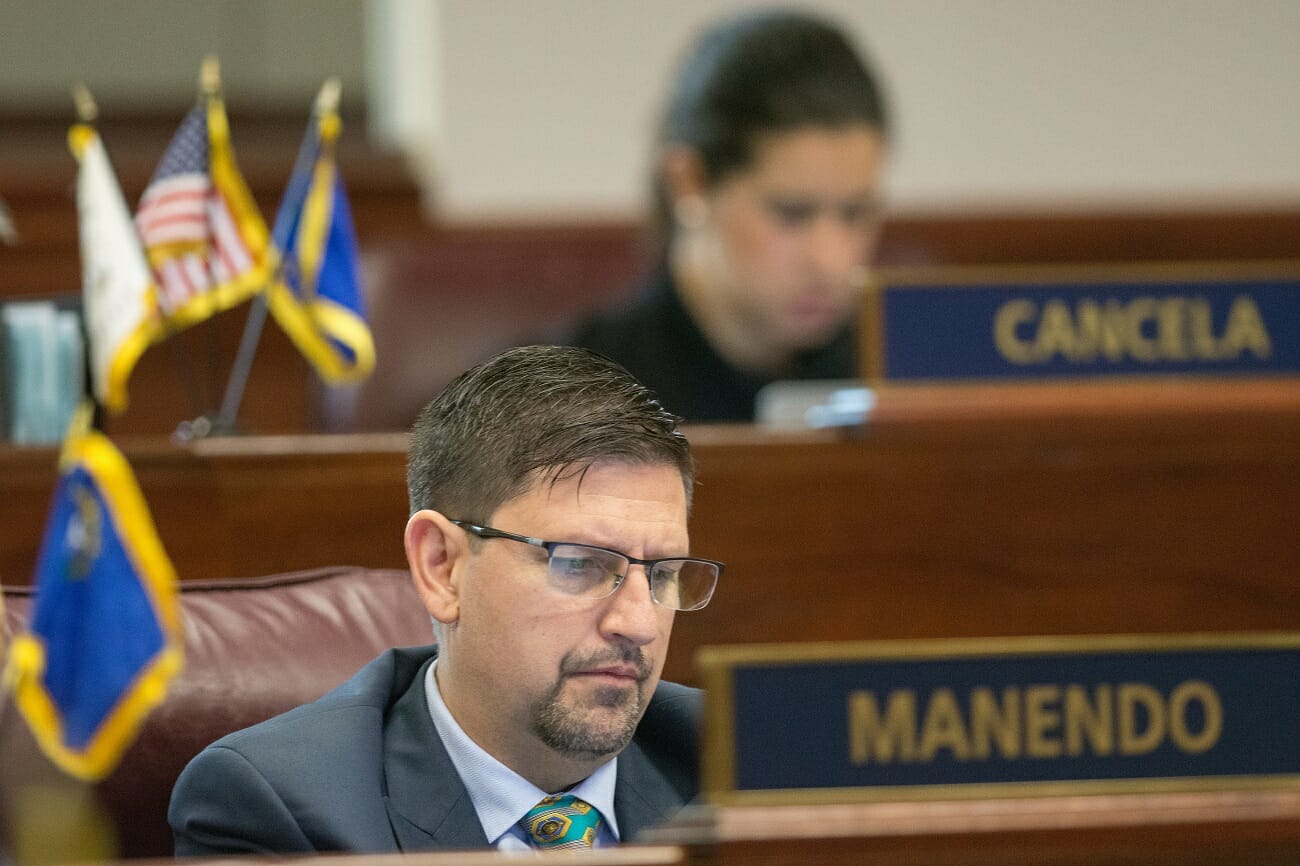 Manendo had chaired the Senate Transportation Committee, which only has one additional meeting scheduled and six Assembly bills left in committee. Nonpartisan Sen. Patricia Farley, who caucuses with Democrats, will assume those responsibilities.

“As this body is aware I have instituted an investigation into allegations into misconduct on behalf of one of our members,” Ford said on the Senate floor. “Having consulted with the senator from District 21 we have determined that it is the best interest of this body so that we can pursue the business for the remainder of the session as uninterrupted as possible that the chairperson of transportation will resign his position as chairperson.”

Ford declined to answer questions after the announcement about whether the investigation was complete or whether he’d release the final report, telling reporters only that “we’ll be issuing a statement soon.”

Shortly after, he issued the following written statement:

“Today, after consulting with Senator Mark Manendo, he and I agreed that he should resign his position as Chair of the Senate Standing Committee on Transportation, pending completion of the investigation into complaints about his conduct. It is important to know that we take allegations of misconduct seriously, and we continue to be committed to conducting a thorough, fair investigation free from any concerns regarding intimidation, retaliation, or bias.

Additionally, I have asked our attorneys to review the policies of the Senate to determine how we can improve the complaint process to ensure we have a responsive, efficient and effective manner in which to bring complaints and have complaints addressed. To the greatest extent possible, the Senate must be able to carry out its business free of these kinds of issues so that we can focus on what we came here to do, which is to make the best policies and laws for the State of Nevada.”

Farley had few details to offer about her new role as transportation chair.

“This just happened,” Farley said. “I will work with the caucus to continue to work through and end the session.

The removal comes with only a handful of bills left in the committee’s jurisdiction, after Friday’s deadline for bills to be passed out committees in their second house.

Ford confirmed in early May that he had asked the Legislative Counsel Bureau to hire an outside investigator to probe multiple complaints of sexual harassment against Manendo.

It’s not the first time that Manendo has been accused of harassing women. In 2003, Perkins asked legislative staff to look into allegations against the then-assemblyman, a probe that was ultimately inconclusive.

After that session, Democratic then-Assembly Speaker Richard Perkins decided not to re-appoint Manendo to chair the Assembly Government Affairs Committee. Perkins said the move was linked to the allegations.

An attorney for Manendo said earlier in May that the senator was cooperating with investigators and was confident that he would ultimately be exonerated. Republicans called for full Senate hearings into the allegations earlier this month.

"As the Senate Republican Caucus outlined in our May 9th release on this topic, we believe further action is warranted," he said. "We stand ready to work with our Senate Democrat colleagues on a fair and final resolution to this very serious matter."

The joint standing rules of the Assembly and state Senate prohibit sexual harassment and allow for a “discreet and impartial” investigation, with the complaint directed to a committee of lawmakers of the appropriate house. Legislators are directed to take “appropriate disciplinary or remedial action” if the sexual harassment policy is broken, but the rules don’t specify what that action might look like.