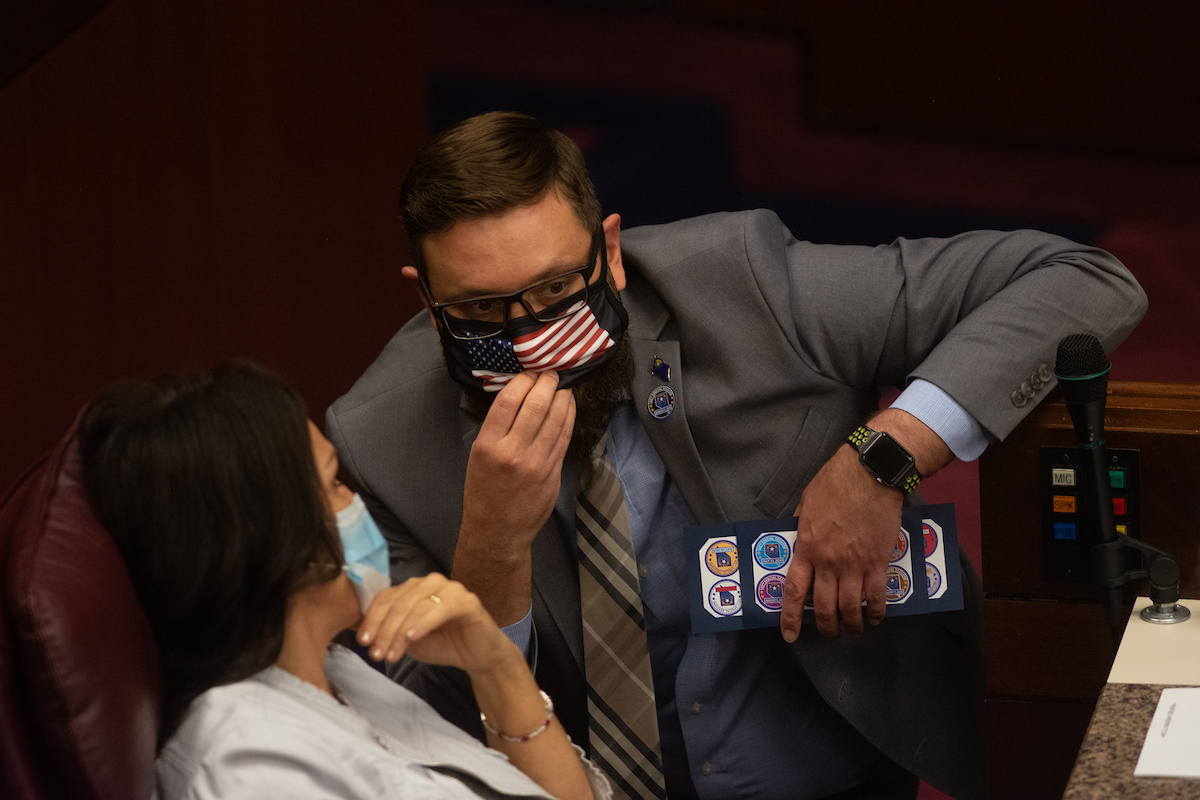 Nearly two months after filing, the most prominent legal challenge to redistricting maps approved by lawmakers and Gov. Steve Sisolak late last year has made little progress in court.

The suit, filed by Assemblyman Greg Hafen II (R-Pahrump) and former Nye County Commissioner John Koenig in mid-November, is so far the only major litigation challenging the state’s new congressional and state legislative maps, which are expected to give Democrats a better chance of retaining three of the state’s four congressional districts and legislative majorities.

But in the following two months, the case hasn’t made much progress in Carson City District Court; no opposition briefs have been filed and no hearing has yet been set.

There has been some activity in the case. Plaintiffs filed a peremptory challenge against Judge James Wilson in early December, with the case then being assigned to retired Judge Robert Estes in January. In an email on Monday, Hafen said an amended complaint will be filed this week with Elko County as an additional plaintiff and additional maps (Hafen did not respond to a follow-up email for more information on what the additional maps entail).

But any potential remedies could very likely run up against residency requirements ahead of the state’s candidate filing window for 2022 offices, which runs from March 7-18.

Residency requirements for statewide offices vary from at least two years for the six statewide constitutional offices such as governor, attorney general or secretary of state, to just being a state resident by the time of the election for U.S. Senate or U.S. House seats.

But for state legislative seats, potential candidates need to be a resident of the district for at least 30 days before the closing date of candidate filing (March 18). That means prospective legislative candidates need to be living within the boundaries of their district by Feb. 16 — a little more than a month away, and likely not enough time before all redistricting litigation and appeals can be addressed.

Filing deadlines and residency requirements aren’t necessarily hard and fast deadlines that preclude additional or future action on redistricting litigation, but courts are in general less likely to grant relief or order substantial changes when doing so would interfere with ongoing election processes.

In that instance, Democrats in the state filed a preemptive lawsuit in February — well before the end of the legislative session and before the first hearing on proposed maps was held — to ensure that any litigation happened in Carson City and as a hedge against an expected veto from then-Gov. Brian Sandoval, a Republican.

The expected vetoes came to pass, with Sandoval rejecting two sets of proposed maps passed on party-line votes by legislative Democrats. Shortly after the end of the legislative session, attention turned almost immediately to the courts, with Judge James Russell ruling in July that a special panel would complete the state’s redistricting process.

After several months of meetings and open hearing, the three-member panel of “special masters” approved the maps in October. No legal challenge or further appeals were filed.