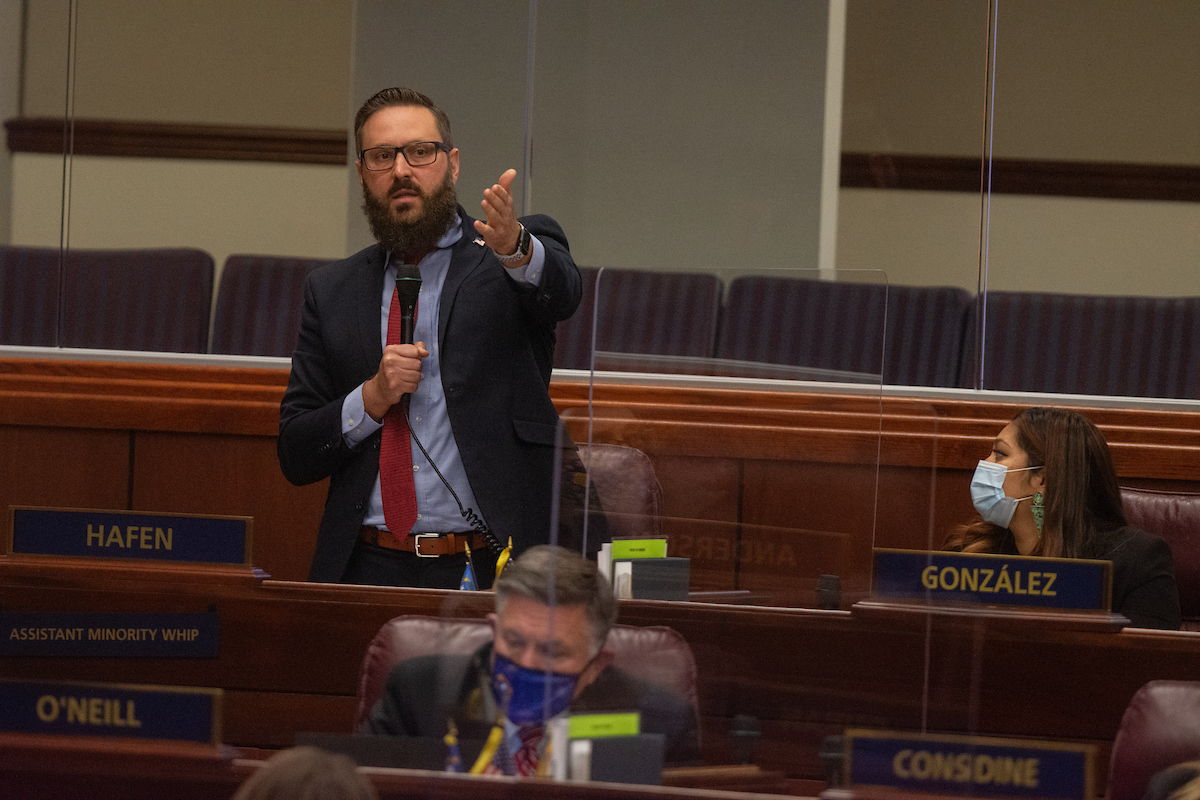 Nye County residents are suing over new maps the Legislature adopted earlier this month as part of the redistricting process, saying it split Pahrump and could prevent like-minded voters from electing a candidate of their choice.

The lawsuit was filed in Carson City District Court last Wednesday, one day after Gov. Steve Sisolak signed the new redistricting bills into law after a contentious five-day special session. The new maps are expected to give Democrats a greater chance of holding supermajorities in the Legislature, and better chances of controlling three of the state’s four U.S. House seats.

The two plaintiffs in the case include Assemblyman Greg Hafen II (R-Pahrump) and former Nye County Commissioner John Koenig, who under the proposed plan would be located in different Assembly districts despite living in the same municipality. The State of Nevada and Secretary of State Barbara Cegavske are named as defendants.

The maps move more than half of Pahrump into an Assembly district with Las Vegas residents, “lumping rural Nye County voters and metropolitan Clark County voters in one district despite sharing little to anything in common,” the suit said.

Plaintiffs alleged that the maps violate constitutional rights including the right to free speech by rendering Republican and nonpartisan voter voices less effective.

The bill, SB1, “dilutes their representation, diminishes their ability to be engaged in their government, and creates additional burdens on local elected officials,” the suit said.

The suit asks the court to declare the maps approved by lawmakers as functionally invalid, enjoin state election officials from running any elections based on the new districts and order creation of a new redistricting plan.

Hafen raised similar complaints about the maps in a floor speech before the Assembly passed the bill in a 25-17 vote, with all Republicans and one Democrat opposed. Democrats have defended the maps as fair and accurate.