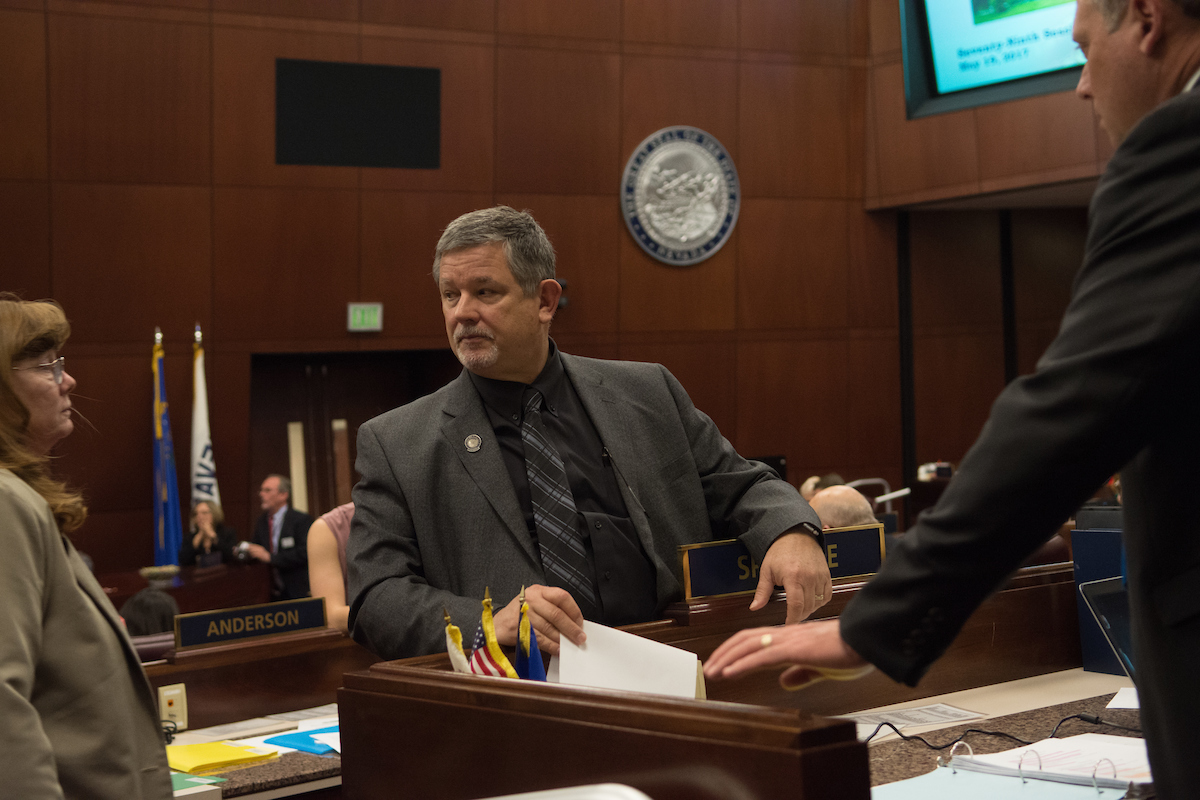 Brothel owner Dennis Hof said his campaign has put up four billboards in Pahrump that criticize his Republican primary opponent Assemblyman James Oscarson for a two-decade-old arrest — an escalation of a criticism that had first cropped up as a Twitter attack last year.

The black-and-white billboards feature the image of wrists in handcuffs and the words “Arrested for Assault” and “fire tax hiking James Oscarson.” Hof, who owns brothels including the Moonlite BunnyRanch, ran as a Libertarian in 2016 and lost to Oscarson by more than 20 percentage points.

Hof provided documentation from Flagstaff Municipal Court in Arizona that lists charges of assault and disorderly conduct for James Lee Oscarson, although details of the underlying incident were not listed and Hof said he can’t confirm exactly what happened. Documents from the case, which was filed Jan. 13, 1997 when Oscarson would have been 39 or 40, indicate that the city attorney dismissed the assault charge and that Oscarson entered a guilty plea on the disorderly conduct charge.

Officials from the Flagstaff Police Department didn’t immediately respond to a request for further details about the arrest.

Minutes from the case indicate that a $900 fine was reduced to $305 after the court received proof that Oscarson had attended 12 hours of impulse control training in a Las Vegas treatment center.

Oscarson didn’t respond to voicemails and an email seeking comment on the court case, the underlying incident and the billboards. But a spokeswoman pointed to a statement posted to Twitter in September 2016.

Asked about the billboards and whether the caucus would support Oscarson’s bid for a fourth term in the Assembly, Republican Assembly leader Jim Wheeler sent a brief email reply.

“The caucus, as a body, voted to endorse all incumbents. Assemblyman Oscarson is an incumbent,” Wheeler said.

The 2016 campaign between the two men mainly centered on Oscarson highlighting Hof’s job as a brothel owner, and Hof criticizing Oscarson for voting in favor of tax increases and extensions backed by Gov. Brian Sandoval in 2015.