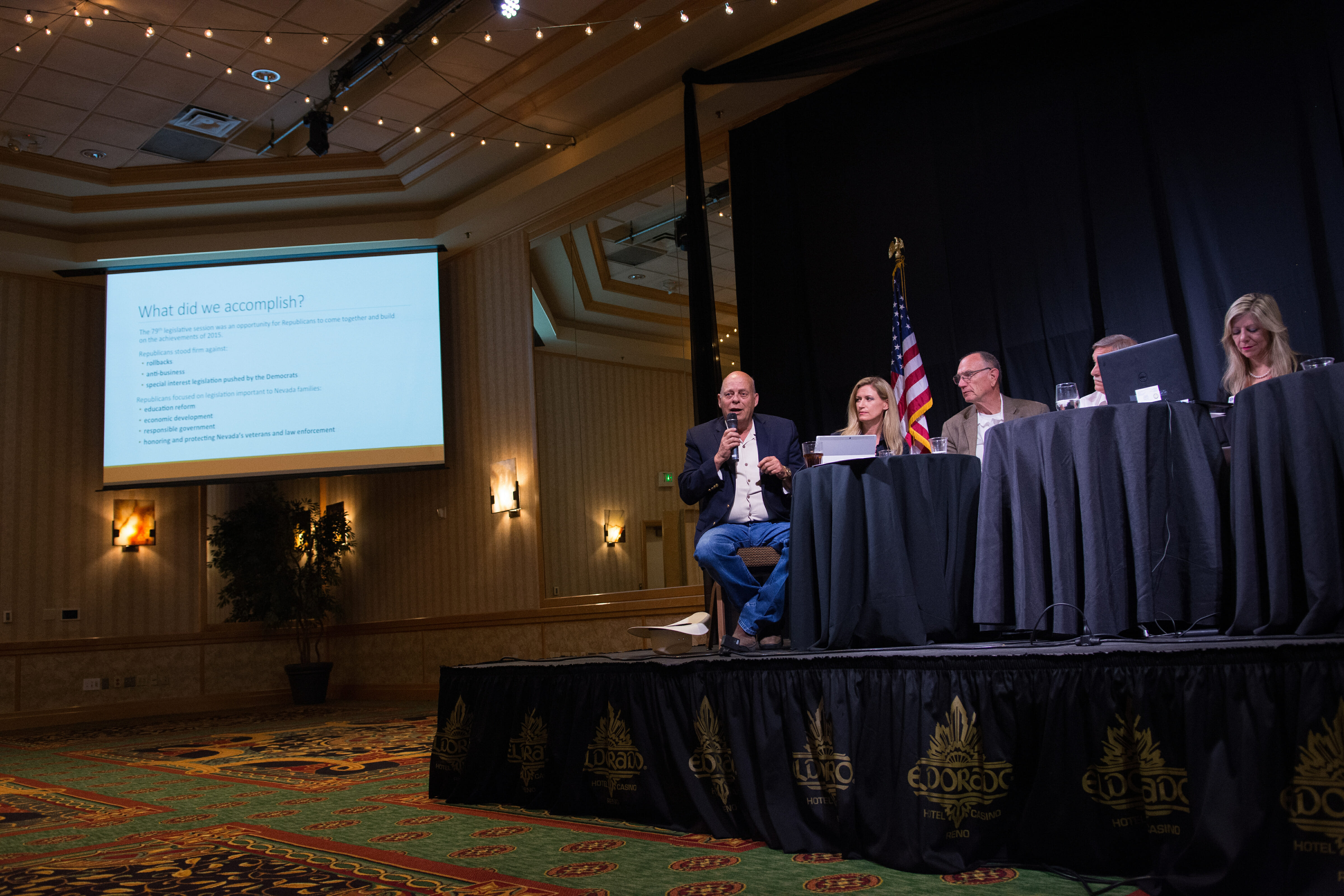 A group of Northern Nevada Republican lawmakers fielded questions from constituents and largely decided to back a ballot question barring “sanctuary cities” on Wednesday in their first public rehashing of a legislative session where they were in the minority.

Hosted by a political action committee tied to Republican Assemblyman Jim Wheeler, the roughly 70 minute question-and-answer panel attracted more than 120 attendees who quizzed legislators on topics ranging from the dearth of cursive writing among Millennials to issues with high school readiness exams.

Republicans in both the Assembly and Senate detailed their plans for the future and how they plan to address contentious issues facing voters in the 2018 election, including a ballot question that would prohibit “sanctuary cities.”

Assemblywoman Jill Tolles, a moderate who occasionally voted across party lines on high-profile issues including symbolic support for the Equal Rights Amendment, said she would support the sanctuary city ballot question that may appear on the ballot in 2018. But she was noncommital on her own future in the Assembly.

“I’ll let you know when I announce what I’m going to do,” she said.

Republican Sen. Ben Kieckhefer, also considered a moderate and close ally of Senate Minority Leader Michael Roberson, said that he too would be supporting efforts to place a ban on sanctuary cities in the state constitution.

“When you’re offered a petition, please sign it,” he told the audience.

Freshman Assemblyman Al Kramer, whose district encompasses Carson City, said an issue he hopes to revisit in a future term is civil forfeiture.

“It’s better that nine guilty people walk away free, than have one innocent person incarcerated unjustly, and it seems civil forfeiture falls right in that category,” Kramer said.

Fellow freshman Assembly member Lisa Krasner said she didn’t have a marquee issue in mind for her next run for Assembly.

“I try to get all my ideas for bills from my constituents that live in my district. And so I'm going to host a town hall meeting … and from those ideas and concerns I’ll put together some bill draft requests,” she said.

In interviews following the panel, Republican Assembly members John Ellison, Kramer, Krasner and Wheeler all confirmed they were running for reelection in 2018. Tolles said she was still weighing her options before deciding whether to run again.

Fellow Republican Sen. Ben Kieckhefer said earlier this week that he planned to run for his state senate seat again in 2018, and Sen. Heidi Gansert isn’t up for re-election until 2020.

Wheeler, who said he had no current desire to make the jump to a higher office, said that he planned to run on conservative issues (and on his horse) in his re-election bid but that his primary goal going forward would be for Republicans to reverse their minority status.

“My main thrust right now is to get other Republicans elected,” he said.