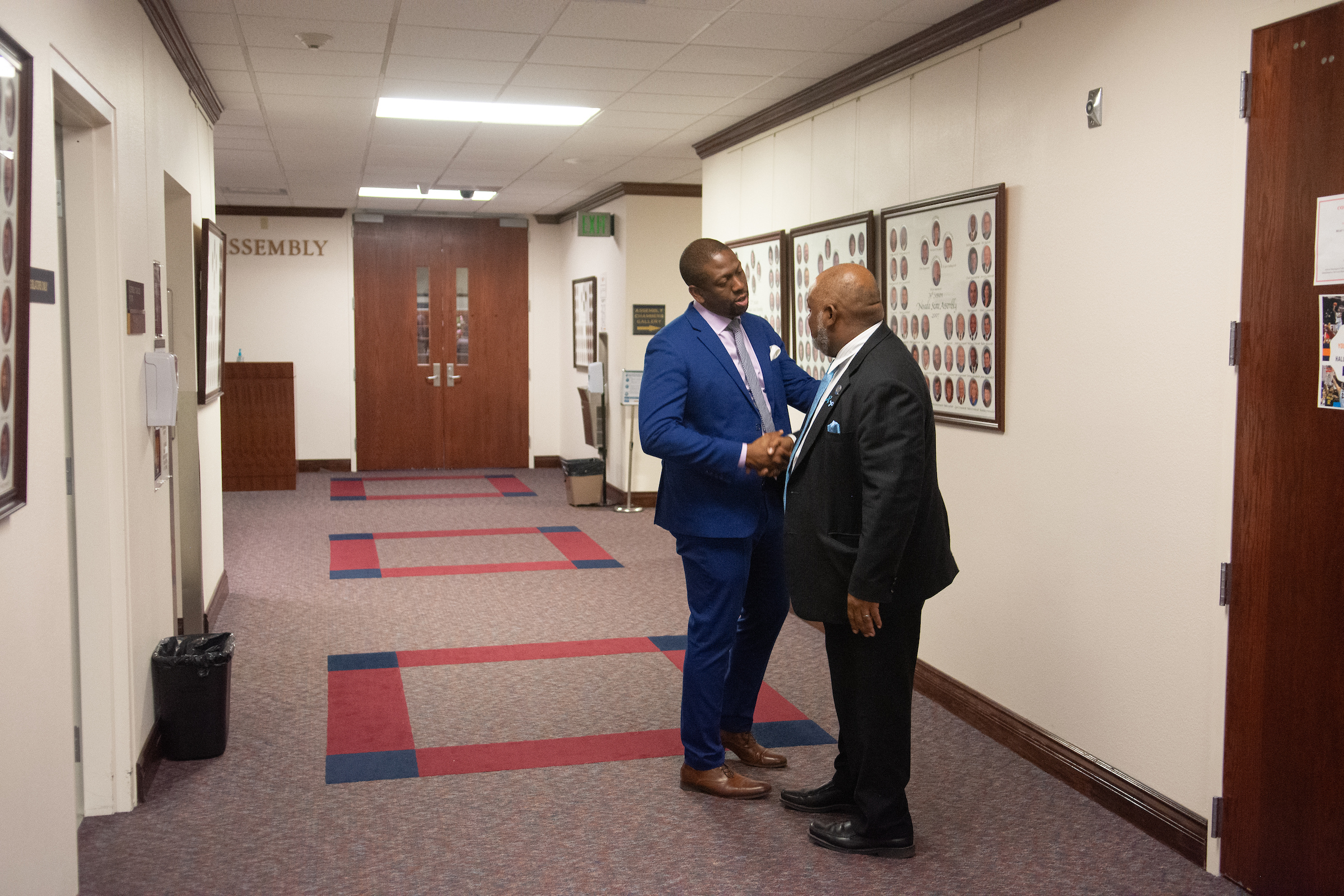 The Nevada Mining Association is asking state officials to tweak proposed regulations implementing a new tax on gold and silver mining, including changing the title and ensuring it won’t be applied retroactively.

The discussion came up Monday during a workshop held by the Department of Taxation, which is charged with developing regulations to implement the new tax approved in the waning hours of the 2021 legislative session.

During the meeting, association president Tyre Gray proposed a handful of suggested changes to the tax regulations, most notably a request to limit tax collections to mid-2021 and onward (when the law went into effect) rather than on proceeds from the full calendar year 2021 as stated in draft regulations.

Such a move would preclude the tax department from collecting tens of millions of dollars in revenue, but Gray said the state had never before attempted to collect a tax before the effective date of the bill, and that the concept of early collection “frankly never came up” during legislative discussions on the measure.

“This is an issue of fairness and equity,” Gray said on Monday. “Thinking of taxing behavior that happened prior to the effective date of the statute really does run afoul of those ideas around due process.”

In an email, a spokesperson for the Department of Taxation said the office was not able to calculate the estimated difference in collections for a full versus half calendar year. But the expected income from the tax is significant — The Economic Forum (a five-member panel of economic experts that approve projections of state tax sources) released projections at their December meeting that the new tax would raise about $83.3 million in the 2022 fiscal year, and $81 million in the 2023 fiscal year.

The tax is an annual assessment on any state-based gold or silver extraction business with annual gross revenue that exceeds $20 million. The tax rate is 0.75 percent of all taxable revenue up to $150 million, and 1.1 percent of all gross revenue in excess of $150 million. The proceeds from the tax are to be deposited in the state’s general fund for the next two fiscal years, and then in an account restricted to K-12 education expenses starting in the 2024 fiscal year.

During the meeting, Tax Commissioner Sharon Byram said she tended to agree with Gray and said she was “surprised that it would be a retroactive tax because that's not normally done.”

Gray also requested that the tax be renamed to indicate proceeds will be directed to education, in place of the more generic moniker of the “gold and silver excise tax” currently proposed in the regulations.

“I would just ask if there is a possibility of that, so that future generations to come won't confuse where these dollars are supposed to go,” he said. “These dollars are for our children.”

He also asked for clarification on certain parts of the draft regulations, including ensuring that mining operations focused on the extraction of non-gold or silver minerals that nonetheless come across gold and silver are exempted from paying the tax. He additionally requested clarification on the definition of “entity,” saying the tax was “always meant to kind of operate at the mine level” and not the corporate entity level.

In a statement, Gray referred to the new levy as the “Mining Education Tax” and said that the mining association “will continue to work closely with the Department to iron out any remaining wrinkles” with implementation.

The tax is the end product of a furious, behind-the-scenes negotiation between Democratic legislative leadership, Gov. Steve Sisolak and representatives from the mining industry, teacher’s unions and other powerful political players. The legislation adopting the tax was introduced just days before the end of the 120-day legislative session, which included a number of sweeteners aimed at getting enough Republicans on board to achieve the required two-thirds majority to pass any tax increase.

The Department of Taxation has scheduled a hearing to adopt the regulations for Jan. 24. If approved, the regulation would then move to the Legislative Commission, a 12-member panel of legislators charged with approving regulations developed by state agencies.