Behind the Bar: How the mining tax compromise deal came to be 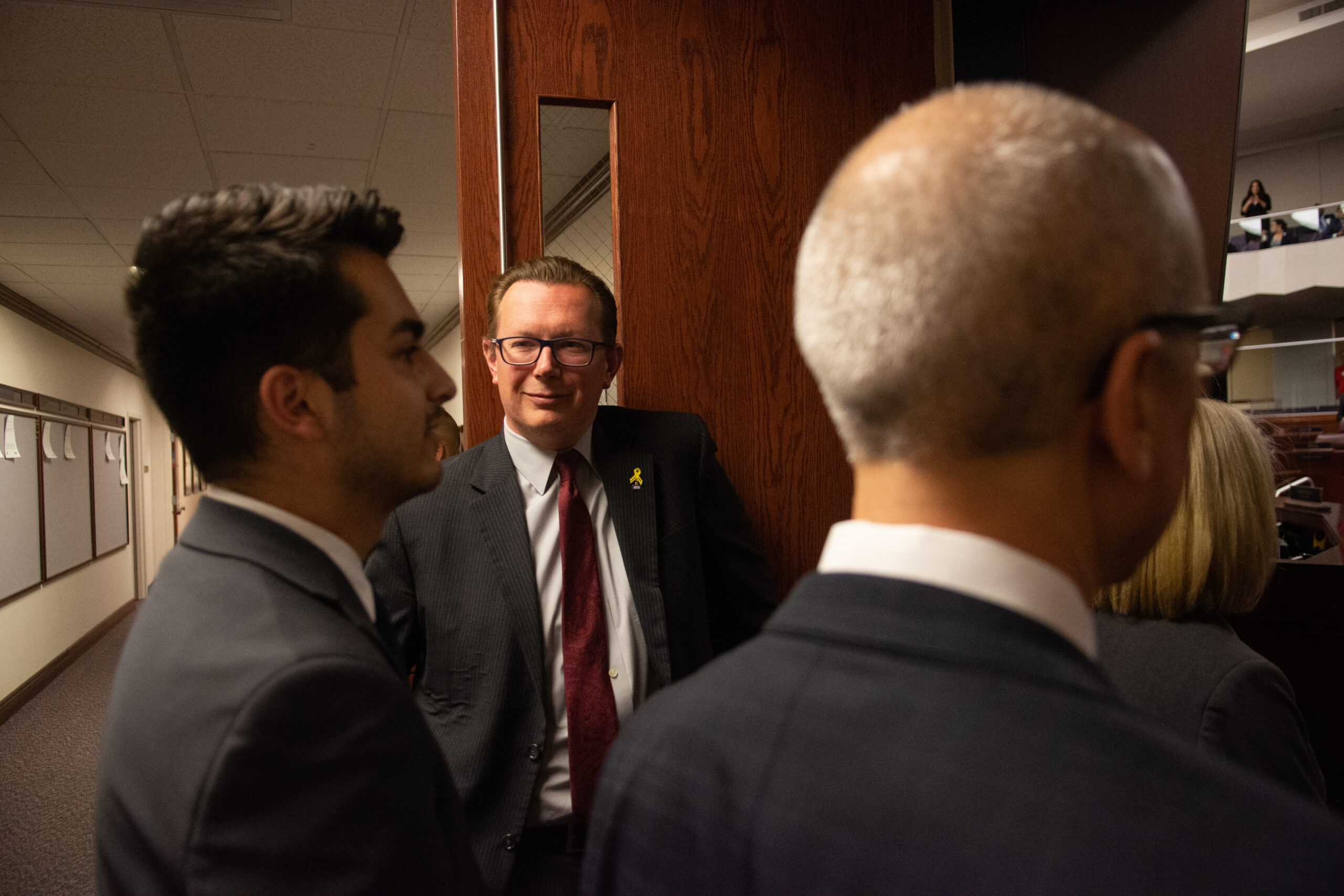 Since The Nevada Independent sprung into existence in 2017, we’ve covered three legislative sessions and fights over major tax policies pushed to the very end of the 120 days.

In 2017, a 10 percent excise tax on marijuana was defeated after negotiations broke down over a bill funding Education Savings Accounts, but was eventually resurrected in a compromise that saw another “school choice” program funded in exchange for votes from Republicans.

In 2019, Democrats pushed through a bill making permanent an expiring state payroll tax rate, relying in part on a legal opinion that the maneuver did not require a two-thirds majority vote (a move eventually struck down by the state Supreme Court.)

Even in the 2020 special session, a bill reducing mining tax deductions died, then appeared to gain a crucial Republican vote, then died again within 48 hours.

But even with diminished Democratic majorities, the mining tax bill of the 2021 session (AB495) appeared to glide to passage — introduced on Saturday evening, heard Sunday, and then passed out both legislative chambers on Monday with the needed two-thirds majority, even getting four of nine Republican senators in favor.

But the quick passage and (relatively brief) floor speeches are only the tip of the iceberg and don’t explain why a tax deal in 2021 worked out when many of the same players and issues were involved in past sessions.

The final deal was sealed up in a Sunday morning meeting in the state Capitol — all four legislative leaders, budget committee chairs and top Republicans on those committees (Sen. Ben Kieckhefer and Assemblywoman Jill Tolles) met with Gov. Steve Sisolak and his staff, agreeing to the rough contours of the “deal” to pass the mining tax with enough Republican votes in tow. Negotiations on both the structure of the mining tax itself and the concessions made to Republicans were handled by Assembly Speaker Jason Frierson (D-Las Vegas), the face of the deal in public and the prime legislative negotiator of the deal in private.

The deal wasn’t fully baked — negotiations and last minute requests continued until the final hours of session, including a hold up on voting out the capital improvements budget bill until the final 15 minutes of the session, just to ensure that all parts of the bargain were fulfilled.

Participants involved say that a tax compromise worked in 2021 (as opposed to all the previous examples) both because of political pressure — potential tax initiatives on sales and gaming revenue from the Clark County Education Association, as well as three legislatively driven mining tax question. All three of those could have not only major political ramifications, but serious ramifications for industry — many feared a mining tax, which would likely gin up rural turnout and hurt Democrats statewide, would still likely pass given how close a similar 2014 initiative came to passing.

But beyond the ballot questions, personalities and quirks of term limits also played a role. Three of the six Republican votes for the deal are either termed out, or planning to run for a nonpartisan race.

The deal: Several portions of the “deal” closing the session and getting votes for the mining tax bill were readily apparent as of sine die.

Lawmakers moved to strip the straight-ticket voting language from Sen. Roberta Lange’s SB292, and other Republican asks were included right in the text of AB495. These include:

Other sweeteners were added in a last-minute amendment to SB461, the “waterfall” funding bill directing allocations of the state’s expected $2.7 billion in federal American Rescue Plan dollars. The $15 million in appropriations include:

Obviously, Republicans asked for more during the negotiations, but any concessions had to be weighed against whether their inclusion would peel off any votes from progressive Democrats and satisfy the Clark County Education Association (see the last-minute inclusion of a study on school board makeup and potentially appointing trustees).

One of the bigger sticking points was a permanent funding source for Opportunity Scholarships. One of the biggest concerns is that families receiving the scholarships will run into the same issue in the 2023 legislative session and again have to advocate for funding amid strong pushback from public education advocates.

A Republican governor in 2023 would likely push for expansion of the program, but Sisolak was cagey when asked during a post-session press conference on Tuesday about whether he would include funding for the program in his recommended budget for the next biennium.

“This was an agreement that was made. I'm going to follow through with my side of the agreement, all the terms that were made,” he said.

Republicans also pushed for further election changes (removal of ballot collection or “ballot harvesting” from the expanded mail voting bill), and a partisan balance on an interim redistricting commission — both rejected by Democratic leaders.

Other requests, less partisan and more focused on education, were easier to swallow, including money so charter schools were held harmless against financial losses in the switch to a new funding formula (SB463) and inclusion of the $15 million in federal dollars for learning loss programs at charter schools. Other Republican requests were deemed noncontroversial — including measures related to prescription HIV treatment drugs and enrolling recently released inmates in Medicaid (a Settelmeyer bill on both those topics failed to make it out of the Assembly, but the concepts were passed out in other legislation).

The politics: The six Republicans who voted for the mining tax deal had different rationales for voting for the compromise.

Sen. Keith Pickard (R-Henderson), who in a floor speech complained about special interests pushing the decision, all but committed in an April interview with the Associated Press that he would support a mining tax proposal if it came up in the session. The Henderson Republican said he was undecided on his vote walking into the floor session.

Tolles and Gansert — who represent Northern Nevada — have both staked out reputations as more moderate and willing to discuss enhanced education funding in the right circumstances.

In interviews with The Nevada Independent, Tolles and Roberts both said that having the mining industry in support of the measure was a necessary factor, as well as having the money specifically earmarked for education.

“I'm not going to be in politics forever, but I'm always going to be a human being and a wife and a mom and a professional and a member of my community,” Tolles said. “And so every decision that I have to make can't be about whatever is going to happen in the future, it has to be about whether or not I feel good about what's right in front of me and how I feel about it when I'm looking back at my life.”

Updated at 6:35 p.m. on Thursday, June 3, 2021 to include more details about the end of session negotiations.