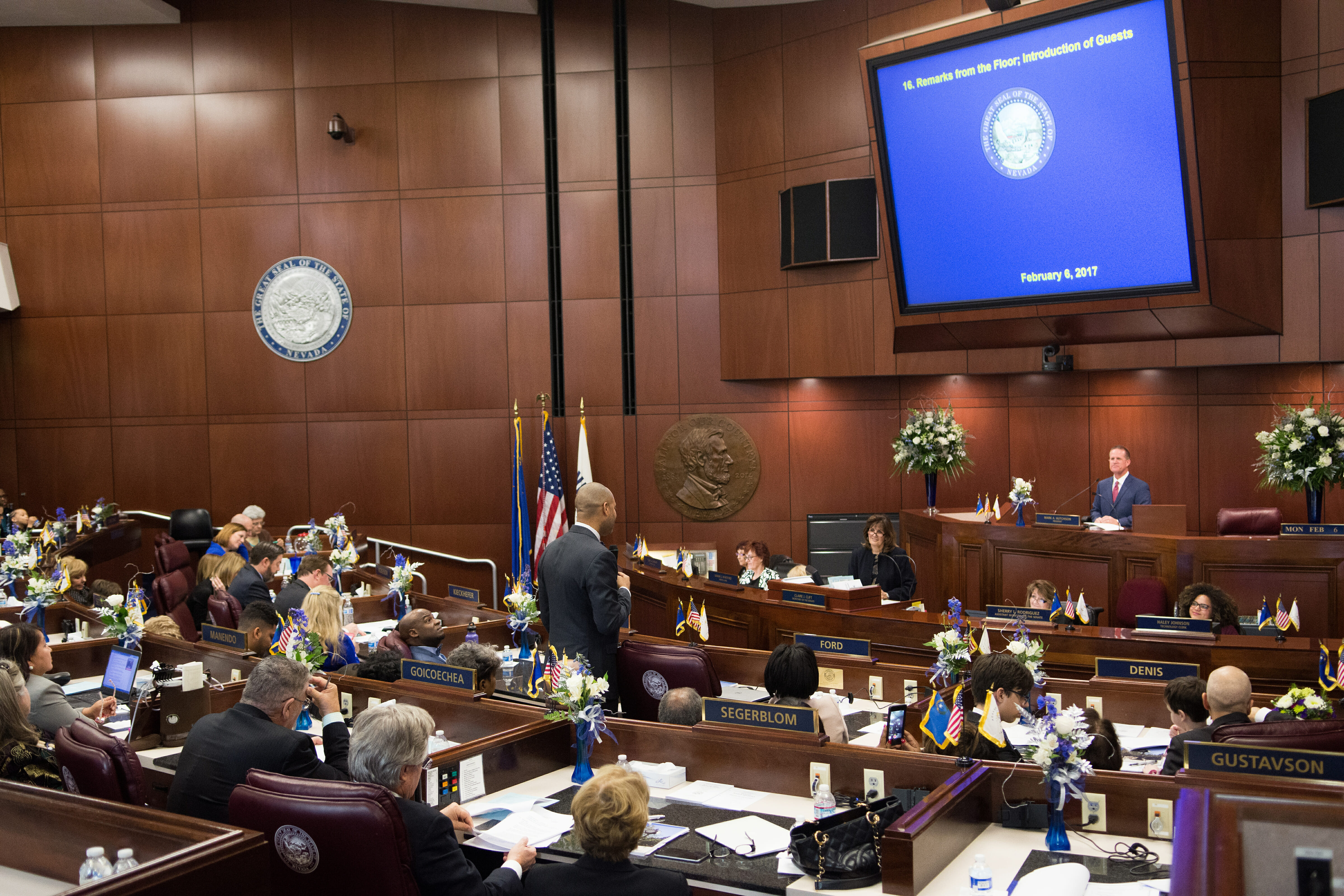 Major policies that had stalled in a bitter dispute about Education Savings Accounts whisked through the Senate late Sunday, signaling a long-awaited agreement between the two parties that could bring the legislative session to a timely close and ensure the state has a complete budget.

Republican proponents conceded that their fight for the Education Savings Accounts program, which offers public funds that parents can direct toward private school tuition and other qualifying education expenses, had been lost, even as a similar program for low- and middle-income children’s scholarships was expanded through the trade.

“It feels like this building has been taken over by people who worry more about politics and the next election than it does about policy,” said Republican Sen. Scott Hammond, who authored the ESA program in 2015 and vowed to continue the fight later. “It's sitting on the shelf — I'm always going to be fighting to make sure we fund the program. I think this is an idea whose time has come and there's no doubt in my mind that this is what families need and they want.”

The rush to seal the fragile deal, which is now primed for Assembly passage on Monday, unfolded in mere hours.

Around 11 p.m., a bill dropped in the Senate to expand the Opportunity Scholarship program, which gives businesses breaks on their payroll taxes for donating to scholarships. The program, approved in 2015, offers awards of up to $7,700 per child to families who make up to 300 percent of the federal poverty level.

The bill sponsored by all four legislative leaders, SB555, proposes an additional, one-time $20 million allotment for the scholarship program, for a total of $33 million in funds going toward the program over the next two years.

Moments after introducing the measure, the Senate resolved into a Committee of the Whole to conduct a short hearing on the measure in the Senate chambers. Within 20 minutes, it had unanimously passed from the Senate.

Immediately afterward, the Senate voted 15-6 for a bill imposing a 10 percent excise tax on recreational marijuana. That proposal had failed on Thursday when Democrats brought it up for a vote without a deal on the polarizing ESA program.

“You always want to take stuff seriously because you never know where you’re going to end up,” she said. “But the votes weren’t there. So, no ESAs.”

An amendment unveiled Sunday night reallocated the roughly $60 million that the marijuana tax is expected to generate over the next two years from the state’s main education account to the state’s “rainy day” reserve fund.

The marijuana tax was originally proposed by Republican Gov. Brian Sandoval after voters legalized recreational pot in November, with funding dedicated toward public education. But the bill that now carries the tax is SB487, sponsored by Democratic Sen. Julia Ratti.

The agreement cleared the way for a 15-6 vote on a $346 million construction budget bill that was held up earlier in the week when Republicans opposed it and the Senate was unable to reach the two-thirds required majority to pass. SB546 is the only remaining budget bill that hasn’t been transmitted to the desk of Gov. Brian Sandoval; the same group of Republicans who supported the pot tax joined Democrats to support it.

The bill, known as the Capital Improvement Plan, authorizes funding for educational buildings at three different colleges, repairs on state-owned office buildings and prisons and a universally popular veterans nursing home in Reno. Failure to pass that bill would have threatened the state’s bond rating and blown a multi-million dollar hole in the state’s budget.

Republican Sen. Becky Harris, one of the three Republicans to support the bill along with Sens. Ben Kieckhefer and Heidi Gansert, said that time was running out to negotiate and that since Opportunity Scholarships are similar in some respects to ESAs, she couldn’t pass up the opportunity to allocate additional dollars to the program.

“The option was to either compromise where we could compromise or go home with nothing,” Harris said.

Hardline Republicans, including firebrand Assemblyman Ira Hansen, blamed Sandoval for not forcing a special session over the quasi-voucher ESA program and said that his party “capitulated ridiculously” in not pushing harder for the program.

Assembly Republican leader Paul Anderson said that Sandoval was on board with the bevy of measures approved out of the Senate, and that there’d be enough votes in the Assembly to pass the marijuana tax and construction budget later on Monday. He said the caucus would continue pushing to fund the ESA program — still in place in state law — in future sessions.

“We’ll come back to fight that fight another day,” he said.

The rapid succession of late-night votes comes only a few days after negotiations over the ESA program and a host of other issues fell apart. Republicans voted down the marijuana excise tax Thursday and voted lockstep against all budget bills after Democrats declined to take up a heavily amended ESA bill proposed by Republican leadership.

Now, with the marijuana revenue back in the picture, lawmakers have more money to work with. Anderson said a forthcoming bill will set aside $25 million for the UNLV Medical School that would be spent if the university finds a donor to match the contribution.

As for other proposals on how to use extra money — from giving state employees an even higher raise to investing in the weighted school funding formula beyond the $72 million already approved — Anderson said the state is pretty much spent.

“I don’t envision any further large appropriations,” he said.

The Senate also voted out a major diabetes drug transparency bill, separate from the endgame negotiations, on Sunday night. The measure now heads to the Assembly for final approval Monday.