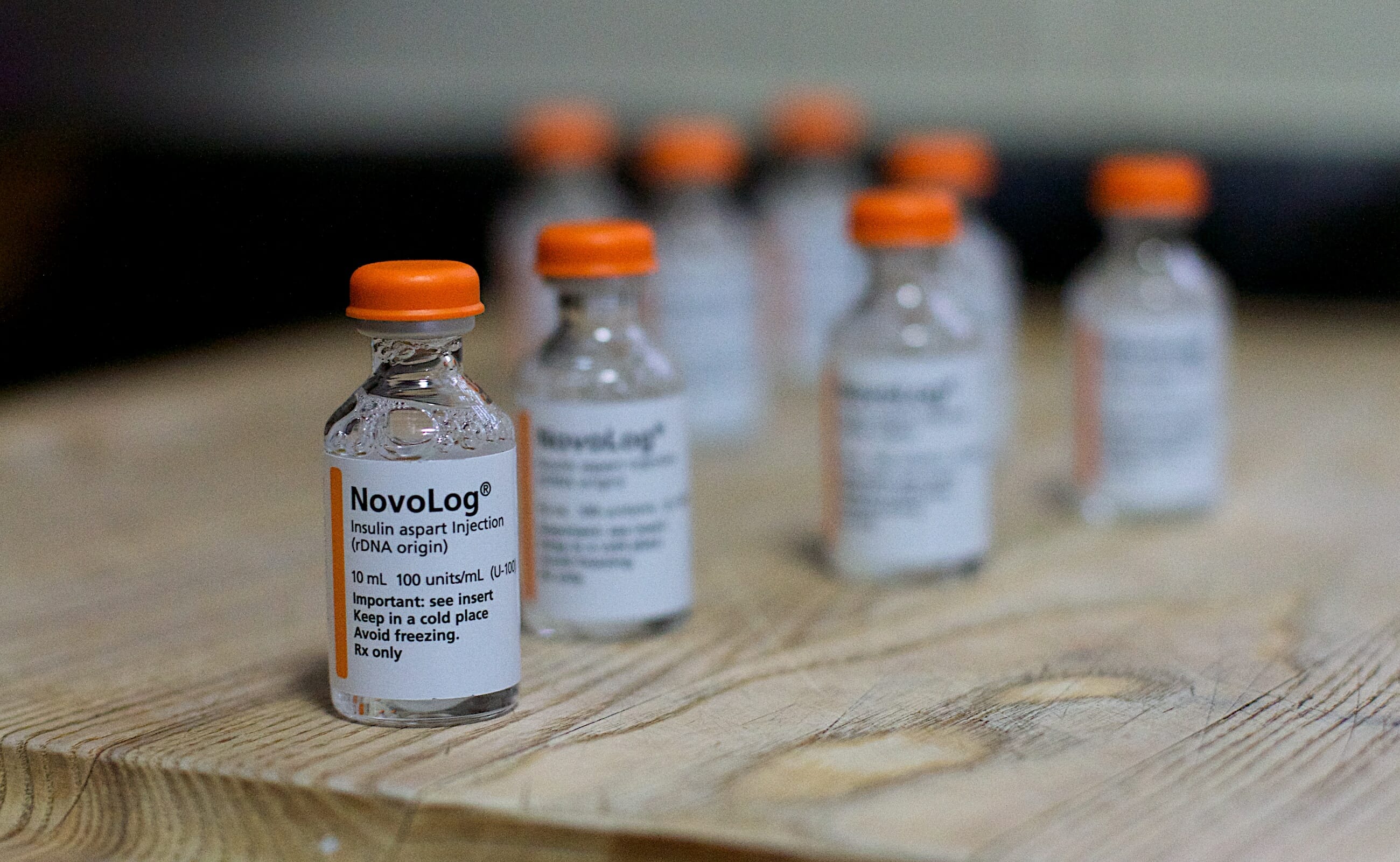 Update 6-5-17 at 7:15 p.m.: The Assembly passed the hybrid diabetes drug transparency legislation Monday evening on party lines. The bill now heads to the desk of Republican Gov. Brian Sandoval, who has said that he will sign the measure. Details here.

A hybrid of two diabetes drug bills passed the Senate just after midnight on Monday after most elements of a Democrat-backed pharmaceutical transparency bill vetoed by the governor were amended into a Republican-sponsored measure tackling transparency in a different portion of the drug pricing process.

The chimera legislation, sponsored by Republican Senate Minority Leader Michael Roberson and amended to include almost all of Democratic Sen. Yvanna Cancela’s recently vetoed bill, mandates transparency from both pharmaceutical companies and the middlemen in the drug pricing process known as pharmacy benefit managers, responsible for negotiating between pharmacies and insurance companies. Republicans expressed concerns last month that Cancela’s bill only placed transparency mandates on manufacturers and left out PBMs, echoed by Republican Gov. Brian Sandoval in his Friday veto message.

“Complete transparency would shed light on every stage in the prescription drug supply process, and require all participants to share the same disclosure responsibility,” Sandoval wrote. “The selective and narrow approach reflected in this bill is unlikely to achieve sound public policy solutions for patients in Nevada.”

Republicans in the Senate voted for Cancela’s bill, 19-2, with the understanding that Roberson’s bill, introduced as an emergency measure in mid-May, would receive a hearing in the waning days of the session. The Assembly voted out Cancela’s bill soon after on party lines.

The legislation as amended includes language from the original versions of both Cancela’s SB265 and Roberson’s SB539. It requires manufacturers of diabetes drugs, such as insulin, whose drug prices have increased by more than a prescribed amount over the previous year report the costs of producing and marketing the drug, as well as any rebates they offer — provisions originally in Cancela’s bill — and also mandates PBMs submit a report to the state including the total amount of all rebates that PBMs negotiated with diabetes drug manufacturers in the preceding calendar year and the total amount of rebates retained by PBMs — a component of Roberson’s legislation.

“This is a bipartisan compromise,” Roberson said on the Senate floor. “It’s actually better than a compromise because we are focused all along the supply chain from the pharmaceutical manufacturer on down to the retail pharmacist in making a serious effort to address the skyrocketing costs of diabetes drugs to patients here in Nevada.”

Cancela urged lawmakers to take advantage of the opportunity before them and support the bill.

“We have an opportunity to put forward bipartisan, strong legislation that lets patients get an answer to the question, ‘Why are my drugs so expensive?’” Cancela said. “It’s an opportunity that may not come around very often.”

The hybrid bill passed out of the Senate 19-2, with Republican Sens. Joe Hardy and Ben Kieckhefer opposed to the legislation, early Monday morning. The Assembly will take the legislation up on Monday, the last day of the legislative session.

Hardy, who also voted against SB265, said that he still wasn't sure what the legislation would to do lower drug costs for patients.

“I don’t know that I can, in good conscience, vote for it simply because I don’t understand the process myself,” Hardy said.

Cancela’s bill was part of a last-ditch negotiation effort Friday night to bring back the divisive Education Savings Accounts program, which was approved during the 2015 session and stalled after a state Supreme Court decision last year halted its funding mechanism. But Democrats have remained staunchly opposed to the program, arguing that it allocates public dollars toward private education.

The amendment did not include the section of Cancela’s bill requiring manufacturers to notify the state 90 days ahead of any planned price increases. Sandoval expressed particular concern about that portion of the bill in his veto message, saying it could create a “perverse incentive” for some to stockpile drugs to maximize profits and give purchasers, wholesalers and secondary distributors greater financial incentives to restrict access to drugs.

“In short, SB 265 risks creating a ‘buy-low, sell-high’ culture with regard to diabetes medication, which will only serve to exacerbate access-to-care challenges in Nevada,” Sandoval wrote.

Other provisions of Roberson’s bill that remained intact in the amended bill include a requirement that manufacturers explain any price increases in their diabetes drugs, a specification that PBMs must act in insurers’ best interests and a ban on PBMs placing gag orders on pharmacists preventing them from discussing lower-cost alternatives with patients. The amendment also deleted a provision requiring pharmacy benefit managers to be licensed by the state, which would have had a fiscal impact on the state.

The amendment also added in a portion of Cancela’s bill requiring pharmaceutical sales representatives to annually report details of interactions with doctors, including who they visited and what samples or gifts they handed out, while narrowing what kind of gifts to doctors they must detail to any compensation in excess of $10 or total compensation that exceeds $100. It also expanded on the mandate from SB265 that health care nonprofits disclose contributions they receive from pharmaceutical companies by requiring the disclosure of contributions from PBMs and insurers as well.

The amendment to the legislation also requires that any administrative penalties imposed on manufacturers, PBMs or nonprofits for failing to disclose the required information go toward funding diabetes education programs.

This story was updated at 12:47 a.m. on 6-5-17 to include information about the amendment and the Senate vote on the measure.