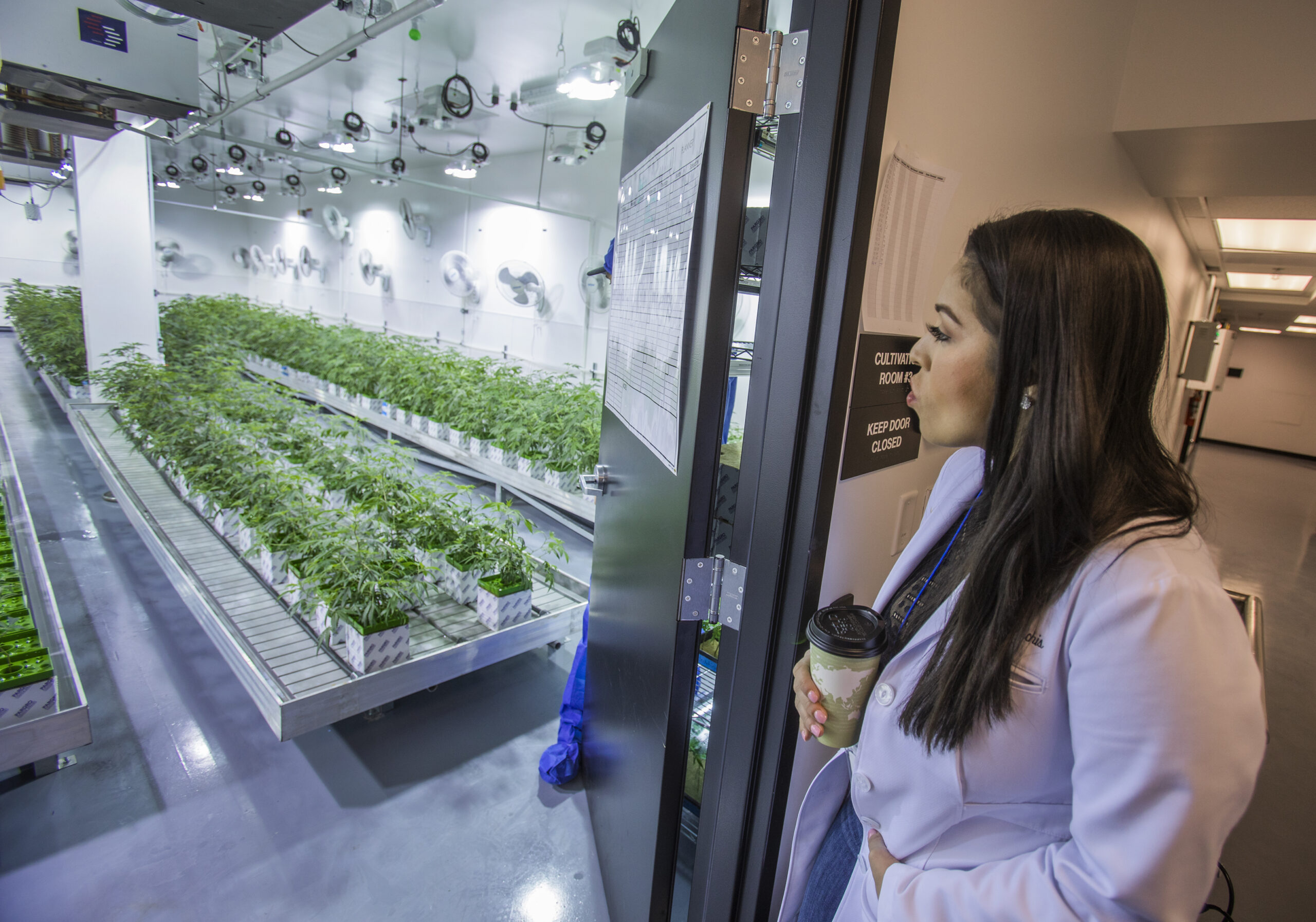 Lawmakers on Tuesday dropped much-awaited legislation that would establish a board tasked with top-to-bottom regulatory authority over the marijuana industry — a promise made by Gov. Steve Sisolak.

The 160-page omnibus pot bill, introduced in the Assembly as AB533, plans to place almost all of the responsibility for overseeing Nevada’s burgeoning pot industry under the thumb of a new, five-member Cannabis Compliance Board with regulatory authority and an associated advisory panel, the Cannabis Advisory Commission. The board, like its model, Nevada’s gold-standard Gaming Control Board, will be responsible for everything from issuing licenses to meting out punishment when businesses deviate from established rules.

“Public confidence and trust can only be maintained by strict regulation of all persons, locations, practices, associations and activities related to the operation of cannabis establishments,” the bill states, adding that the success of the industry hinges on it being “free from criminal and corruptive elements.”

A plan for a dedicated regulatory entity focused on marijuana comes as the Nevada Department of Taxation — the entity regulating the industry now as part of its many other duties —  faces numerous lawsuits alleging questionable practices and excessive secrecy. The existing structure also came under scrutiny from a task force that worked on the legislation; members questioned whether the state had enough enforcement teeth to manage such a large, monied industry.

The legislation will officially take effect on Jan. 2, 2020, though the process of setting up the board and the rest of the regulatory framework will begin as soon as the legislation passes.

Under the legislation, members of the board won’t be allowed to have a monetary interest in any business or organization with a license from the board. It also specifies that no more than three of the five members can be from the same political party.

The board will be allowed to meet at least once a month and appoint an executive director to help it with its business.

In line with its regulatory role, the board will be tasked with auditing licensees and submitting an annual report to the Legislative Counsel Bureau on the number of audits it performed, a summary of its findings and the cost of each audit.

The board’s executive director will also be responsible for referring any known or suspected violations of state marijuana law or regulation to the attorney general to determine through an investigation whether disciplinary action is warranted. If so, the board will determine whether it agrees and will either proceed with disciplinary action or dismiss the case.

The board will determine through a hearing process whether to hand out punishment to licensees, including limiting, conditioning, suspending or revoking licenses or imposing a civil penalty of no more than $10,000 for each violation.

After the hearing, the board is required to issue a written decision on the merits, which can be challenged through a judicial review or at the appellate court level.

The decision of whether to allow marijuana consumption lounges — something that has been oft-debated in Nevada — will also be left up to the discretion of the board under the legislation. If the board decides to authorize such lounges, the legislation lays out specifics for how those lounges would be operated.

Consumption lounges would be required to be more than 1,000 feet from a public or private school, 300 feet from a community facility and 1,500 feet from a business with a nonrestricted gaming license. Lounges would also be barred from serving alcohol — though they would be able to sell food and nonalcoholic beverages — and offering gaming on their premises.

The bill additionally leaves the oversight of products made from industrial hemp or with CBD with a THC concentration of no more than 0.3 percent up to the board.

It prohibits the people without a license from advertising, selling or taking orders for cannabis. That hits at concerns in the industry that businesses without the requisite licenses are conducting unlicensed deliveries or other auxiliary activities.

The legislation also creates a 12-member Cannabis Advisory Commission tasked with considering all matters submitted to it by the board, the governor or the Legislature, recommending to the board any guidelines, rules or regulations and advising the board on preparing regulations.

The advisory commission will also be allowed to appoint up to five subcommittees on preordained topics including advertising and labeling products, public safety, the cannabis industry as a whole, market participation and preventing unlicensed cannabis sales.

AB533, which imposes fees for cannabis business licenses and marijuana industry agent cards that are in line with existing fees, requires a two-thirds vote of lawmakers to pass.