Political donations from opioid-related pharma companies slow down in 2018 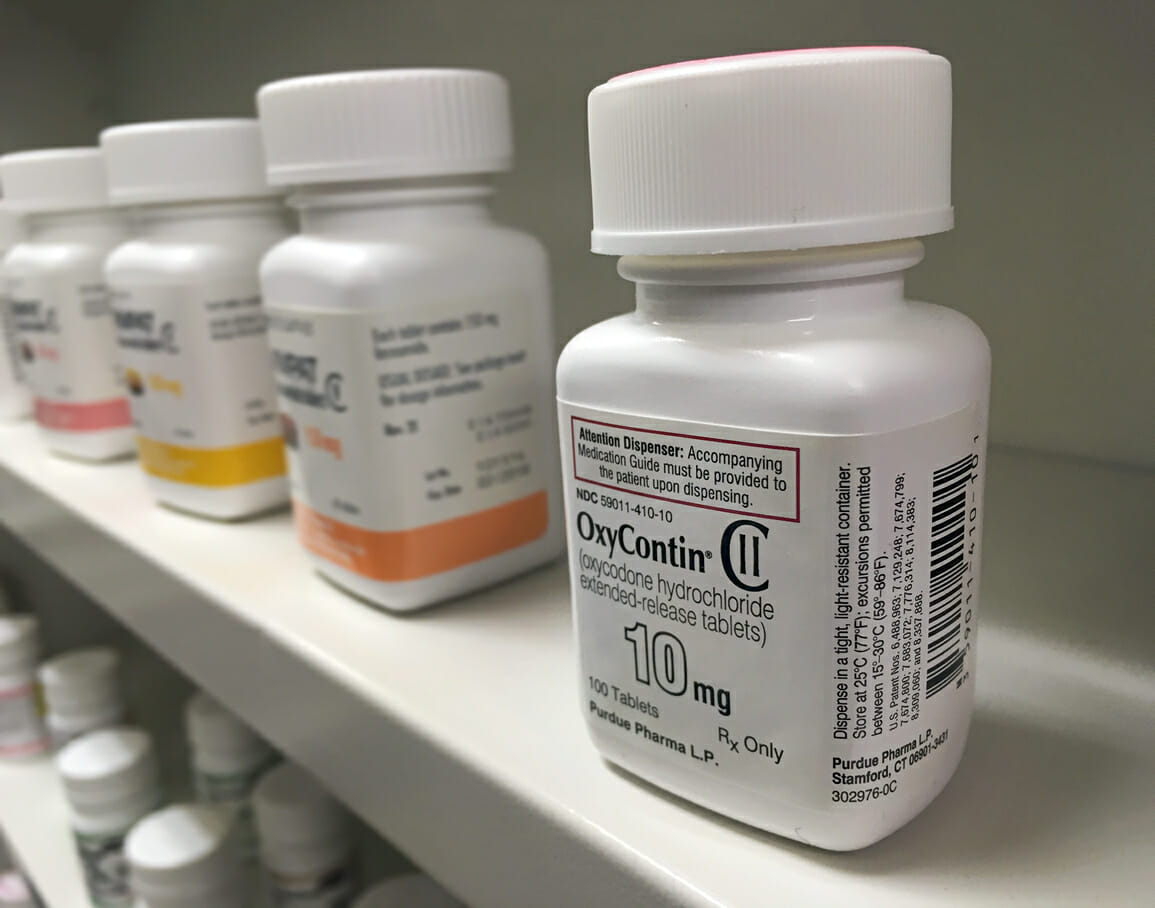 Campaign contributions from pharmaceutical companies named in lawsuits filed by the state and several local governments have largely dried up this year, according to a review of campaign finance records by The Nevada Independent.

The pharmaceutical industry — long one of the biggest political players in the country, donating tens of millions of dollars to candidates and politicians at all levels of government — has contributed less to state-level candidates this election cycle despite contributing nearly $1 million to various candidates and PACs over the past decade.

Seven of the 14 pharmaceutical companies implicated in a Clark County opioid lawsuit that had donated more than $934,000 to state level candidates or party committees have been easing off, and only two named companies — Johnson & Johnson and Purdue Pharma — continued to donate any money after those lawsuits were filed.

The two companies have donated more than $186,000 and $219,000 to state level candidates and committees since 2008, respectively, with a bulk of both totals going to the Republican State Leadership Committee.

In its most recent donations, Johnson & Johnson has given to a number of leaders on both sides of the aisle in the Senate and Assembly in small-money contributions ranging from $500 to $1000, while both companies gave a one-time donation of $25,000 to the state GOP leadership committee in August.

Other large donors named in the lawsuit, including Allergan, Mckesson and Teva Pharmaceuticals, have stayed out of Nevada completely in 2018, despite past donations totaling more than $300,000 collectively.

The industry itself, however, is still sticking close to state politics. The industry lobbying group Pharmaceutical Research and Manufacturers of America, or PhRMA — which has donated more than $200,000 to state candidates, legislators and PACs since 2011 — gave $75,000 to the state Democratic party early this month. That’s in addition to a PhRMA-backed ad buy, also from this month, looking to boost nine Republican and Democratic legislative candidates in the final days of the campaign.

There are several lawsuits at hand, including a lawsuit by the Clark County district attorney’s office and the state attorney general’s office. Both claim drugmakers were irresponsible in the production, marketing and prescription of powerful opioids, but the Clark County suit lists 14 defendants, including Johnson & Johnson, Purdue Pharma and Allergan. The suit from Attorney General Adam Laxalt only targets Purdue, the maker of Oxycontin, for deceiving the public so that it might “[line] its pockets” while hospitalizing thousands.

It is difficult to ascribe motivations to corporate political donations — or a lack thereof. Political donations are inherently opaque and often times corporations will wait to donate to a candidate until after they’ve won an election. It’s common practice in Nevada, and some companies implicated in the lawsuit — including Allergan and Teva pharmaceuticals — have a history of donating to candidates before the legislative session.

Moreover, many (though not all) pharmaceutical donations have little partisan bias, often spreading money more or less evenly between Democrats and Republicans.

But many of the companies involved in the manufacture, sale and marketing of opioid drugs have sought to distance themselves from the national epidemic — and the lawsuits that have come with it.

Allergan even went so far as to sue Pfizer — the original manufacturer of its morphine drug Kadian, for which Allergan acquired the rights in 2008 — for liability in the marketing and sale of the drug in the wake of thousands of lawsuits looking to hold Allergan financially responsible for opioid-related deaths.

In Nevada, average donations by pharmaceutical companies have been historically small, just a few thousand dollars here and there to state level candidates across the political spectrum. The biggest recipients have been current or former party leaders, including Republican state Sen. and Minority Leader Michael Roberson (who received about $12,000 since 2011) and Democratic Assembly Speaker Jason Frierson (who took in nearly $9,000, also since 2011), though the average total contribution is closer to $3,800.

None of the companies made any direct donations to Democratic gubernatorial candidate Steve Sisolak, while his Republican opponent Attorney General Adam Laxalt received $3,000 in small-money donations between 2014 and 2016.

For federal candidates, the sum total of money donated by the health-care industry is often much larger, though individual corporate donations are relatively small. For instance, according to campaign finance data compiled by the Center for Responsive Politics, incumbent Republican Sen. Dean Heller received about $15,000 each from the pharmaceutical companies Pfizer and Amgen in 2018 — the largest single donations by pharmaceutical companies to his campaign. But he took in more than $874,000 from the health industry writ large, about 2/3s of which came from PACs.

His Democratic challenger Rep. Jacky Rosen took more than $527,000 from the health-care industry in the same time period, though almost entirely in individual donations.

In the race for Nevada’s congressional seats, individuals and PACs associated with the health-care industry have collectively donated more than $100,000 between Democrat Susie Lee and Republican Danny Tarkanian in District 3. In neighboring District 4, the contest between Democrat Steven Horsford and Republican Cresent Hardy has drawn just over $31,000 from the same group.