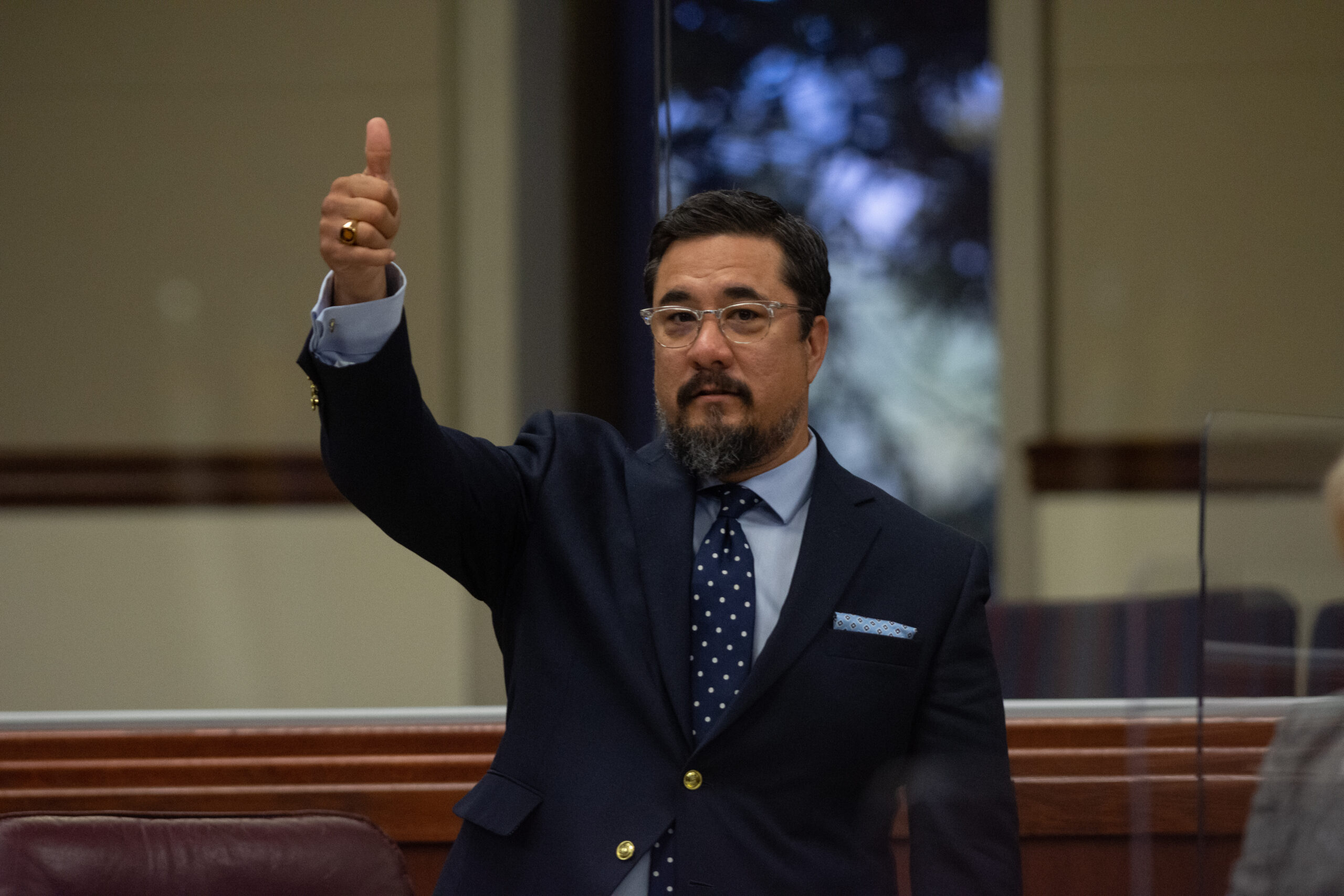 With state Sen. Joe Hardy (R-Boulder City) termed out, two Republican Assembly members are eyeing his seat, with one of them already openly campaigning.

At a Fourth of July parade in Boulder City on Sunday, Assemblyman Glen Leavitt (R-Boulder City) broadcast his intention to run for the open seat with a banner attached to a pickup truck and handshakes with parade attendees. First-term Assemblywoman Annie Black (R-Mesquite) indicated in an interview that she is considering running for the seat as well.

Leavitt, first elected in 2018, told The Nevada Independent in a brief interview on Tuesday that he decided to run for the state Senate seat after Hardy approached him and asked if he would be willing to do so.

“A lot of the constituents in the district have said that they would prefer to have me there and continue to serve that district, the same way that I’ve been serving as an assemblyman,” Leavitt said. “So it was a kind of a natural organic progression, it wasn’t something that I pre-planned, but when it came about I was willing to accept that challenge and opportunity.”

Hardy confirmed that he had spoken with Leavitt and had endorsed him some time ago.

“I feel like [Leavitt] is capable, and not only capable but experienced too,” Hardy told The Nevada Independent. “I look forward to watching someone else in the campaign.”

Black said she is thinking about running for the same seat, but is waiting to see how redistricting later this year affects district lines.

The COVID-19 pandemic caused delays in 2020 Census operations, meaning lawmakers were unable to complete the redistricting process during the 2021 session and thus will need to draw new congressional and legislative district boundaries during a yet-to-be-announced special legislative session sometime this fall.

Should the district boundaries fall along similar lines, Black said that she would “most likely” run.

Both Leavitt and Black represent Assembly districts that are nestled within Hardy’s Senate District 12, which encompasses Boulder City, Mesquite and rural portions of Clark County that border Lake Mead, Arizona and California.

A Nevada Independent analysis of bill passages during the 2021 legislative session shows that Leavitt was among the Assembly Republicans who passed the least amount of bills (one out of 10) and Black passed none of her proposed pieces of legislation (zero out of six).

Republicans hold a double-digit active voter registration advantage over Democrats in the district. Hardy won his last re-election race in 2018 by more than 23 percentage points over Democrat Craig Jordahl.

Leavitt and Black are not the only two Republican Assembly members looking to move to the Senate. Assemblymembers Jim Wheeler (R-Minden) and Robin Titus (R-Wellington) have also confirmed plans to run for the seat of termed-out state Sen. James Settelmeyer (R-Minden).

Despite potential changes that could come in the redistricting process, Leavitt said he is planning to campaign for the seat and will continue to advocate for small businesses and economic growth.

“My messaging platform will stay consistent with how it’s what it’s always been,” Leavitt said. “There’s no big platform message at this moment, just to continue to serve.”