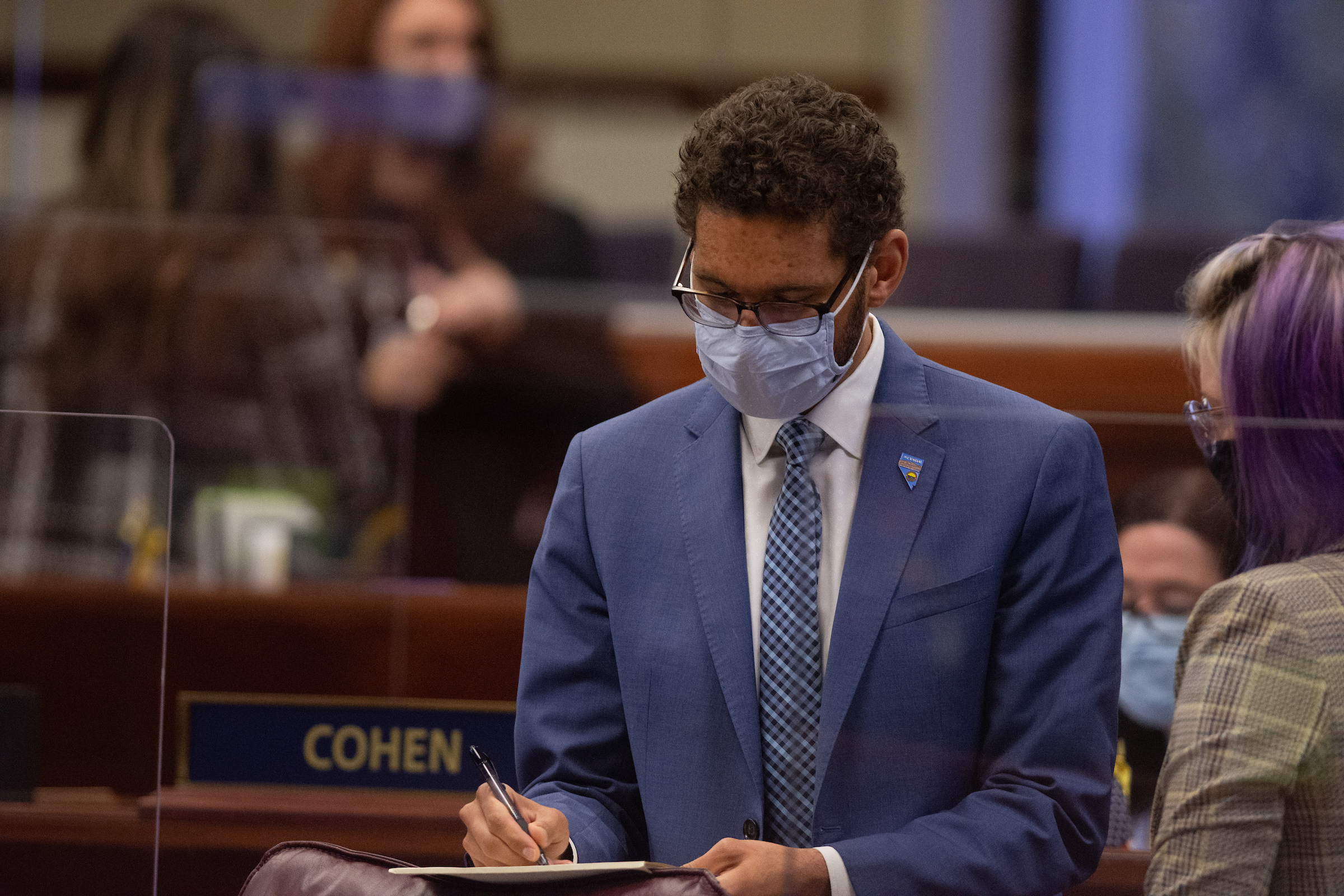 As sports teams and schools nationwide grapple with whether their longtime mascots are offensive, Nevada lawmakers are considering a bill that would ban racially discriminatory language or imagery in a school's “identifiers” such as its name, logo or mascot.

Assemblyman Howard Watts (D-Las Vegas) said the bill, AB88, would address the use of “stereotypical and derogatory” depictions of Native American people and culture in the states’ schools. The bill allows the school districts to use an identifier associated with Native tribes only if the tribe grants permission to use that mascot, name or imagery.

“I think this policy strikes that balance where it allows some local control and discretion,” Watts told members of the Assembly Education Committee on Tuesday. “Everyone has to take a very close look at how these may be perceived by other people and have that discussion and come to a decision in an open, transparent participatory way.”

One example Watts mentioned was Elko High School’s mascot and nickname, the “Elko Indians.” He said the school has communicated with the Elko band of the Te-Moak tribe and received a letter expressing that the tribe did not consider the school’s mascot to be offensive.

Watts also presented amendments for the bill to focus “specifically on racially derogatory terminology.” That change would remove a provision that the school districts’ policies should also prohibit the use of any name, logo, mascot, song or other identifier of “a natural person with a racially discriminatory history.”

In contrast, the San Francisco Board of Education voted in January to rename dozens of schools, including ones named after George Washington and Thomas Jefferson — former presidents who owned slaves.

Another proposed amendment to Watts’ bill removed the Board of Regents from the bill because it already has the authority to develop such a policy, which was applied to officially retire UNLV’s mascot Hey Reb!.

“I know that there's ongoing debate about people that things are named after, with the renaming of the airport in Las Vegas being one major example,” Watts said, referring to Clark County commissioners’ push to remove the name of Sen. Pat McCarran, whom historians describe as an anti-Semite and name it after Sen. Harry Reid. “For the purposes of this bill, I really wanted to focus on creating a framework and prioritizing addressing the most egregious words and symbols.”

The bill requires trustees of each school district and governing body of each charter school to adopt the policy or change any applicable name, logo, mascot, song or other identifier by July 1, 2022.

Several school districts submitted fiscal notes with the estimated cost to change schools’ logos, names or mascots. Clark County School District would have the largest estimated expense, with officials saying it would require the district to rebrand approximately 20 schools and would cost about $68,750 per school, for a total of $1,375,000.

White Pine County School District said that it would require policy adoption and training for staff regarding conduct, language and cultural sensitivity, which it estimates would cost $10,000 total in the biennium.

Officials from other school districts stated the proposed bill would not affect them at all, said they could not determine the cost because they couldn’t say which, if any, schools would need to be rebranded, or said the cost of the extensive changes could not be calculated.

No callers voiced opposition to the bill, with most public commenters saying the changes the bill proposes are overdue.

“These historic and symbolic vestiges stem from a place of hate and fear and have no place in a productive and prosperous future,” said Brian Melendez, chair of the Nevada Statewide Native American Caucus. “Our position is not simply a fickle sensitivity to subtle prejudice, but a call to rebrand what human dignity looks like in Nevada for all people of color.”