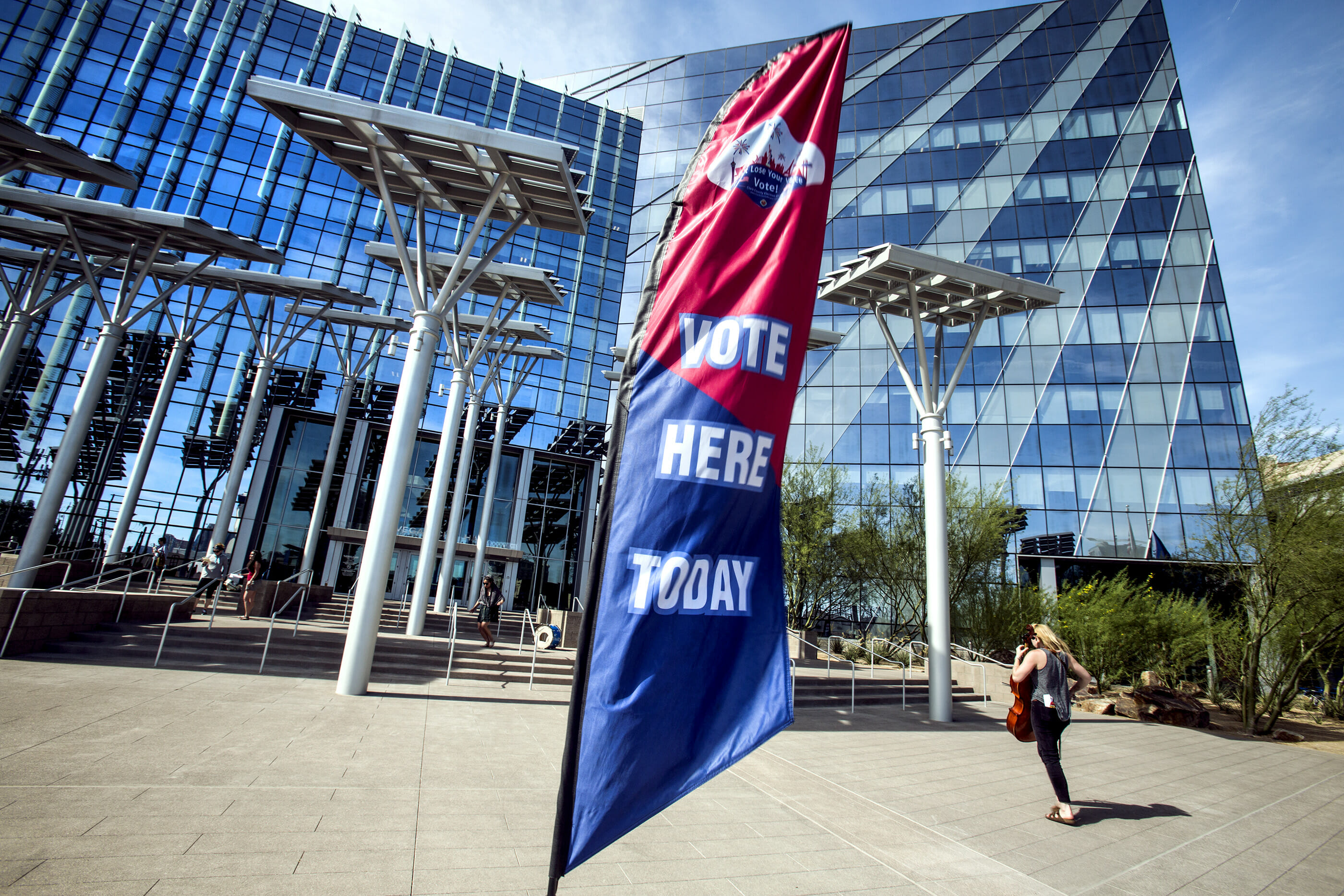 Las Vegas, Henderson, North Las Vegas and five other Nevada cities may soon be required to move their municipal elections from the spring of odd-numbered years to the fall of even-numbered years if lawmakers approve a bill sponsored by the secretary of state’s office.

During a Thursday afternoon hearing, Deputy Secretary of State for Elections Wayne Thorley demonstrated to members of the Assembly Legislative Operations and Elections Committee that the legislation could save tens to hundreds of thousands of dollars in election costs and significantly boost voter turnout. But opponents of the bill, including several of the cities it would affect, argued that municipal contests would get lost in the hubbub of the traditional, even-year election cycle and that the legislation would create unnecessarily long lame duck periods for elected officials who may lose a June primary contest but stay in office until January when their replacements are sworn in.

To make his argument, Thorley compared the cost of elections in even- versus odd-numbered years. North Las Vegas, which is only about 24,000 residents smaller than Reno, spent $317,228 to hold its election in 2017, while the Northern Nevada city spent $41,571 on its 2018 election.

He also pointed to the significantly smaller voter turnout rates in odd-numbered election years compared to even-numbered ones. The Las Vegas mayoral race in 2015, which was decided in the primary and didn’t even make it to the general election ballot, only had 15.61 percent voter turnout, and the North Las Vegas mayoral race was decided in the 2017 primary with just 7.66 percent turnout.

By comparison, 68.04 percent of voters cast a ballot in the Reno mayoral race in the general election in 2018, while 25.38 percent of Sparks voters cast ballots in the 2018 primary, which decided that mayoral contest.

“Those of you who have served in the Legislature for awhile may recall similar bills from prior legislative sessions,” Thorley said. “Where those bills have failed, we hope to be successful. We believe the time is right and we hope that you will all support this bill.”

Proponents of the bill included several groups that focus on voting rights advocacy including Mi Familia Vota, the ACLU, the Nevada Conservation League, Battle Born Progress, League of Women Voters, and Chispa Nevada. Victor Rivera, a community organizer with Chispa Nevada, said that the bill would increase the diversity of voters who cast ballots in municipal elections.

Warren Hardy, representing the Nevada League of Cities in its opposition to the bill, said that he didn’t dispute the potential cost savings or boost to voter turnout. However, he said that cities should be able to be the arbiters of their own fates when it comes to when to hold their municipal election.

“We fully recognize, don't argue with, don't have a problem with the fact that this Legislature controls our charters,” Hardy said. “We’re creations of the Nevada Legislature, but we have sort of an overriding philosophy that the problems and the challenges of government are best solved at the level of government closest of the people and this would fall into this category."

Hardy also told the committee that he’s heard concerns from cities that municipal races can “get lost in the shuffle” of an even-year election. But Assembly Legislative Operations and Committee Chair Sandra Jauregui pressed Hardy on how the small number of voters who already turn out to municipal elections — who she noted are likely among the state’s more informed voters — would "get lost in the shuffle."

“I wouldn't disagree with that. I don't think there's any evidence to dispute that,” Hardy said. “I just know what I've heard in conversations and dialogue and they feel like you know we've got U.S. senators coming in, we've got congresspeople coming in, we never get the opportunity — and that's where everybody's focus is.”

Sabrina Mercadante, Henderson’s city clerk, also testified in opposition to the legislation on the grounds that the city already has the ability to opt into an even-year election but its charter committee has chosen year after year not to do so. She also said holding elections in odd-numbered years allows the city to take full advantage of the vote centers it provides to residents.

A lobbyist for Boulder City, which opposes the bill, expressed technical concerns about the implementation of the bill as the city is already transitioning to even-numbered elections under existing law, while North Las Vegas planning commissioner Ken Kraft detailed concerns that any elected official who loses a June primary election but wouldn’t be replaced until January may cause trouble for the city.

“This would give elected officials that voters had expressly rejected more time, in some cases up to seven months, to implement more of the policies they had just rejected,” Kraft wrote in a letter to lawmakers. “If the point of this bill is to increase public participation, then we want to ensure that the voters voices have been heard.”

But Thorley noted that this same process already happens with county commissioners and other local government officials elected in even-numbered years.

"While I understand the concern here, I don't think it's a huge problem because it happens quite a bit,” Thorley said. “We trust our elected officials to make sound decisions on behalf of the voters who put them there.”