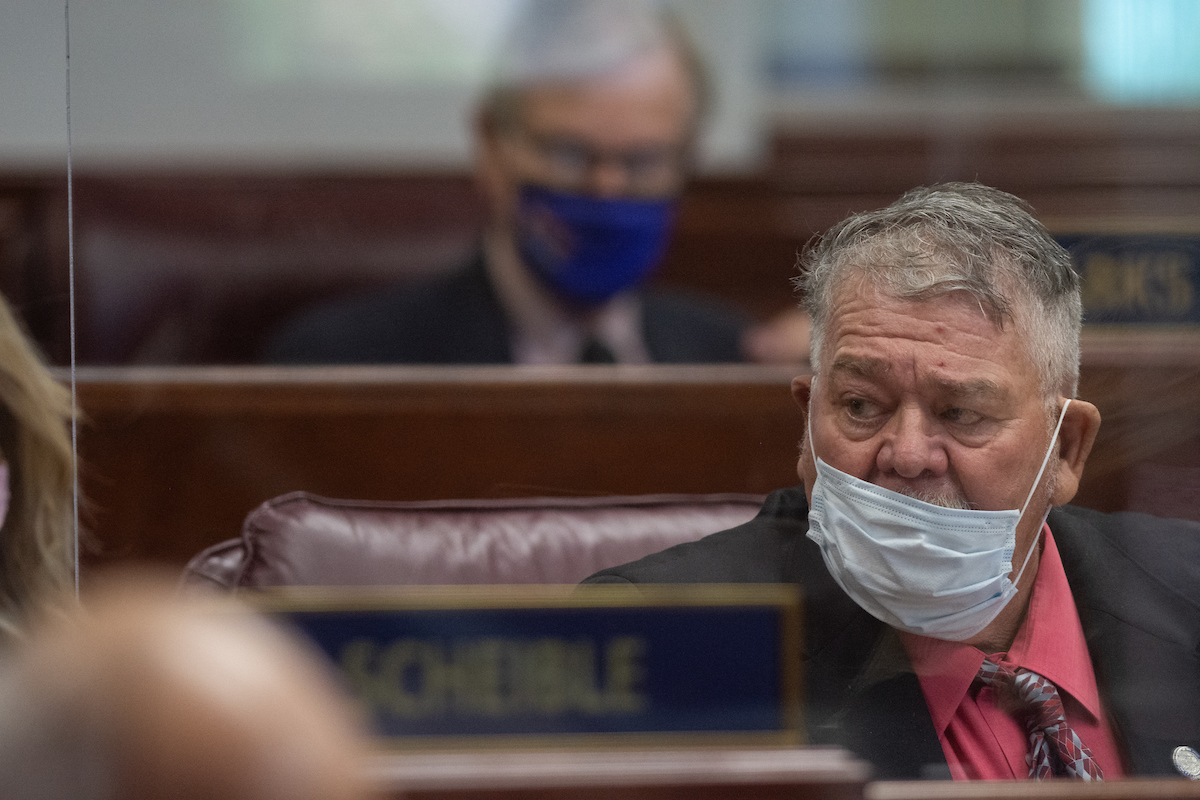 State lawmakers have taken the first steps to amend a cap on mining taxes in the state Constitution, a process that could raise hundreds of millions of dollars in new revenue but was staunchly opposed by Republicans and the mining industry representatives who warned it would be a “death knell” for rural Nevada.

On the second day of the state’s 32nd special session, members of the state Senate met first to vote out SJR1 on a party-line 13-8 vote. Members of the Assembly are likely to take up that proposal and a similar measure, AJR1, at some point this afternoon in spite of concerns that lawmakers were taking up a dramatic change during an emergency special session.

“I have a very high level of comfort that there will be more than enough opportunity to have this fully vetted,” said Democratic Sen. Julia Ratti. “I also believe we’ve been talking about mining’s special place in the Constitution for decades. For one reason or another we never get there.”

Democratic lawmakers introduced both resolutions on Friday to amend the state Constitution to remove the 5 percent cap on net proceeds of minerals tax and increase it to a more flexible 7.75 percent rate, kickstarting a process that will require approval of the 2021 Legislature and approval by voters during the 2022 election.

The proposals were met with howls of protest by Republican lawmakers, mining interests and business groups, who said the proposal would destroy the mining industry and communities that depend on it. They argued that a tax on the gross proceeds would not pencil out for companies operating on thin margins, and would drive a major economic sector of rural Nevada out of business.

“Consider how you're going to affect the real lives of people living in these areas that will be essentially obliterated,” said Republican Sen. Keith Pickard. “Their dreams, their futures ... they'll have to leave or they'll have to submit to a life of poverty."

Democratic lawmakers said higher taxes on the industry would help fill expected major budget gaps caused by the ongoing COVID-19 pandemic and ensure the industry pay its fair share to the state. Democratic Sen. Chris Brooks said Nevada taxes some industries on gross proceeds, and other jurisdictions tax mines on their gross revenue rather than the net.

“This is an economic crisis that is unprecedented in modern times across this planet,” said Democratic Sen. Chris Brooks. “If we don’t start that conversation right this very minute, we are already behind.”

Both the Senate and Assembly proposals share a similar structure, but allocate expected future tax dollars to different sources.

Both would remove the 5 percent cap on net proceeds of minerals taxes, and replace it with an annual 7.75 percent tax on the gross proceeds of minerals. The amendment would also empower the Legislature to raise the tax rate by a simple majority vote, while requiring a two-thirds majority to lower rates or add deductions; a reversal of the existing two-thirds requirement in the state Constitution.

The Assembly proposal would require a quarter of proceeds be put in a segregated budget account that would have to be exclusively used for “educational purposes,” “health care of the residents of this State,” or to “provide economic assistance” to state residents.

But the Senate-side resolution would require the state to put aside half of the funds raised through the new tax rate to a separate, legislatively established program required to make payments to “eligible persons domiciled in this State.” It would operate similar to the Alaska Permanent Fund, a sovereign wealth fund that backed by a percentage of oil sales, but bill backers in Nevada say it would likely be more targeted to tribal communities or those most affected by mining.

Progressive groups who have long sought tax hikes on the state’s mining industry appeared to favor the Assembly proposal. The Progressive Leadership Alliance of Nevada said in a release it was neutral on the Senate proposal and in favor of the Assembly proposal, and the Center for Biological Diversity said it would prefer earmarking the funds for social programs, saying that the Alaska fund created perverse and environmentally unfriendly incentives for the state.

Legislative Fiscal Analyst Russell Guidon said on Friday that based on 2019 mining revenue and taxation numbers reported to the state, the change in law would have generated an estimated $607 million tax revenue for the state. Assuming that lawmakers continued to backfill the mining tax proceeds to local school districts and counties, the state would see about $541 million from mining taxes, which would be split between the general budget fund and the new, constitutionally-mandated program for direct payments.

But many Republican lawmakers balked at the idea of the higher taxes for the state’s mining industry, pointing out that it could substantially disrupt smaller or newer mines. Many pointed to a net proceeds tax report submitted to the state in 2019 that showed of 104 mines, around 40 reported more deductible expenses than income.

As with any other constitutional change, SJR1 and AJR1 would need to pass out of the special session, the 2021 Legislature and be approved by a majority of voters in the 2022 election to become part of the state Constitution. Lawmakers told the Las Vegas Review-Journal on Friday that they planned to pass both proposals during the special session and make a decision on which one to proceed with in the next session.

A similar proposal to take out the mining tax cap out of the state Constitution fell short on the 2014 ballot by about 4,000 votes out of more than half a million passed. An effort to reduce mining tax deductions was floated but ultimately defeated during the last special session in July.