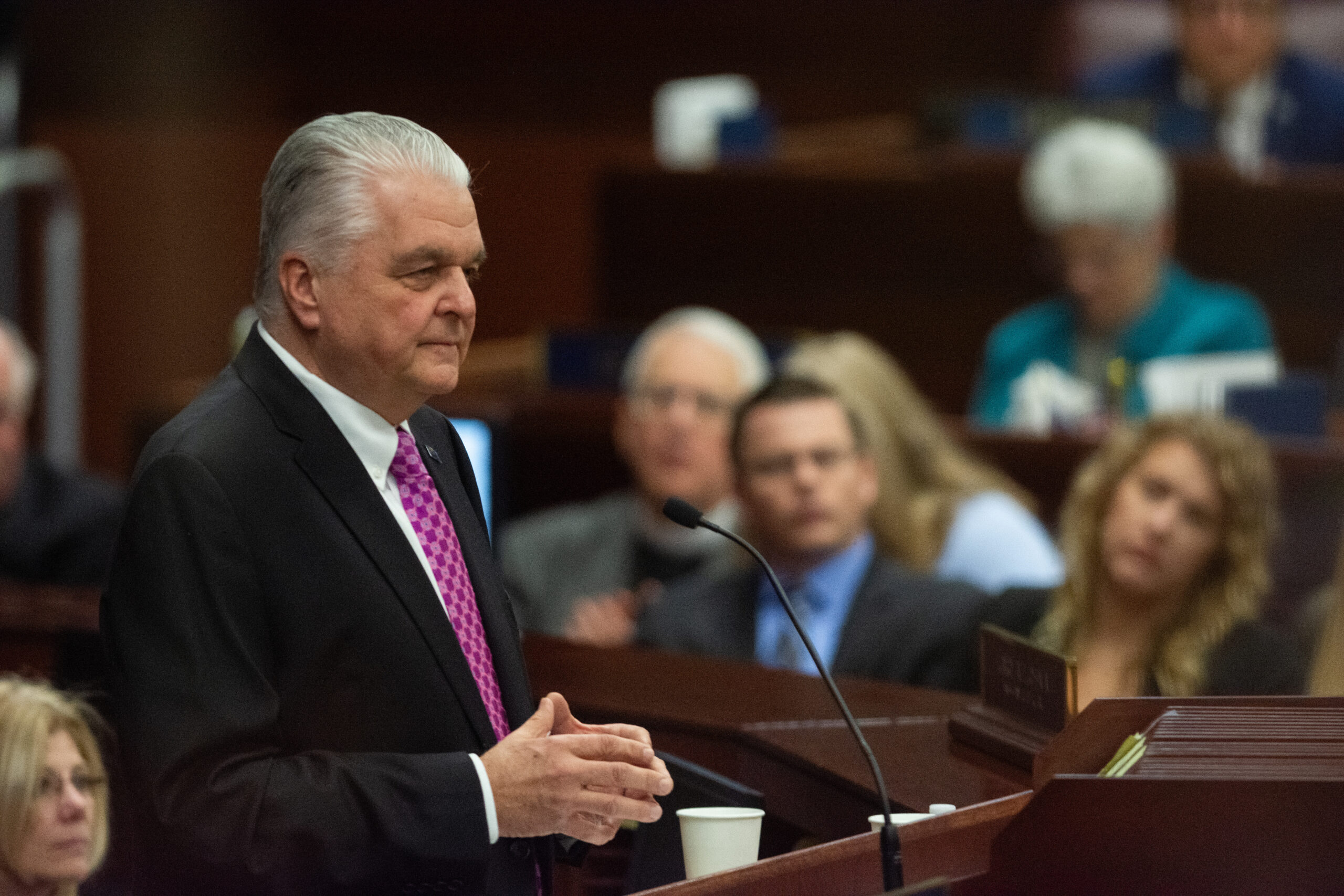 Long-awaited legislation establishing a Patient Protection Commission promised by Gov. Steve Sisolak on the campaign trail and charged with a top-to-bottom review of health care in Nevada is expected to be introduced in the Senate on Monday.

Introduction of the legislation will bring the cornerstone of Sisolak’s health-care agenda one step closer to reality with only three weeks left in the legislative session. The governor’s approach with the commission — which will initially only be given an advisory role supplemented by the authority to issue two bill draft requests — also represents a split from what he has spearheaded with the creation of a Cannabis Compliance Board, which will have regulatory teeth in its oversight of the marijuana industry.

The commission will comprise 11 industry representatives and patient advocates appointed by the governor — four of those recommended by legislative leadership — and three ex-officio members, including the director of the Department of Health and Human Services, the insurance commissioner and the executive director of the Silver State Health Insurance Exchange. In its holistic review of health care in the state, the body will be allowed to establish up to six subcommittees at a time to meet for no longer than six months to review specific issues, identify solutions and make recommendations.

The focus of those subcommittees will be determined by recommendation of the governor or the commission itself, though two issues the commission is expected to take up early on are the cost of prescription drugs and access to care issues for patients. Sisolak also plans to solicit input from patients and families, either through a survey or some other means, to determine what one of the subcommittees should focus on, according to the governor’s office.

“As I often say, health care is only accessible if it’s affordable, and the PPC will examine health care costs – including prescription drugs – and the primary factors that are driving those costs,” Sisolak said in a statement. “The PPC will also review the disparity of care among different communities, including the adequacy of health care providers and availability of health insurance plans.”

Sisolak’s decision to take a slow and methodical approach to recommending changes to the state’s health care infrastructure over more immediate, sweeping action has been met with largely widespread praise from industry representatives, who were invited to a private briefing on the legislation last week.

“The thing I have learned working on health care over the course of now 12 years is there is no one simple thing you can do in health care,” said Jesse Wadhams, a lobbyist for the Nevada Hospital Association. “You move the needle in one way, and there will be a reaction in another place.”

But just because the commission won’t have regulatory power when it’s created doesn’t mean it won’t in the future. The commission could, for instance, take one of its bill draft requests and recommend to the 2021 Legislature that it be given authority to insert itself into the regulatory conversation. It could also use those bill draft requests to make other specific policy recommendations.

“It’s my goal that, by next legislative session, the PPC will have made a thorough review of our health care system and be able to offer concrete recommendations to the legislature on what we need to do in Carson City to expand access to quality, affordable health care for all Nevadans,” Sisolak said.

Bobbette Bond, director of public policy for the Culinary Health Fund, said in an email that the composition and leadership of the board will be the most important factor to its success.

“We hope it has a make up of people with enough health-care background to really move on some issues,” Bond said.

Sisolak told attendees at the industry briefing that he will be watching the board closely to ensure that everyone is participating in an effort to reach a compromise that helps patients in the commission’s overall goal of increasing access and driving down costs for consumers. If they don’t, he warned, they could lose their seat at the table.

“It was stressed that there’s nothing prestigious about being on the Patient Protection Commission,” said Catherine O’Mara, executive director of the Nevada State Medical Association. “It’s all about the work.”

As part of its year-round review efforts, the commission will initially have at least one executive director — contingent on the Legislature allocating funding in the budget for that position — though the goal is to get additional funding to also hire a management analyst and an executive assistant. It is unclear how much those three positions will cost the state. Any additional money the Legislature allocates to the commission can be used to hire additional employees and enter into contracts with consultants to assist in the commission’s work.

The commission will also be tasked with submitting twice a year reports and recommendations on its work.

It is not yet clear how the commission’s work could overlap with whatever issues the Legislature’s interim health committee decides to undertake in the next year and a half. However, the goal is for the work of the commission, as a body of health-care specialists, to complement but not compete with whatever issues that lawmakers choose to tackle in the interim, according to the governor’s office.

The hope is also that the commission can be responsive to changes happening at a federal level. It could have, for instance, played a role when changes with the Affordable Care Act destabilized the individual market to such an extent that 14 rural counties briefly faced the threat of having no health insurance plans available to them on the exchange.

“And as we know, the policies coming out of Washington can have dramatic effects on our state’s health care system, so the PPC will monitor changes at the federal level and find ways to keep health care accessible and affordable for Nevadans regardless of the instability in Washington,” Sisolak said.

For their part, many of those in the health-care industry are hopeful about the kinds of issues that the commission will undertake, whether it’s the high cost of prescription drugs, increasingly narrow health insurance networks or the longstanding physician shortage.

They also see some promise for the commission in the recent success of a working group charged by Assembly Speaker Jason Frierson with figuring out how to take patients out of the middle of the conversation of out-of-network emergency bills. The result of that conversation — which built on decades of prior work on the issue at the Legislature — was a compromise bill that no one was ultimately happy about but that insurance companies, hospitals and doctors alike agreed would help patients.

“I do like that approach where you have a leader saying, ‘You have to figure this problem out,’ and you make everybody come to the middle and work on it,” O’Mara. “The governor is very serious about it.”