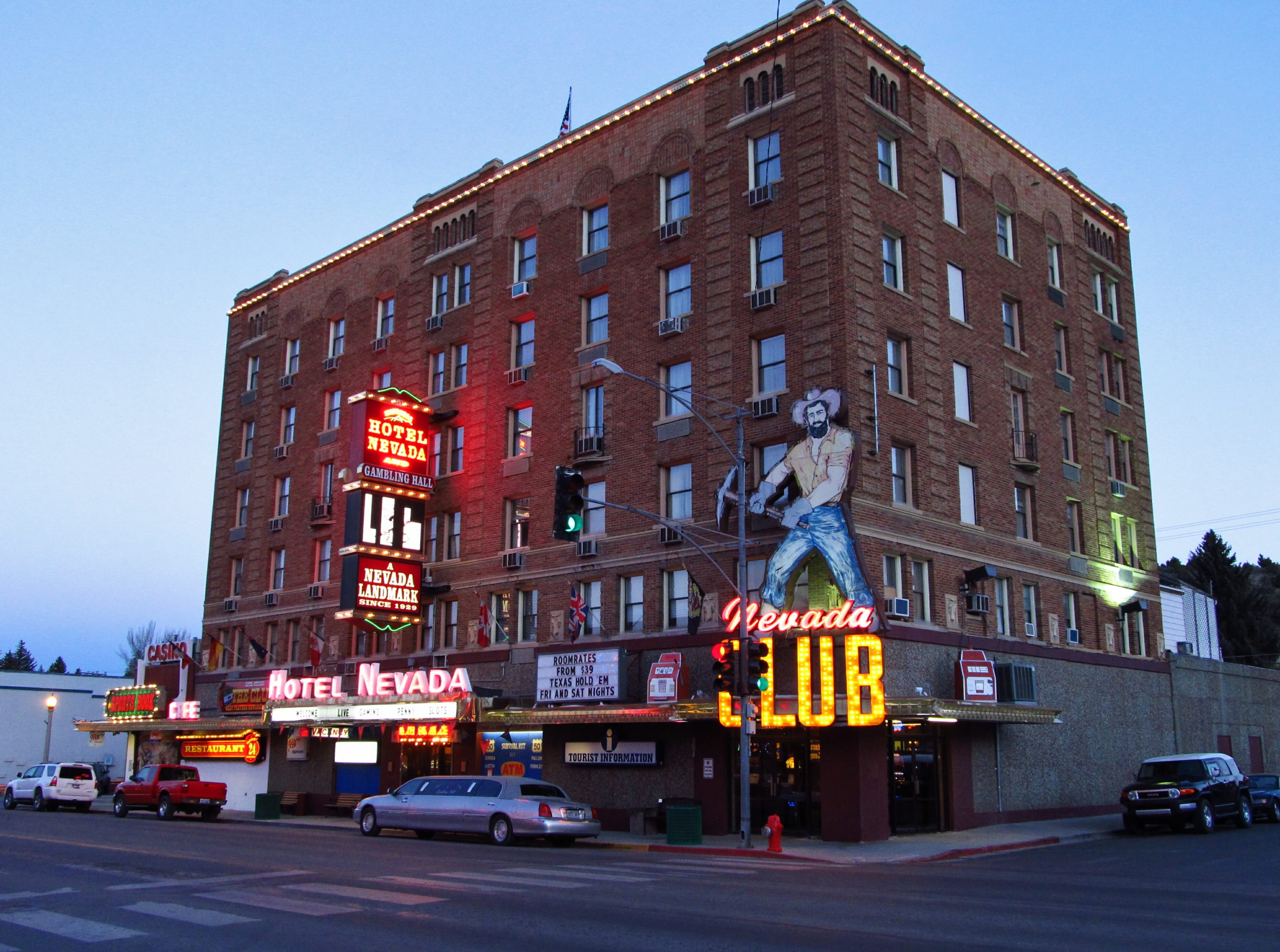 Update 6/29/17: Senior White House administration officials on Thursday blamed insurers pulling out of the Nevada exchange on the Affordable Care Act , noting that the federal law will tax Nevadans in 14 rural counties for failing to secure health insurance when no such insurance is available to them.

The officials acknowledged that the uncertainty around decisions being made about the future of health care in Washington right now is part of the reason why insurance companies have decided to leave Nevada and other states but said it isn't the only reason. They also noted that Anthem — which is scaling back its coverage in Nevada from 17 to three counties in the 2018 plan year — has endorsed the Senate's health care bill, saying it will stabilize the market.

In what officials are calling a “health care crisis for rural Nevada,” roughly 8,000 Nevadans across 14 counties may not be able to purchase insurance from the Silver State Health Insurance Exchange next year as an insurer scales back coverage amid uncertainty over the future of the Affordable Care Act.

The state Division of Insurance informed the board of the Silver State Health Insurance Exchange today that four insurance carriers — Aetna, Anthem, Health Plan of Nevada and Silver Summit — have applied to only cover residents in Clark, Washoe and Nye counties, meaning that residents in the the state’s 14 other counties will not be able to purchase any insurance from the exchange. The division and the exchange have been working during the last two weeks to address the situation since they were notified on June 12 by Anthem, the only insurer that currently covers all 17 counties, that it was scaling back its coverage for the 2018 plan year.

Republican Gov. Brian Sandoval’s office is in talks with insurance carriers and the Division of Insurance in an attempt to persuade at least one carrier to offer coverage to the 14 rural counties. He said that leaving 8,000 Nevadans with no health insurance options on the exchange is “unacceptable” and that he is “hopeful” that his office will be able to reach a solution to help Nevadans in the rurals.

“My administration is working diligently to identify solutions to ensure there is, at the very least, a safety net available to rural Nevada residents who will be left without any options for coverage in the wake of these devastating and unfortunate decisions,” Sandoval said in a statement.

Sandoval said that he has spoken with U.S. Health and Human Services Secretary Tom Price about the crisis and that the state will pursue all options to help the 8,000 affected Nevadans. The Republican governor has taken an active role in criticizing attempts to rollback or reduce the expanded Medicaid population and reimbursement rates, appearing alongside fellow Republican Sen. Dean Heller on Friday to denounce the Senate bill.

Areas that could be left without an insurance carrier on the exchange are Carson City and the counties of Churchill, Douglas, Elko, Esmeralda, Eureka, Humboldt, Lander, Lincoln, Lyon, Mineral, Pershing, Storey and White Pine. Roughly 5,000 of the 8,000 people who could be left without coverage live in Carson City, Douglas, Lyon and Storey counties.

Prominence decided recently to not return to the Nevada exchange at all, meaning that Anthem’s decision to back out of the 14 counties has left rural Nevada without any insurance options on the exchange. The two new insurers to enter the market for the 2018 plan year — Aetna and Silver Summit, a subsidiary of Centene — are only offering coverage to the three counties.

Anthem said its decision to pull out of the 14 Nevada counties is based on both the dwindling number of Nevadans choosing to purchase insurance on the state’s exchange and the uncertainty with the future of the Affordable Care Act on the federal level, including proposed cost-sharing reduction subsidies. The ACA repeal-and-replace bill before the Senate, the Better Care Reconciliation Act (BCRA), would repeal the individual mandate requiring uninsured individuals to pay a penalty for not obtaining insurance and would eliminate the cost sharing subsidies provided under current law beginning in 2020.

“The Nevada individual market remains volatile, making planning and pricing for ACA-compliant health plans increasingly difficult due to a shrinking and deteriorating individual market, as well as continual changes and uncertainty in federal operations, rules and guidance, including cost sharing reduction subsidies and the restoration of taxes on fully insured coverage,” the company said in a statement.

“It was a very tough decision for us, but ultimately it came down to there was too much uncertainty and lack of clarity on what’s happening with the individual marketplace going forward,” he said. “And so at this time, we felt that we needed to withdraw.”

Livingston said the company would continue offering coverage through Medicare in the state and that Prominence would consider coming back to the exchange if the “rules of the game” were changed to better ensure clarity and certainty around payments.

The exchange reported to state lawmakers in June that it had enrolled slightly more than 89,000 customers during the previous enrollment period, nearly 1,000 more than the prior year. It reported a significant decrease in the number of insurance brokers during the last period, which was blamed for a decrease in commissions paid by carriers.

The exchange’s executive director, Heather Korbulic, said in an interview that insurers have been talking at the national level about preserving the cost-sharing reductions and the individual mandate as the two key pieces in stabilizing a marketplace but that there have been no assurances from the federal government.

“Obviously the Affordable Care Act is not a perfect policy and it needs work, but if we could have had some assurances around cost-sharing reductions and individual mandates, we could’ve stabilized the market for at least the next plan year,” Korbulic said.

Korbulic said that the state is looking to see what options it has outside of the federally qualified health plans to cover Nevadans in the 14 counties if no carrier steps up to cover them, such as the Access to Health Care Network, which contracts with rural hospitals and providers and offers a medical discount program. Anthem also plans to offer a catastrophic medical plan statewide but outside of the exchange.

But it is unclear whether Nevadans in the 14 counties without access to a federally qualified health insurance plan would be subject to the tax penalty for not having insurance included in the Affordable Care Act, should that provision remain in place. The exchange and the Division of Insurance have asked the Centers for Medicare and Medicaid Services and the Internal Revenue Service for guidance on the issue.

The next enrollment period is scheduled to begin in November, and will run for a truncated 45 days as opposed to the traditional 90-day period. Korbulic noted that insurance carriers have until September 20 to submit changes to their plans.

“It is not too late for them to do some expansion,” Korbulic said. “We’re deeply concerned about these impacts to these consumers and we just encourage our consumers who are concerned to contact our call center.”

Insurance Commissioner Barbara Richardson said in a statement that she is “disappointed and concerned” that Nevadans in 14 counties will not have access to health plans on the exchange and strongly encouraged carriers to expand their service areas into the state’s remaining counties.

“The Division will continue to collaborate with the Silver State Health Insurance Exchange, the office of Nevada Governor Brian Sandoval and insurance carriers to come up with potential solutions to help Nevada consumers in the remaining 14 counties without a current Exchange product,” Richardson said in a statement.

“Rural Nevadans struggle the most when it comes to access to affordable health care, and it is disappointing that President Trump’s reckless actions have led Anthem to reach a decision that will give Nevadans far less options for health care coverage that works for them,” she said in a statement.

Republican Rep. Mark Amodei, who represents six of the rural counties, said that the announcement “represents another symptom of the sickness that is killing America’s health care system.”

“While there are plenty of arguments on how to fix this, regardless of your political views, it’s clear the status quo isn’t working and is in need of serious repair. Once again, I’m left wondering, when is Congress going to put the issue ahead of the politics?” Amodei said in a release. “I will continue to focus on the facts and the policy options to be applied in Nevada. As always, my goal is to ensure that any reform package increases Americans’ access to quality and affordable care, while paying respect to rural communities like ours that are being hit the hardest.”