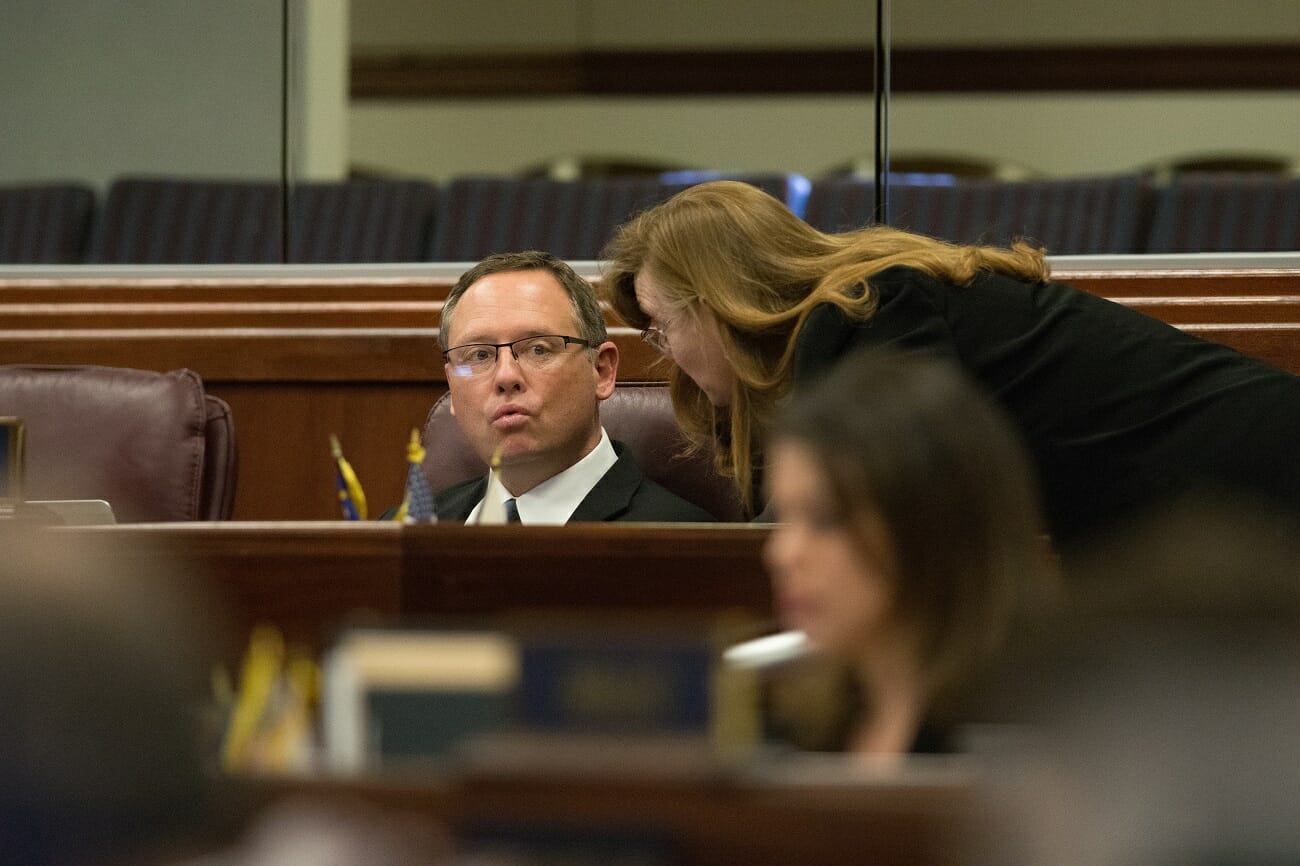 With nearly one out of every 10 Nevadans lacking health insurance, and the uncertain future of the Affordable Care Act and the 400,000 state residents who gained health insurance after the expansion of Medicaid, state policymakers have spent much of the 120-day legislative session attempting to shore up the state’s overall health care environment.

Democratic Assemblyman Mike Sprinkle thinks he has a solution — allow anyone, regardless of income, to enroll in a state-backed Medicaid-esque insurance program.

That's the general concept behind AB374, which was heard Friday afternoon in the Assembly Committee on Health and Human Services nearly a month and a half after being introduced. The bill as initially written would have removed existing income limits on state Medicaid enrollment (currently set at up to 138 percent of the poverty level) and allowed anyone to enroll in the program with a premium up to 50 percent above the median spending on individual Medicaid enrollees for the previous fiscal year.

But the amended version of the bill makes a significant change — it now authorizes the state’s director of Health and Human Services to enter into contracts with private insurers to create a “Nevada Care Plan,” with the benefits equivalent to Medicaid insurance outside some limited exceptions.

But there’s still much work to be done, including determining how to proceed with a plan that doesn’t violate federal insurance regulations, figuring out how many people would apply for the program, and actually crafting the complex regulations and obtaining the federal waivers needed to make the idea a reality.

Sprinkle said he’s been meeting with a group of state-level agencies to decide how best to proceed with the concept, and that the amended version of the bill wouldn’t kick in until 2019 giving the measure enough time to come together.

“Most important was the framework, because we knew that we only had a limited amount of days and that this was going to be much bigger than what we could really put together in one session so that the day after sine die we can actually open this up to the public,” he said.

Many of the nitty-gritty details would be addressed through the regulation process. One potential issue raised by Heather Korbulic, executive director of the state’s health exchange, is that Sprinkle’s proposed plans wouldn’t meet the current requirements for an insurance plan to make it onto the federal health insurance marketplace. Korbulic said the state could develop a state-run marketplace outside of the federal healthcare.gov, or could redirect interested users to another state-run website where they could apply to join the insurance plan.

Marta Jensen, acting administrator of the state’s Division of Health Care Financing and Policy, said the state should be looking at all of its options — including Sprinkle’s bill — to ensure affordable health care remains an option for people just above the income limits for Medicaid

“There’s so many what-ifs with the ACA repeal and replace,” she said. “Not sure where it’s going to go, but rather than wait and see, we thought we’d take a more proactive approach through this working group.”

Several lobbyists for hospitals testified in what they said was reluctant opposition to the bill, expressing sympathy for Sprinkle’s goals but saying they were concerned that the bill could cause a disruption in the existing insurance market and that hospitals relied more on commercial insurance patients than those in government-supported programs.

“We’re supportive of that concept, but concerned about reimbursements to the provider community,” Nevada Hospital Association lobbyist Bill Welch said.

The hospital association gave more than $70,000 to legislators over the 2016 election cycle, and Sunrise Hospitals, which also opposed the bill, doled out more than $107,000 to lawmakers over the same timeframe.

The bill also allocates slightly more than $170,000 over the two-year budget to pay for administrative costs in administering the bill. The committee took no action on the bill Friday, and will likely need to go through a budget committee due to the allocation of state dollars.

Sprinkle said that while he and the working group have a number of issues to work through if the bill passes, the potential upside and security for Nevada’s health care system was worth the struggle.

“If we do this right, we potentially are going to be laying groundwork and framework for all the other states in the nation,” he said.