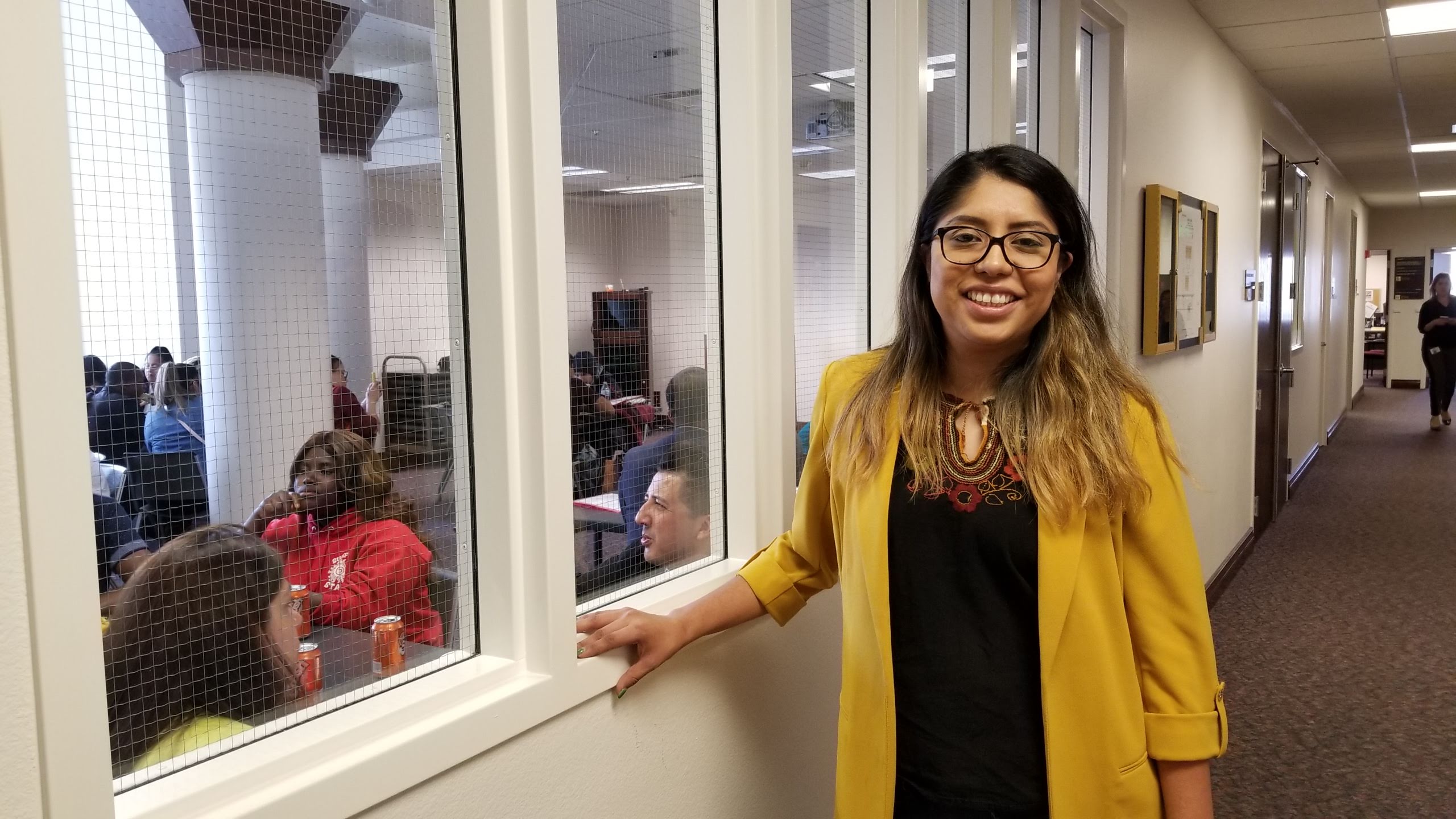 For Erika Castro, it took years of doing odd jobs, babysitting and cleaning houses to be able to afford college.

As an undocumented student, she faced more barriers in her quest for financial aid than U.S. citizens who can simply fill out the Free Application for Federal Student Aid (FAFSA) and land a Pell grant. Neither Deferred Action for Childhood Arrivals (DACA) recipients nor undocumented students without DACA can receive federal aid.

“For folks that are undocumented, especially with our current administration, there's a lot of fear to ask questions, to go out there and find those resources,” she told The Nevada Independent. “So a lot of them either assume that there isn't anything there or the resources that are there are very [limited].”

Castro, who received DACA, now has a job with the Progressive Leadership Alliance of Nevada (PLAN) and is spearheading the Nevada Immigrant Coalition, helped lead a group of some 75 activists to the Legislature in Carson City on Monday for the first-ever Immigrant and Refugee Day. Among other things, the group is pushing for more Nevada scholarships to open up to undocumented students.

Although the merit-based Millennium Scholarship is open to all Nevada students who earn a 3.25 GPA or better, the need-based Nevada Promise Scholarship that pays for community college or Nevada State College tuition requires students to fill out the FAFSA and seek out federal aid before the state funds kick in.

That can be a daunting prospect for undocumented students who don’t have a Social Security number and also don’t want to reveal too much information to a federal government that also has the power to enforce immigration laws against them.

What’s more, a rising generation of high school students is preparing to graduate without access to the DACA program, which President Donald Trump’s administration ended in fall 2017 and which is only accepting renewals, not new applicants. When it was active, DACA required applicants to be at least 15 years old, so an unknown number of Nevada teens are coming of age without DACA as an option.

“A lot of these students are graduating high school with the same situation that I graduated high school,” said Castro, who faced her troubles affording college in 2010, before DACA came about. “That's part of what we're doing here today to make sure that we're providing something for them.”

The Immigrant Coalition is working with Democratic Sen. Mo Denis and Assemblywoman Selena Torres in hopes that they can amend some of their bills dealing with scholarships. Castro envisions a provision in which schools would accept a different type of form to establish need, without passing through the federal government.

She said she believes colleges are on board with the concept — institutions including the College of Southern Nevada have pools of money available to students who did not fill out the FAFSA, which helped her attend school. The Nevada System of Higher Education (NSHE) also does not charge its undocumented students higher out-of-state tuition prices.

NSHE is currently in discussions with lawmakers to see if they can come to an agreement on a way forward for undocumented students. Mike Flores, a lobbyist for NSHE, noted that one of the Board of Regents’ goals is expanding access to college.

“One of the things we want is … to make sure we have as much access to higher education as possible regardless of what your situation is,” he said.

Among other things, lawmakers will have to decide whether there is enough money to expand programs like the Nevada Promise Scholarship to undocumented students. Covering them could cost more than covering a citizen because undocumented students are not eligible for the federal aid that could defray the cost of their education.

“A lot of the times the economic impact we talk about [is] how much is it going to cost the state, but we also have to talk about how much it's going to benefit the state,” Castro said. “We've already invested in all these children. From K to 12, they've been in our schools.”