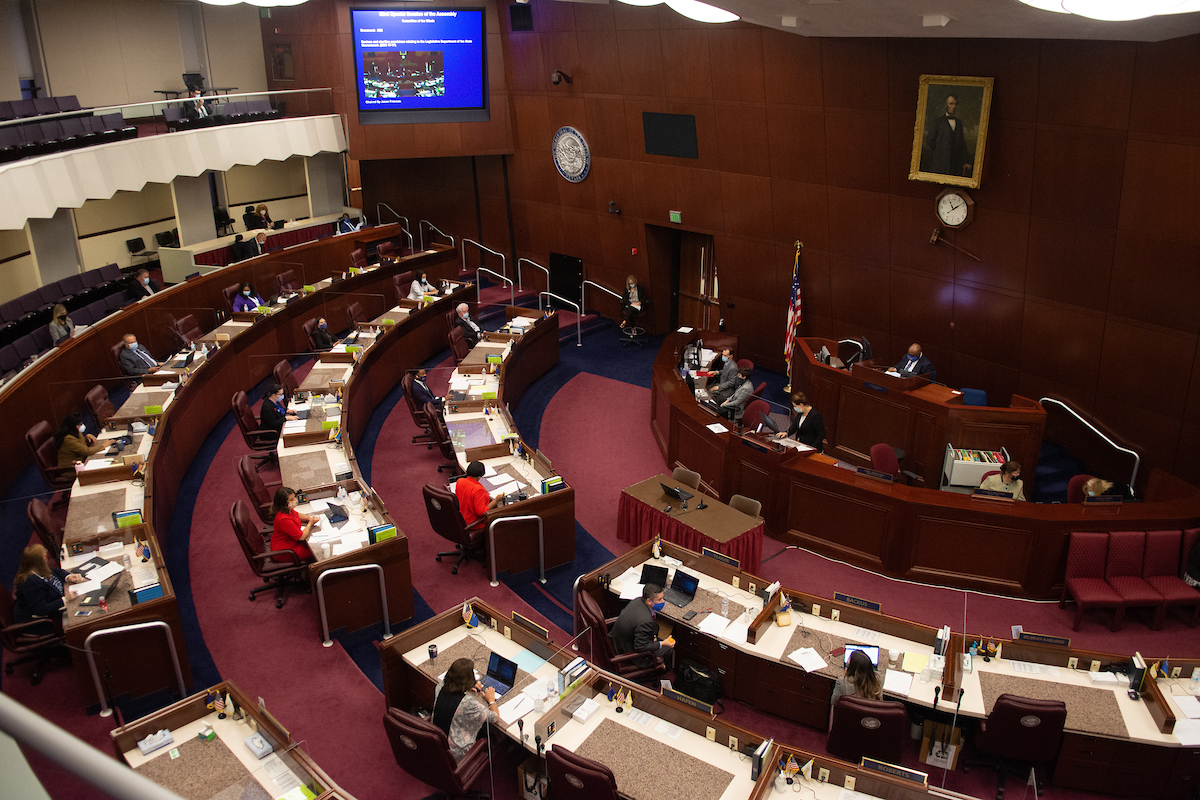 The commission unanimously appointed Doñate during its meeting on Tuesday to take over the vacant state Senate seat for District 10, after the Senate Democratic Caucus recommended him for the position. He replaces Yvanna Cancela, who was elected to a four-year term in 2018 but resigned in early January to take a position in the Biden administration.

“Fabian’s experience in public health will help guide us in making sound public policy to combat the COVID-19 pandemic,” Senate Majority Leader Nicole Cannizzaro said in a statement after the appointment was made. “Fabian has deep ties to his community. As the son of immigrants and Culinary Union members, he understands the challenges working families face and the need to expand access to quality, affordable, health care.”

The commission also chose Brown-May, the director of advocacy, board and government relations for the nonprofit Opportunity Village, to fill the seat in the Assembly District 42. The seat was vacated by Democrat Alexander Assefa after he resigned last month amid a criminal investigation.

“We are all too aware of the hardships our families are facing and I’m humbled to be trusted to help lead our families towards a healthy and economic recovery,” Brown-May said in a statement. “I do not take this charge lightly and I am ready to put my years of experience advocating for people with disabilities to work immediately.”

Under state law, the county commission is designated to select a replacement lawmaker of the same political party who resides in the district to carry out the remainder of Cancela’s term. In 2017, Cancela was appointed by the commission to fill the vacated state Senate seat of Ruben Kihuen, who left the Legislature to run for Congress.

The appointments fill out the roster of the state’s 63-member Legislature, which gaveled in to its 120-day session Monday with the two positions still vacant.

Doñate is a native of Las Vegas and an alumnus of the UNLV School of Public Health and recently earned a Master's degree in health administration at the University of Maryland.

In his application, Doñate described his experiences advocating for health policies during the pandemic and throughout his graduate degree.

“Given the disparities that have been intensely magnified by the COVID-19 pandemic, I’ve spent these past few months at the forefront of this crisis,” the application reads. “Under the supervision of LifeBridge Health, a health system in the Baltimore region, I completed a graduate internship that provided me with the contextual knowledge on crafting evidence-based strategies with the inclusion of policy and technology to improve the public’s health.”

Doñate, a Latino who resides in District 10, seeks to improve the district’s health care and racial disparities exasperated by the pandemic for a “‘healthier’ Nevada.”

“This vacancy was my call to action, and I’m eager to represent my district during this tumultuous period in our state’s history,” Doñate said in his application letter. “Now more than ever, Nevada needs a diverse cohort of leaders that can help guide our state into recovery.”

Brown-May said in her application for the position that she’s lived in the Las Vegas valley for nearly 30 years, including three years in District 42 — an area that includes Flamingo Road from Durango Drive to the I-15.

For the past two decades, she has supported and advocated for the community on a local and federal level. She’s worked at Opportunity Village since 2001, and helped found two nonprofits that help people with disabilities.

“I have participated in the legislative process and understand the hard work that goes into effectuating positive change,” Brown-May said in her application. “I am most proud of the times when common ground can be found to create positive solutions for the majority.”