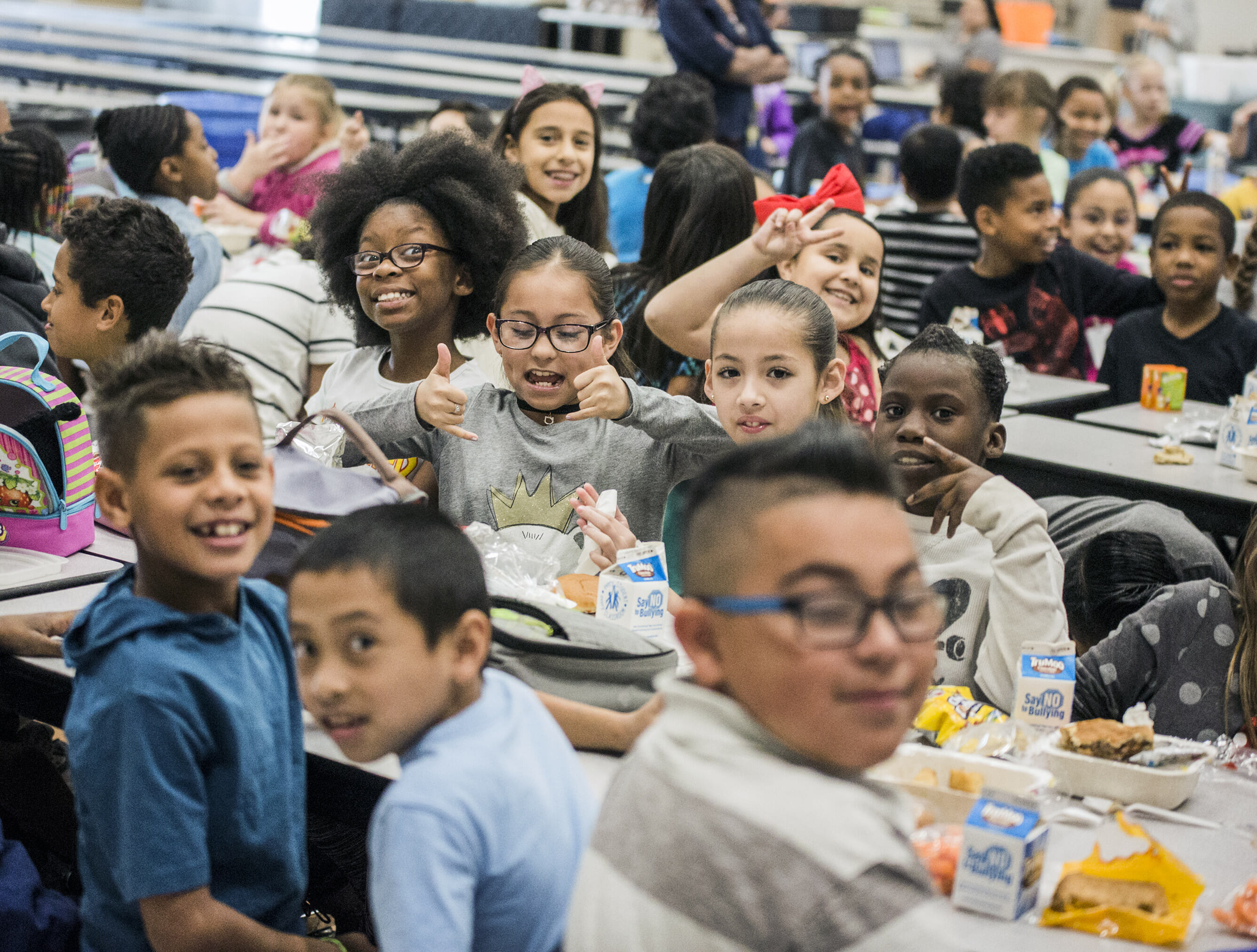 An external evaluation team that examined the major education initiatives proposed by former Gov. Brian Sandoval and approved by lawmakers in 2015 is recommending that legislators continue funding all seven of the programs it assessed, even though some programs are showing more obvious results than others.

“The findings in this year’s evaluation make clear that when additional dollars support specific programs, students, families, and educators all benefit,” said state Superintendent Steve Canavero. “We have work to do but the evaluation findings are another indicator that our education system is improving.”

An evaluation of the programs’ performance was a key condition of lawmakers approving funding for the initiatives and for a tax package to support the new spending. A similar review was released in 2017.

Below are some of the 93-page report’s conclusions:

This program — the oldest of such initiatives that started on Sandoval’s watch — provides extra resources to schools with a high percentage of English language learners. Lawmakers allocated $100 million to the program for the 2017-2019 biennium.

Evaluators found that 30 of the Zoom Schools had shown either flat performance or improvement in linguistic skills from 2017 to 2018, while six of them showed a decline in performance year-over-year.

“The notable achievement of Zoom Schools is the proximity to non-Zoom School achievement in SBAC ELA [standardized test language arts scores] when language proficiency is expected to start at a higher level,” the evaluation said.

“One area of improvement, which is directly tied to survey responses is the continued action for professional development in preparing teachers to meet the educational needs of English learners in the classroom,” the report said.

The evaluators noted a number of achievements by Victory Schools, which have a larger share of students from low-income families and have 1- or 2-star rankings. Lawmakers allocated $50 million to the program for the 2017-2019 biennium.

The program dictates that at least 51 percent of Victory funds must be used for one or more of the following strategies: free pre-kindergarten, summer school, additional learning opportunities, professional development, hiring and retention incentives, additional paraprofessionals to help with instruction, reading centers or integrated student supports.

Victory Schools in both Clark and Washoe counties outperformed other one- and two-star schools with similar student populations, and the three high schools that received Victory funding have increased their graduation rates, according to the report. Valley High School, for instance, increased its graduation rate to 83 percent, up from 69 percent during the 2015-2016 academic year.

Students attending Victory Schools also tended to earn higher scores on the Smarter Balanced Assessment Consortium (SBAC) tests, which indicate whether a child is proficient in grade-level subject areas. Victory students in four out of six assessed grade levels demonstrated growth on the math and English language arts tests between the 2016-2017 and 2017-2018 school years.

Educators surveyed, however, noted that it will be a challenge sustaining the higher level of academic achievement after the school reaches three stars and loses Victory funding.

“The monies that will assist us in making the school grow will be taken away as soon as we make the 3-star status,” the respondent wrote. “The programs and ideas in place will be gone. I will not be able to sustain our growth or status when the money is taken away.”

Perhaps the most controversial of Sandoval’s education policies, this program aims to do exactly what its name implies — ensure students can read by the end of third grade. Lawmakers allocated $45 million to the program for the 2017-2019 biennium.

The program’s retention aspect is what has led to some unease among educators and parents. Third-graders during the 2019-2020 school year will be the first cohort subject to the law, meaning they could be held back if they don’t demonstrate proficient reading skills.

The report appears to gloss over that aspect, though. There is only one mention of retention.

“Some stakeholders commented that parents felt more stress from the program and they did not understand the law, particularly the retention policy,” the report’s authors noted.

Even so, the report points out that 87 percent of school districts reported a decrease in the number of third-grade students identified as reading-deficient at the end of the last school year. That data suggests “positive evidence for the effectiveness of the Read by Grade 3 program,” according to the report.

The Read by Grade 3 program involves a competitive grant schools can use to offer targeted instruction and interventions to boost students’ reading skills. The program has been phased in over time and, during the 2017-2018 academic year, more than 300 schools received funding.

The evaluators said the evidence collected so far indicates the fledgling program is resulting in struggling readers being identified sooner and matched with appropriate interventions, which has helped improve their literacy skills. On the flip side, the report noted that a “high percentage of respondents” said they don’t have enough time or resources to fully implement the program.

Most of Sandoval’s education reforms can be measured by how well students are performing academically: Are English language learners and students from low-income households making gains? Are third-graders reading proficiently by the end of that year?

But one of the reforms he touted often is more difficult to track — the injection of social workers into schools. The former governor introduced the program in 2015 at a time when students’ mental well-being emerged as a primary concern. Lawmakers allocated $22 million to the program for the 2017-2019 biennium.

About three-fourths of educators surveyed for the evaluation said social workers had a positive effect on the school environment. Eighty percent thought the program benefited students. School social workers, they said, helped students with necessities such as food and clothing but also provided support for children experiencing emotional stress or trauma.

“Students are getting emotional support and are being connected to social services outside of the school so that they can function within the classroom,” one educator wrote. “This was desperately needed at my school.”

But educators also identified some challenges with the program such as social workers still learning their roles, social workers split between school sites and hiring and retention.

Among schools with social workers, incidents of violence against staff, weapons possession, drug possession or alcohol use remained largely unchanged. The reporting of bullying and discipline of students for bullying is up since social workers arrived.

Evaluators noted a small but statistically significant increase in the incidence of student-on-student violence and cyberbullying since the program began, but did not explain what might be driving those trends.

Districts have applied for grants to implement projects including a 30-hour science professional development course in Carson City schools and a support cohort to help educators become National Board Certified Teachers.

Ninety-five percent of survey respondents described the professional development activities funded by the program as valuable, and 94 percent or respondents said it has been beneficial to students and changed classroom practices.

“We have mentors and deans that help us with our new teachers,” one survey respondent wrote. “However, as one of them, it is hard to be a mentor and teacher too. I think more funding to be able to do mentoring as a full time [role] to support the needs of our teachers would be better. I have seen some great things within my class as I have gained some wonderful training and have seen some teachers in action and helped them grow and impact others.”

This program equips students with a Chromebook and instructs teachers on how to best integrate the technology into their classroom. So far, the program has been implemented in more than a quarter of middle and junior high schools in Nevada.

Seventy-seven percent of teachers say the program has had a positive impact on their motivation or stress levels, and 80 percent say they believe it has spurred better student performance on class assignments.

But the report noted that it’s difficult to prove the technology has raised student performance, and said state test scores are little or no different between schools that have implemented Nevada Ready 21 and those that haven’t.

“To date, there is limited empirical evidence of program impact on student achievement (i.e., test scores) – although some teachers indicated they would expect NR21 to have an impact (via the survey ratings), the evidence is not yet there in the statewide assessment data,” the report says, noting that one problem is that there isn’t a clear “control group” of schools that are trying to equip students with devices but don’t have the Nevada Ready 21 technology and resources.

Some survey respondents added that the Chromebooks can be distracting for certain students and mean they’re more frequently off-task. Administrators also noted they had to keep a close eye on what students were searching on their computers, said they were worried about how they would continue the program when state grant funding goes away and said they wondered how students who used the computers so much in middle school would operate in high school without such a program.

The turnaround program focuses on supporting schools whose performance is trending downward, sparing them from a more comprehensive intervention later on. Lawmakers allocated $5 million to the program for the 2017-2019 biennium.

Grant money is used differently to assist each school’s unique needs. Schools have spent the money on things like tutors and coaches, professional development and substitutes that free up teachers to collaborate with each other.

The funds helped 29 different schools in the 2017-2018 school years and have touched a total of 46,000 students over four years of the program.

“The student data outcome data were mixed this year. This was not surprising given the individualized nature of implementation of the program,” evaluators said. “There were schools that showed improvements and schools that dropped in achievement as measured by the statewide assessments. There was not a single pattern across schools that was observed.”

They also pointed out that about half of the educators surveyed said they didn’t feel they had sufficient time to incorporate the program.

Evaluators recommended continuing the program, but noted “the school-specific nature of the program means that global conclusions about methods or approaches to reform are not as meaningful.”