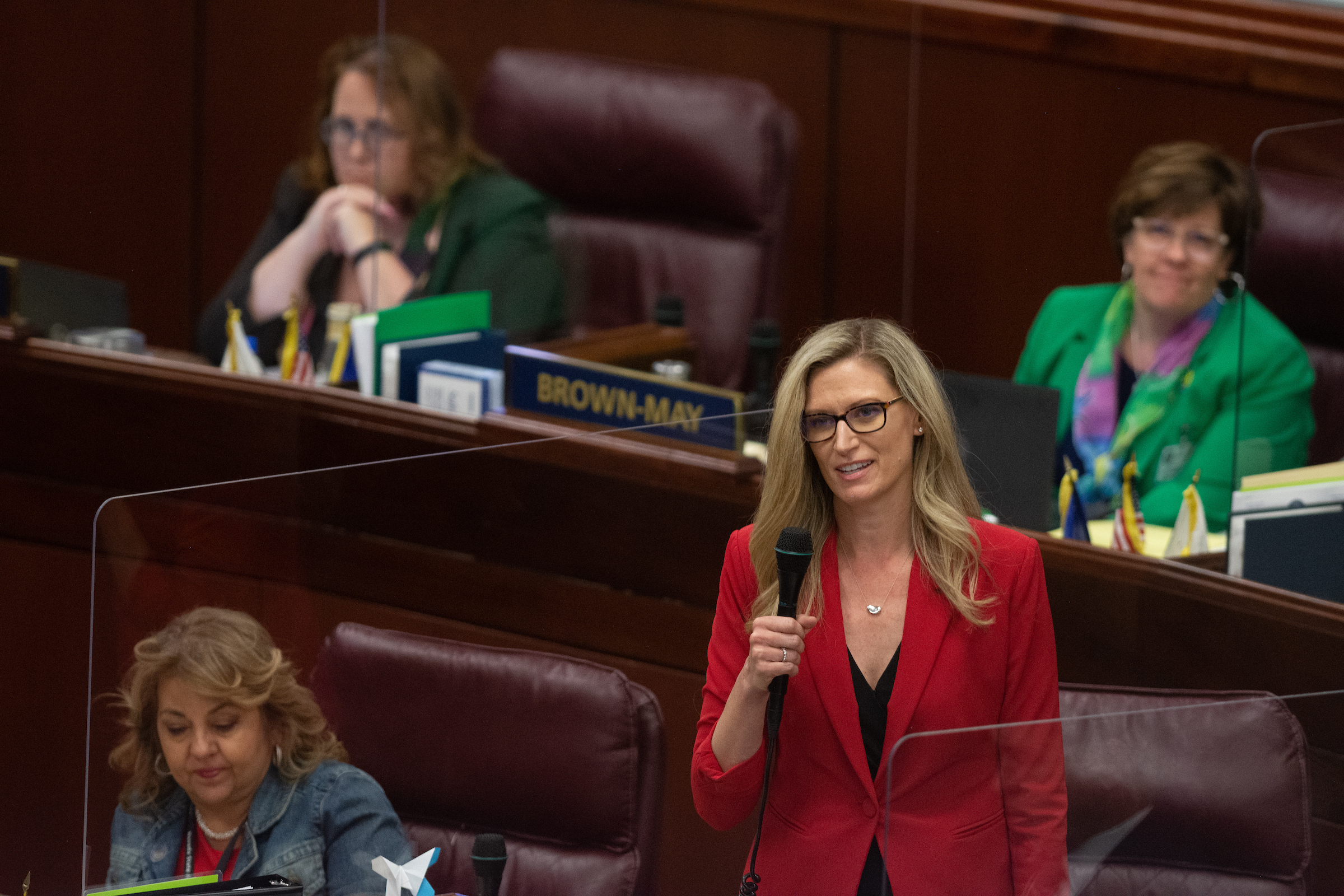 Assemblywoman Jill Tolles (R-Reno) will not run for re-election to her Northern Nevada seat in 2022, making her the ninth of 16 Republican Assembly members who have announced or are mulling not returning to their positions for the 2023 session.

In a Thursday newsletter to her supporters, Tolles announced she was leaving the Legislature to pursue “some exciting personal and professional projects,” as well as to spend more time on her family, career and “serving in other ways” outside a legislative capacity. Among those projects, she noted she is looking forward to returning to teaching through UNR and the National Judicial College.

Tolles, who has served for three regular and two special sessions of the Legislature, earned a reputation over her last five years in office as a moderate who often worked across party lines to pass legislation. In the newsletter, Tolles said she was proud to pass the majority of her bills with “unanimous or near unanimous support” and was “consistently ranked one of the most bipartisan legislators in the state during an increasingly hyper partisan political era.”

Tolles’ announcement means that about half of the Assembly Republican caucus won’t be running for re-election in 2022. Assemblyman John Ellison (R-Elko), for one, is termed out of the Legislature and therefore cannot seek re-election.

The COVID-19 pandemic caused delays with the 2020 Census, meaning that lawmakers were unable to complete the redistricting process during the 2021 session as usual. State lawmakers will need to draw new congressional and legislative boundaries during a yet-to-be-announced special legislative session sometime this fall.

In her letter, Tolles noted the upcoming redistricting process and said it will be up to voters to decide who will serve in the newly formed seat replacing Assembly District 25. She added that she plans to serve out the remainder of her term, meaning she will be present for the redistricting special session.

“It is my sincere hope the citizens will elect someone who will come dedicated to the role of a public servant, stay committed to facts and sound principles of decision making, work for the good of the state, and serve with integrity,” she said.