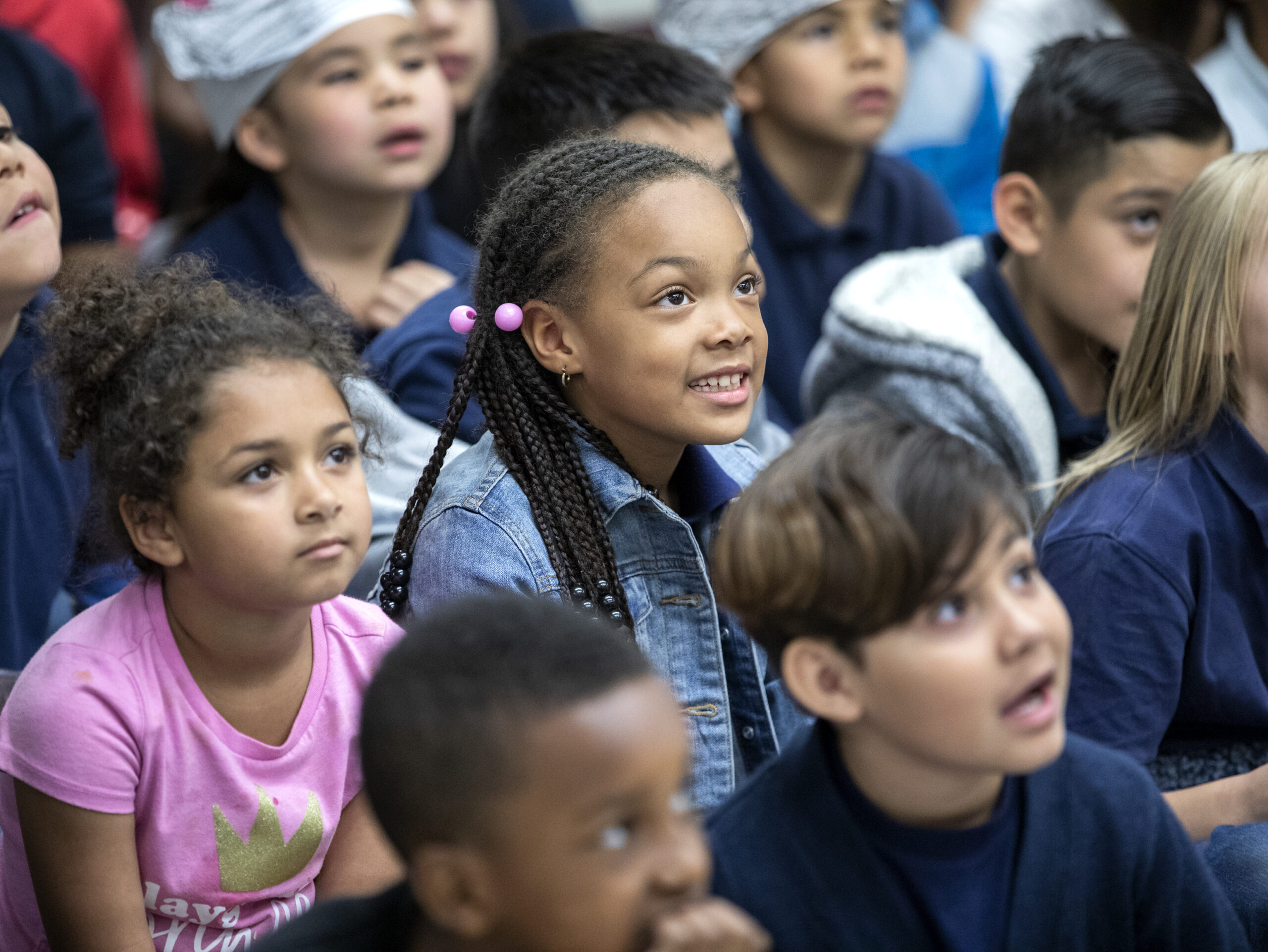 A joint budget committee took a host of steps Tuesday night toward finalizing the K-12 education budget for the upcoming biennium, though more work remains in the less than two weeks left in the legislative session.

Beyond long asides on the technical elements of changes ahead for school funding, including how to make sure charter schools and special education programs are funded fairly, lawmakers approved some of the hallmark changes coming from the transition to a new formula with no substantial discussion.

“It's almost like Christmas Day,” said Assemblywoman Maggie Carlton (D-Las Vegas), who co-chaired the joint committee. “You work really, really hard to get it done and then you have the vote, and it's all over.”

The series of votes during the two-hour meeting on Tuesday laid the groundwork for another day of education funding-focused meetings on Wednesday, including another joint budget committee meeting and a hearing on the policy side of the plan to move to a new funding formula through the bill SB439. Those funds will support the nearly 485,000 students expected to enroll in Nevada schools in the coming fiscal year.

The committee’s first act Tuesday occurred when members approved a general fund appropriation of $67.2 million to hold school districts harmless as the state transitions to a new funding formula called the Pupil-Centered Funding Plan. That amount would keep funding levels for the upcoming fiscal year in line with Fiscal Year 2020 levels.

The joint committee also appropriated $50 million of general funds to serve as a loan for the Education Stabilization Account, which is essentially a rainy day fund for the Pupil-Centered Funding Plan. The money would be repaid in annual installments equal to amounts entering the account.

Asked whether a massive influx of federal COVID-19 relief funds through the American Rescue Plan money could be used to shore up that account, chairs of money committees brought up different points about the money. The Nevada Department of Education, along with other state agencies, suffered budget cuts associated with the pandemic-caused dip in state revenue; however, the state and individual school districts are receiving a large wave of federal funds to address education challenges created by the health situation.

“The chair’s concern is spending money that I don't have in my hand yet,” Carlton said.

Sen. Chris Brooks (D-Las Vegas) said that while he wants to fund K-12 education “with whatever monies we possibly can get our hands on,” the federal funds are not allowed to shore up reserve accounts such as the stabilization fund.

“We’re not talking about less money, we’re just redirecting it so that there’s more clarity and transparency when you look at it,” Brooks said, referring to the changes with special education funding.

Lawmakers also accepted a long list of changes approved by budget subcommittees as preliminary steps to moving toward the Pupil-Centered Funding Plan. That included reducing class-size reduction funding and sweeping that into the general funding account, partially restoring the Read by Grade 3 program but sweeping it into the larger pot and sending money for a variety of other “categorical” programs with restricted purposes into the main fund.

At least one school district, however, has already indicated it plans to backfill state budget cuts to the class-size reduction program with its share of federal coronavirus relief funding.

Additionally, the committee restored funding slashed during the special session last year for at-risk students or those who are learning English as a second language. The move brings funding levels for those groups back to Fiscal Year 2020 levels, courtesy of a $2.3 million appropriation in each year of the upcoming biennium.

Education advocates who spoke during a public comment period urged lawmakers toward another action that remains conspicuously undone in the waning days of the session — raising new revenue, particularly through changing the taxation structure for the mining industry. Activists have called for advancing the proposed constitutional amendment AJR1 on the mining issue.

“The new funding plan can be touted as this great new thing that will improve education, but a new funding plan with no new funding is doomed to fail,” said Selena La Rue Hatch, a social studies teacher in the Washoe County School District. “I'm asking you to invest. If you believe in this plan, invest in it. Start with new revenue. Start with AJR1.”