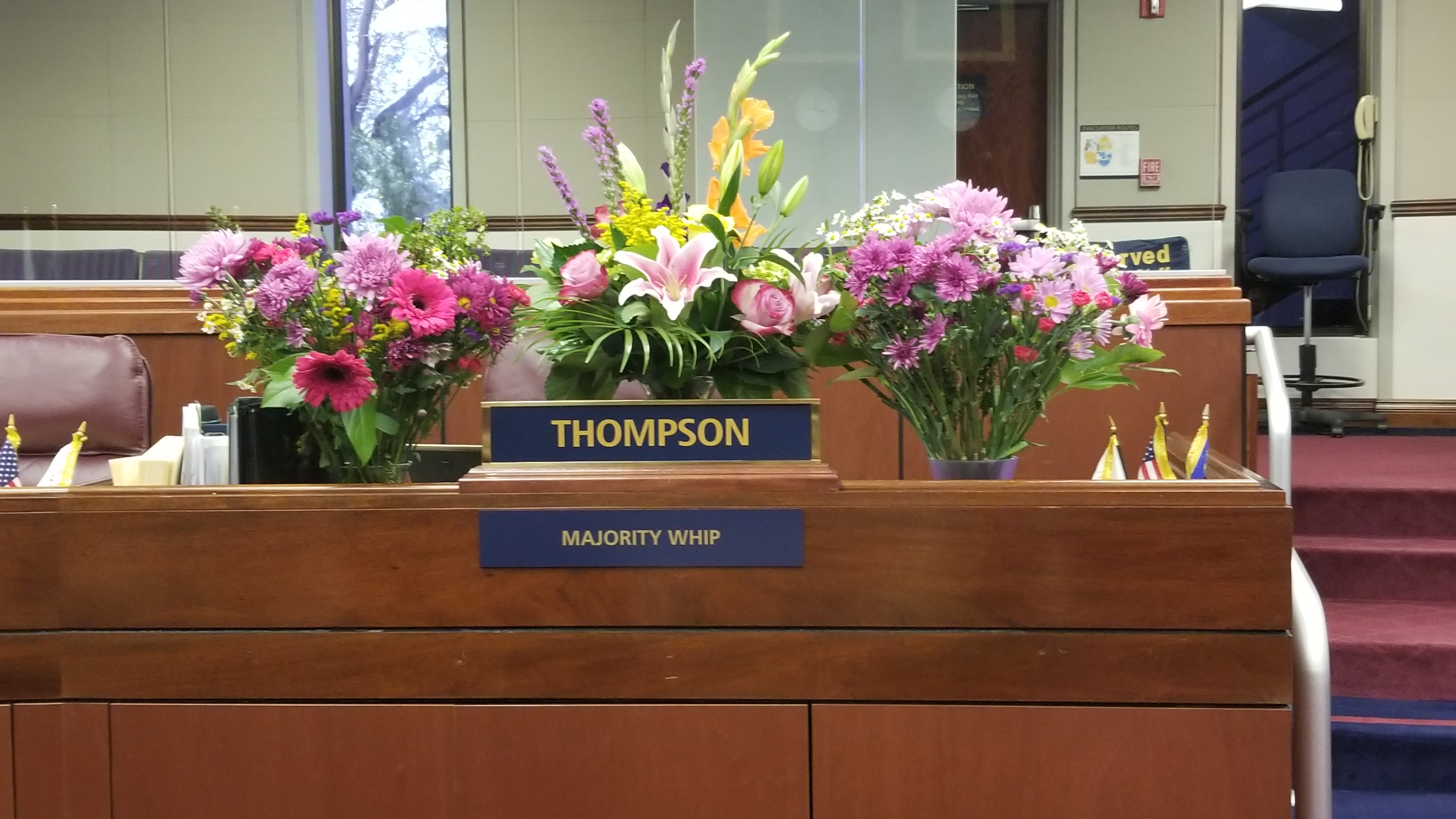 Lawmakers pinned silk corsages to their lapels as a tribute to Democratic Assemblyman Tyrone Thompson and bouquets of flowers adorned the desk where he once sat on the Legislature’s first day back since the 51-year-old’s sudden death.

The mood among lawmakers was hushed and somber on Monday, with many wearing black in honor of the fourth-term legislator from North Las Vegas. Thompson had fallen ill toward the end of last week and died early Saturday morning at Carson Tahoe Regional Medical Center in Carson City. Legislative leaders have not offered details about the cause beyond saying he was receiving emergency medical treatment at the time.

A handful of lawmakers offered emotional tributes to Thompson on the Assembly and Senate floors early Monday afternoon.

“Tyrone has and is right now reminding us that we are family,” Assembly Speaker Jason Frierson said through tears, noting that it was difficult to get back to normal business after such a loss. “Let’s do what we are here to do on behalf of all Nevadans and be humbled by the selfless example of our friend who never forgot that this is all bigger than any single one of us. Tyrone loved this institution, this body, and each of us. We loved him back.”

Frierson joked that Thompson is “somewhere organizing a team-building exercise right now, mentoring some new souls, and making sure that there’s a welcoming committee for us at some point, because he just can’t help it.”

Assembly Republican Leader Jim Wheeler said that he and Thompson didn’t agree on “almost anything” but they agreed on “what we wanted for this state.”

“The loss of his presence and the powerful light will be remembered in everyone that he touched, which is everyone,” Wheeler said.

“The state has lost an advocate, a statesman, a true Nevadan,” Settelmeyer said.

Senate Majority Leader Nicole Cannizzaro said that “the best of us was taken too soon.”

“He would want us to remember our service here is more about the lives of others than anything else,” Cannizzaro said.

Assembly Education Committee Vice-Chairman Edgar Flores will be taking on Thompson’s duties as chairman “with some help,” Frierson said.

Frierson said there are no immediate plans to replace Thompson in the last four weeks of the legislative session, and he has not had discussions with the Clark County Commission, which would pick any replacement. A spokesman for Clark County said in an email Monday morning that the county had not yet received a declaration of vacancy from the governor’s office.