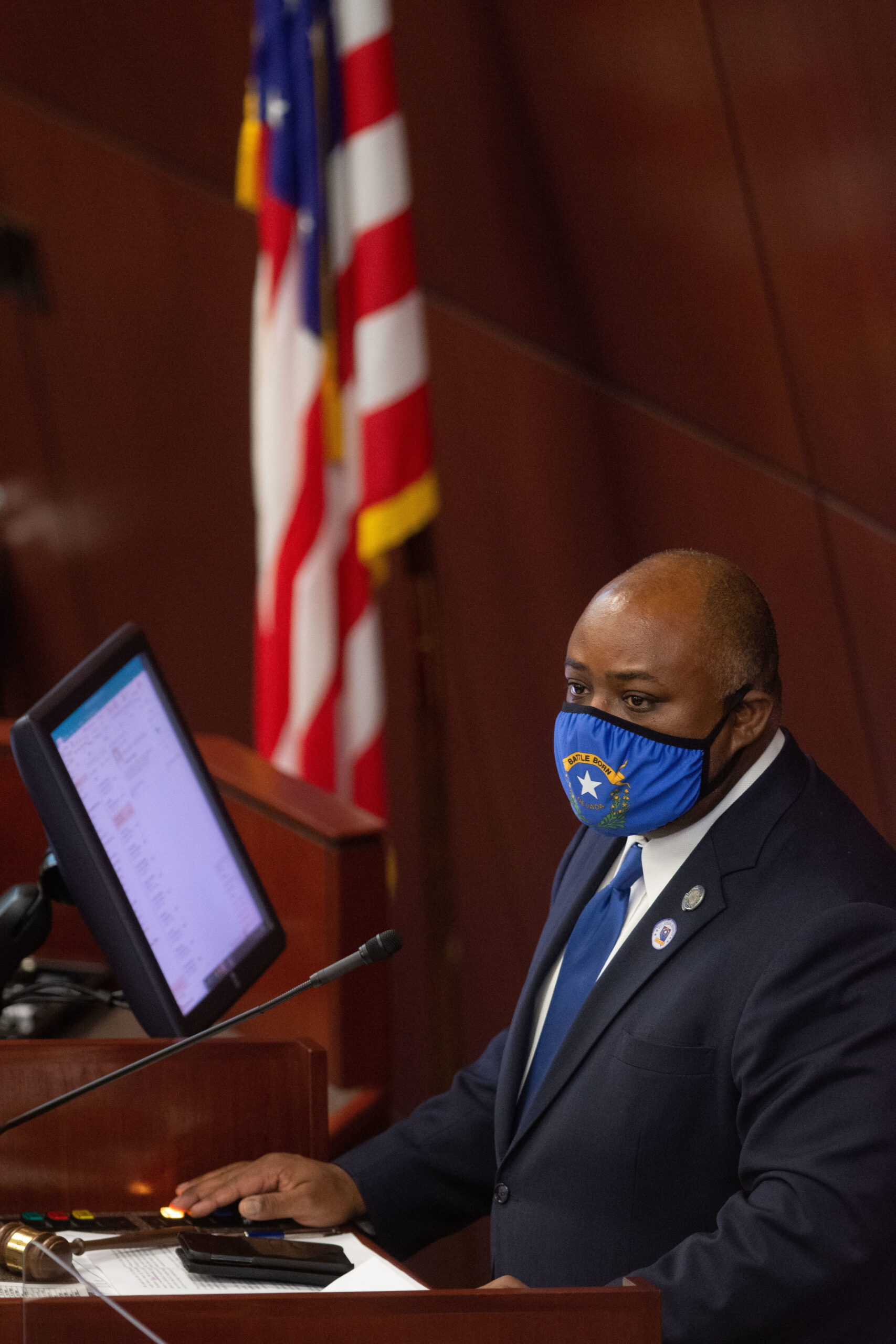 Democratic lawmakers plan to introduce a bill lowering the level of deductions that the state’s mining industry can take to reduce their taxable sales, a measure that could bring $54.7 million more into the general fund.

The proposal comes after a chorus of activists railed against the structure of Nevada’s net proceeds of minerals tax, which had an industry that grossed nearly $8 billion in 2019 and paid just $61 million in mining tax to the state. Removing a percentage of the deductions would also benefit local governments, which also receive a portion of that tax revenue from those mining taxes.

“The reality is we have a huge shortfall, and this is not about villainizing the mining industry, this is about trying to find a way to deal with a crisis for long-term stability for our state,” Assembly Speaker Jason Frierson said in an interview with The Nevada Independent. “And so, we expect all of our partners to have a stake, to step up and do their part, especially when there are hard times.”

The bill will be introduced and heard in the Assembly on Thursday, Frierson said, saying the “desire would be to move it as fast as we can.” Passage of the bill, which will be introduced as AB4, would affect and require changes to the previously-introduced budget bill (AB3), as well as invalidate the advanced payment of mining taxes called for in SB3.

But it’s unclear whether the bill will be able to garner the required two-thirds vote to raise taxes in the Senate, where Democrats are one vote short. Frierson, asked whether he was aware of any Senate Republicans who said they’d be willing to vote for the bill, said that there were “some who expressed an openness” to raising revenue “without committing or identifying any particular way.”

Speaking to reporters on Thursday evening, Senate Majority Leader Nicole Cannizzaro said she doesn’t “know ultimately what will happen” when the bill gets to the Senate side, but agreed with Frierson that it was a potential salve to the state’s “pretty dire” budget situation

“It's time for us to say that everybody has got to pay their fair share, everybody has to chip in,” she said. “We all have to work together to solve this and to stick together and to come out on the other end.”

In a statement, Gov. Steve Sisolak said the bill would produce “desperately needed revenue and reduce the magnitude of devastation this pandemic has inflicted on Nevada.”

“Now, as we face this fiscal crisis, this bill would allow the mining industry, who hasn’t suffered the same devastating impacts as other sectors of our economy, to contribute to the State’s wellbeing and help us navigate through this difficult time,” he said in an emailed statement. “I am supportive of the proposal put forward and if the bill makes it to my desk, I intend to sign it.”

But Senate Republicans released their own funding plan late Thursday, which pulls in an additional $162.1 million in restored revenue through already-adopted legislation and additional budget changes, including:

The plan would use the additional funds to eliminate $115 million in proposed cuts to the Department of Health and Human Services’ budget, including the elimination of so-called optional Medicaid services used by some of the most vulnerable Nevadans and reducing a 6 percent across-the-board Medicaid rate decrease to 2 percent. It would also restore proposed cuts to disability, mental health and child welfare programs.

It would additionally restore another $43.2 million in education funding, including $31.4 million to the Read by Grade 3 Program. The literacy initiative was created under former Gov. Brian Sandoval’s administration in 2015, but Republicans say their support of it is not partisan.

“I can't imagine saying to a family, to a parent, that we can't make sure that your child can read by three. That is fundamental … and if they can't, their lives can be a lot more difficult,” said Republican Sen. Heidi Gansert. “So we have to make every effort we can. It's unimaginable to cut those dollars because they're effective, and children need to be able to read by third grade.”

Another $2 million would go toward restoring proposed cuts to problem gambling and other programs.

Republican Sen. Ben Kieckhefer, who previously has not ruled out supporting taxes, said he would oppose the proposed changes to mining deductions when it came to the Senate, and pointed to the restoration plan proposed by Senate Republicans.

So did Gansert, another possible swing vote, adding that she was not aware of any other Senate Republican colleagues who supported the idea.

“I don't think it makes sense to try to fill a small gap,” she said. “If you're going to look at changing the taxation of mining, we should really look at it comprehensively. That's something we could do during the regular session.”

Senate Majority Leader Nicole Cannizzaro acknowledged that the measure will need a two-thirds vote, but said she couldn’t say whether Republicans who are considered swing voters would cast a crucial vote in favor of the bill.

“I don't know ultimately what will happen,” she said. “I can't speak for every individual person in the Senate, and what their vote will be.”

Asked if there’s still interest in pursuing a resolution that would start a yearslong process of removing mining’s tax cap from the Constitution, Cannizzaro didn’t rule out the option but said lawmakers were focused on “a very immediate thing that we have to do, is we have to have a balanced budget.”

Mining companies are allowed about a dozen deductions in state law to account for the costs of doing business, including deductions for everything from the cost of extracting the mineral and repairing machinery to paying health insurance to employees and conducting marketing activities.

The Nevada Constitution caps the tax rate at 5 percent of the “net proceeds” after deductions, with some companies paying as little as 2 percent, depending on how thin their business margins are.

The bill is similar to one introduced by the late Democratic Assemblywoman Peggy Pierce in 2011, except that version only allowed 40 percent of the deductions to count. At the time, Pierce testified that many of the deductions the companies are allowed were not in law when mining provisions were first in the Constitution in 1864, and had rather come in the last quarter-century.

Mining company representatives said doing so was comparable to artificially inflating the cost of a house so the government could tax it more.

Frierson said the legislation will not contain any sunset provisions, meaning that it will be a permanent measure not set to expire on any particular date.

The measure comes as lawmakers convene in a special session in Carson City review a long list of painful cuts to address a $1.2 billion budget shortfall driven by the coronavirus and related shutdowns. The proposal includes cuts to Medicaid and to education programs geared toward K-12 students.

Frierson said that lawmakers have not identified which cuts would be added back should the bill pass, though he named education and “supporting state employees” as two key priorities.