Nevada grows majority-female Legislature after 2020 election, with more than 60 percent of seats to be filled by women 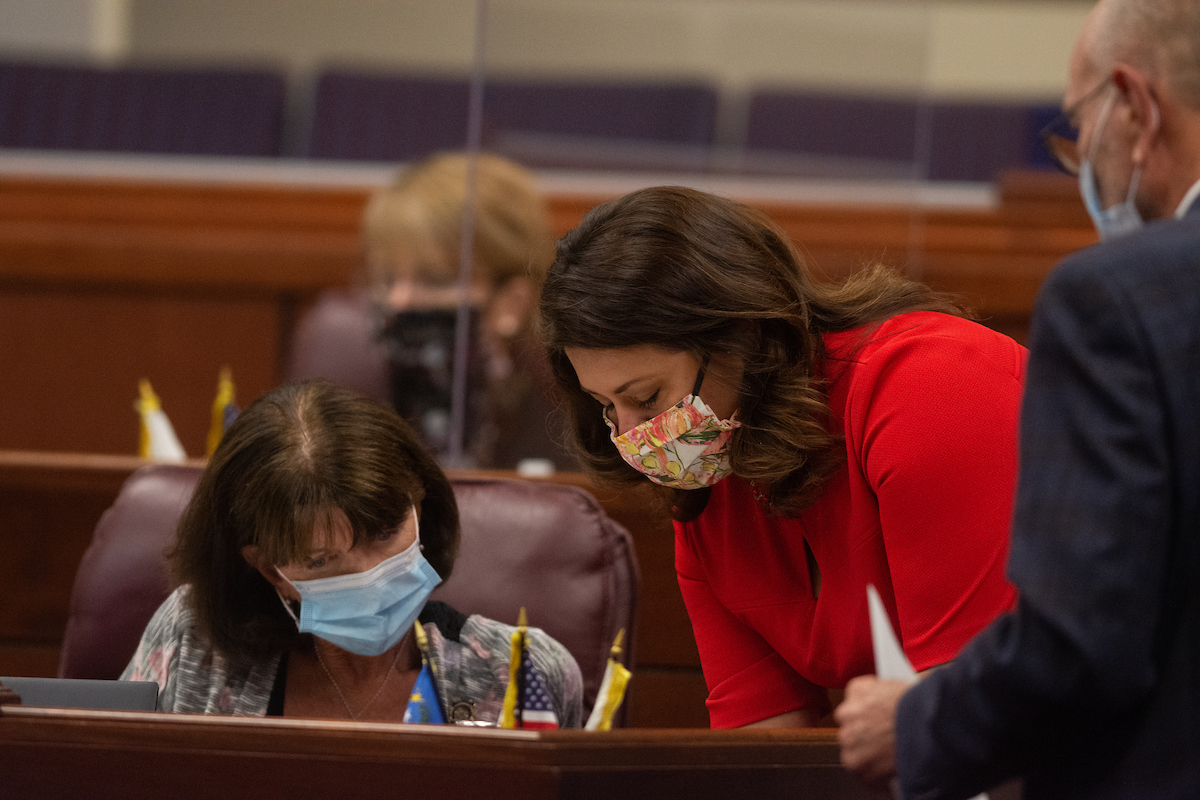 Two years after Nevada made history as the first U.S. state to have women compose a majority of its state Legislature, lawmakers will return to Carson City in 2021 with nearly 60 percent of the seats filled by female legislators — by far the largest percentage of any statehouse in the country.

Though Democrats lost three seats in the Assembly and one in the state Senate after final vote totals were released over the weekend, one of the most notable changes heading into the 2021 Legislature will be the gender makeup; female lawmakers will now represent 38 seats in the 63-member body.

In total, the 42-seat state Assembly will have 27 female lawmakers and 15 male lawmakers, including 19 female Democrats and eight female Republicans. In the 21-member state Senate, men will hold 10 seats and females will hold 11 (two Republicans and nine Democrats). Women held 33 of the 63 seats in the 2019 Legislature, hitting the majority mark after two female Assembly members (Rochelle Nguyen and Bea Duran) were appointed to vacant positions by the Clark County Commission in December 2019.

The increase in female lawmakers can be attributed to a variety of factors, including several retiring or termed out male legislators being replaced by women and both parties running female candidates in several major races, including three close state Senate seats. That means substantial turnover — roughly a quarter of legislative seats will be filled by newcomers — will result in Nevada again having the nation’s highest percentage of female lawmakers.

Democratic Assemblywoman Maggie Carlton, first elected in 1999, said the gender balance was closer to 70-30 male dominated when she entered the Legislature, but that gradual cultural shifts over the next 20 years helped drive the shift to first gender parity and later a clear female majority in the statehouse.

“Women realize that we've got to be at the table,” she said. “We've worked very hard for that. We've educated folks. We've gotten them involved. And they've seen what's at stake, and they want to be part of the conversation. I think that's fantastic.”

Regardless of gender make-up, lawmakers entering the 2021 legislative session will have an immediate and pressing agenda: constitutionally-mandated redistricting; a response to the COVID-19 pandemic and likely additional major budget cuts to the state general fund; and a host of potential tax issues, including efforts by the Clark County Education Association to qualify a sales and gaming tax initiative, and proposals brought during the 2020 summer special session to hike the cap on mining taxes in the state constitution.

But Jill Tolles, a Republican Assemblywoman entering her third term, said that growing ranks of female lawmakers also have helped bring more legislation to the forefront on previously under-addressed issues, including measures aimed at preventing sexual assault or sex trafficking.

Tolles said it was special to be a part of history as part of the first female majority Legislature, but that it will be more important when reaching gender parity isn’t newsworthy.

“It's still exciting, and it's still wonderful to see, but I think that one of the things that we saw in 2019 was we very quickly after the celebrations, just rolled up our sleeves and got to work on policy,” she said. “And not just policy on some of those issues that we hadn't traditionally given as much light to or given as much time to in the past, but all policies that impact men and women equally.”

Nationwide in 2020, only about 29.3 percent of lawmakers in state legislatures are female, according to a tally by the Center for American Women and Politics.

Seven legislative districts are going from male to female representative, including:

Three districts previously represented by female lawmakers will now have a male representative, including:

The tally of female lawmakers has increased since the start of the 2019 session, owing to vacancies (several resignations and a death) of seats held by men but filled by female appointees. Ahead of the 2020 election, the 63-member body was composed of 34 female lawmakers and 29 male lawmakers.

“We have a tendency more to want to wrap our arms around something and try to solve all the pieces of the puzzle, while I think the guys sometimes want to dissect it and see what's wrong, and then put it together,” she said. “We come at things in a different viewpoint with all the different life experiences that we have.”