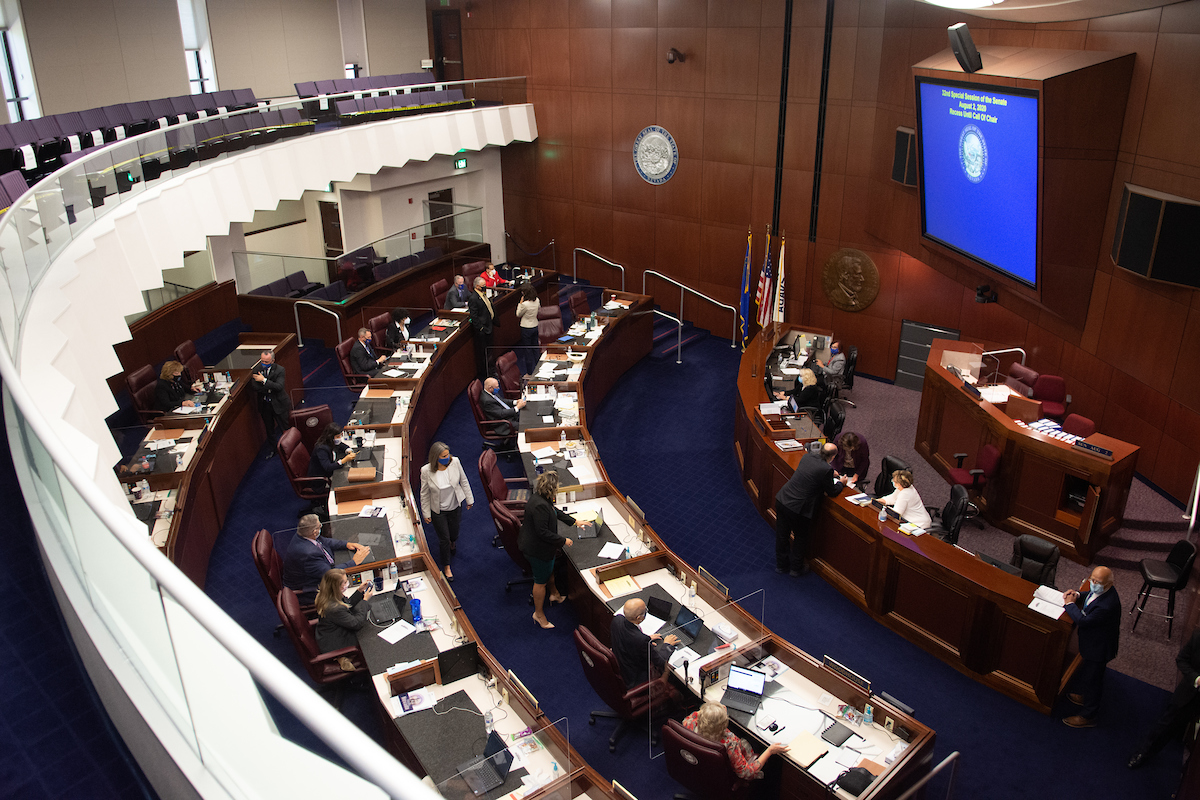 Legislative leaders and Gov. Steve Sisolak are staying noncommittal on the future of a measure to repeal capital punishment in the state, even as a major legislative deadline approaches and advocates for abolition continue to turn up the pressure.

Friday marks the deadline for bills to pass out of their second house committee, and many criminal justice reform advocates say they are concerned that the measure abolishing capital punishment, AB395, remains in limbo with no hearing scheduled in the Senate Judiciary Committee. The bill passed out of the Assembly in April on a 26-16 vote with all Republicans in opposition.

"I want to be very clear … to the folks in the Senate, and to the governor, that opposing the abolition of the death penalty does not show that you are tough on crime," Taylor Patterson, executive director of the Native Voters Alliance of Nevada, said Monday during a virtual press conference hosted by the Nevada Coalition Against the Death Penalty. "It shows that you are very, very weak, and you are more beholden to district attorneys, than you are to your constituents and to true justice."

So far, the public pressure campaign — which has included polls, an advertising blitz and the hiring of lobbying firm Strategies 360, helmed by former top-ranking Democratic legislators — hasn’t outwardly moved the needle for legislative leaders and the governor, who declined to give more specifics on the bill’s future with just a few days before the deadline.

Legislators in the Senate said they have been hesitant to move the bill forward after Sisolak said he supports the death penalty in "severe situations," such as the October 1 shooting. Asked whether he was working with lawmakers to amend the bill, Sisolak said on Monday in a brief interview that his office was not actively working on an amendment and would see what the Legislature ends up doing.

"I'm going to wait and see what comes over out of the Legislature,” he said. “It's in their hands now.”

Senate Majority Leader Nicole Cannizzaro (D-Las Vegas), a prosecutor employed by the Clark County district attorney’s office, told reporters on Monday that there have been "ongoing discussions" surrounding the bill and a possible amendment could be forthcoming.

"We'll see where those end up," she said.

Despite expressing support for abolishing capital punishment earlier this year, Judiciary Committee Chair Sen. Melanie Scheible (D-Las Vegas), also a prosecutor for the Clark County district attorney’s office, hinted that the bill would have better chances of advancing if the sponsor, Assemblyman Steve Yeager (D-Las Vegas) brought forward an amendment that would appeal to Sisolak.

In a separate interview on Monday, Yeager said that the measure has not yet progressed but expressed some optimism that a deal could be made.

"We still have a week to go, so trying to decide how best to proceed," he said. "But we've got five days, which is a lifetime in this building."

The legislative drama over a possible capital punishment repeal is advancing in tandem with efforts by the Clark County district attorney’s office to schedule an execution for Zane Floyd, who was convicted of killing four people inside a Las Vegas grocery store two decades ago. Prosecutors had initially pushed for the execution to be scheduled for the week of June 7 — days after the scheduled end of the legislative session — but agreed this week to postpone until late July after the state prison director testified that the system needs at least four months to prepare for a lethal injection.

The execution would be Nevada's first enactment of capital punishment in 15 years. The state came close to executing Scott Dozier in 2018, but a protracted legal fight about the drugs in the lethal injection delayed the execution, and Dozier died by suicide in 2019.

Yvette Williams, chair of the Clark County Black Caucus, said that she and others are pushing for a full repeal of the death penalty, and that discussions around the bill should not be held behind closed doors.

“This past summer, there were promises made about reforms around racial justice issues,” Williams said. “We're looking very closely and paying attention to not only what's voted on the floor, but what bills come before each committee ... who's deciding what's going to be heard."