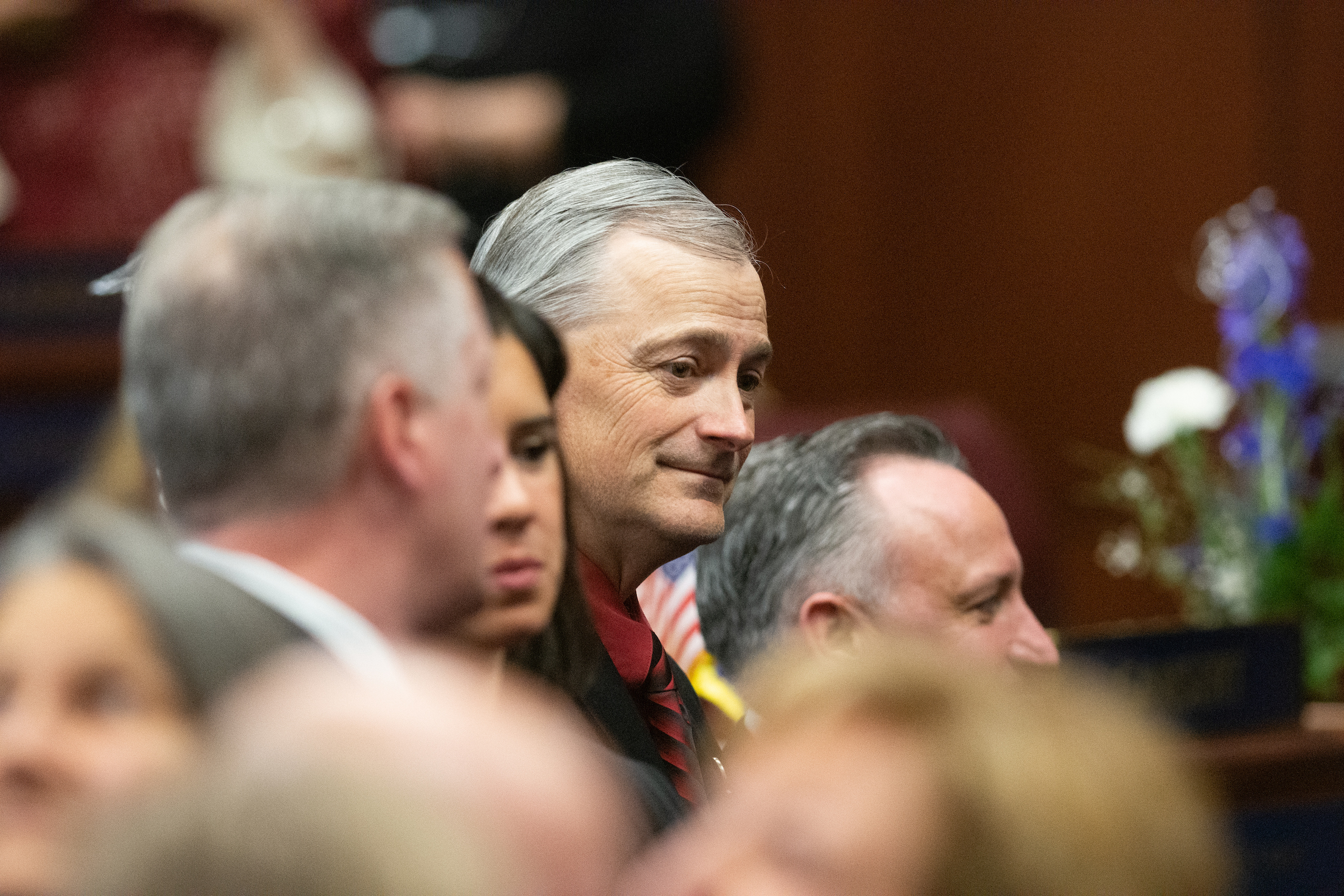 Senate Republicans are mounting a legal challenge to a Democratic-backed bill removing a scheduled decrease in the state’s payroll tax rate, which could have significant ramifications for the state’s two-year budget.

A lawsuit challenging the constitutionality of the measure was filed Friday afternoon in Carson City District Court, with all eight Republican senators named as plaintiffs. Three companies — Great Basin Engineering Contractors, Goodfellow Corporation, and Kimmie Candy Company — are also listed as plaintiffs in the suit, on the grounds that they pay the payroll tax.

Gov. Steve Sisolak, who signed the measure into law, and Senate Democratic Leader Nicole Cannizzaro, who sponsored the bill, are named in the lawsuit, as are Lieutenant Governor Kate Marshall, who serves as president of the Senate, Secretary of the Senate Claire Clift, the Department of Taxation, and the state of Nevada.

“We have checks and balances for a reason and eroding the two-thirds requirement is an unprecedented disregard for the constitution and creates a dangerous precedent,” Senate Republican Leader James Settelmeyer said in a statement. “While there was ample money to fund education and other vital programs, Sisolak and Cannizzaro acted recklessly and their behavior created an unnecessary constitutional crisis at the expense of over 23,000 small business in Nevada.”

Republicans are seeking a decision from the court before Oct. 1, when businesses will have to pay the first round of taxes authorized by the bill, to prevent the state from having to issue taxpayer refunds.

After multiple revisions in the waning days of the legislative session, Senate Democratic leaders pushed through legislation extending the payroll tax rate, SB551, in a dramatic floor session on the final day after failing to attract the support of one Republican senator, which would have allowed the bill to pass with two-thirds majority support.

When an initial vote failed with all eight Republican senators opposed, Democratic leaders quickly introduced and adopted an amendment to the bill removing a two-thirds requirement — required for any measure that raises taxes — and added language ending the unfunded Education Savings Accounts Program, a Republican-backed program in limbo since 2017 when the state Supreme Court found its funding mechanism to be unconstitutional.

Republicans argued at the time, and in the complaint, that the legislation effectively increased revenue because the payroll tax would have decreased without legislative action. They also argued that the state never needed the money from the bill to balance its budget.

The lawsuit states that the decision hurts Republicans because it nullifies plaintiff senators’ votes against the tax and “materially altered how the votes of individual Senators in the 80th Session of the Nevada Legislature effectively determined legislative action.”

The lawsuit also challenges another piece of legislation extending a $1 technology fee imposed by the Department of Motor Vehicles, SB542, which also passed with simple-majority support and is expected to generate about $7 million a year. The DMV is also named as a defendant in the lawsuit.

Roughly 22,000 state businesses pay the Modified Business Tax, a 1.475 percent payroll tax assessed on businesses with more than $50,000 in taxable wages per financial quarter. Finance and mining businesses pay a 2 percent rate. The current tax rate was set in 2015 as part of a move by former Gov. Brian Sandoval to raise more than $1.1 billion in new and extended taxes for education funding, but included a provision automatically lowered the tax rate if certain tax sources brought in more revenue that what was projected by the state’s Economic Forum.

That “buy-down” was triggered in late 2018 and was set to take effect in July 2019, but Sisolak and legislative Democrats identified maintaining the tax rate as a priority and a way to retain tens of millions of dollars in tax revenue. Attorneys with the Legislative Counsel Bureau issued an opinion in early May stating a two-thirds majority was not required to nix the scheduled payroll tax decrease.

The extension of the existing payroll tax rate is expected to generate about $98 million over the biennium and be directed toward school safety initiatives ($16.7 million), teacher raises ($72 million) and the Opportunity Scholarship program ($9.5 million).

In a discussion with reporters the day after the legislative session wrapped up, Sisolak said he was confident that the bill would prevail in the face of any court challenge.

“I’ve been in government for 20 some odd years and if you don’t trust your attorneys, you’ve got a problem,” he said, nodding to a legal opinion issued in late May by the Legislative Counsel Bureau that concluded the measure only needed a 50 percent vote to pass. “So I’m confident that the attorneys gave us a good opinion.”

He did not say whether he believed a special session would be necessary if the tax is struck down, saying that “either way … we’re going to be able to keep moving forward.” He also said teachers should not worry about their pay raises remaining intact in spite of the uncertainty: “The teachers should feel very secure that they’re getting a pay increase.”

Read the full lawsuit below: