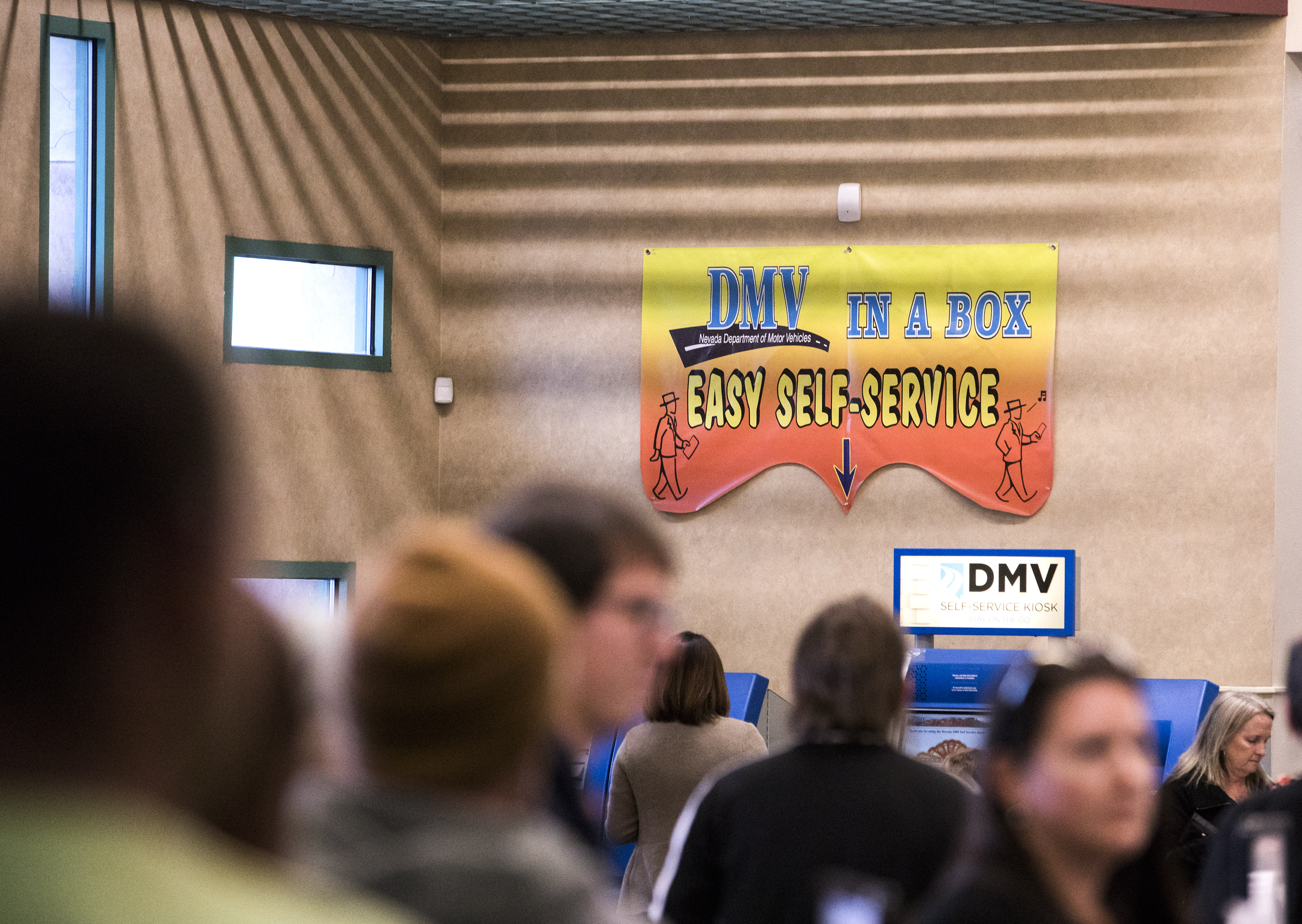 In the near future, Nevada drivers and anyone who made a transaction at the state Department of Motor Vehicles over the past two years is in line for a somewhat meager payday — a refund of the $1 per transaction technology fee.

Although the actual form of the refunds is still undetermined, the state has allocated roughly $7.8 million to pay back a total of $5.1 million worth of the $1 technology fees assessed on all DMV transactions over the past two years.

Refunds of the technology fee — which has been in place since 2015 and was designed to fund a long-awaited but scandal-stricken DMV system modernization upgrade — didn’t exactly come as a surprise. The fee and an extension of the state payroll tax were challenged by state Senate Republicans in a 2019 lawsuit, and the state Supreme Court ruled in their favor in May 2021, requiring that the state pay back the unconstitutionally extended taxes collected over the past year.

While the DMV this session had requested a further extension of the $1 fee (which legislators did not approve), the agency also had made plans in case of an adverse ruling from the state Supreme Court, sequestering about $5.9 million in fee revenue in case it was ordered to pay the amount back to customers.

But paying back 5.9 million worth of $1 fee transactions comes at a cost — $7.8 million in state Highway Fund dollars, which legislators appropriated to the DMV through a last-minute amendment in the final days of session.

A DMV spokesman said the agency was still working on details of the refund payments, and that any proposal would need to go through legal review, be approved by all parties involved in the court case and finally receive approval through the Interim Finance Committee — meaning any refund payments are likely months away.

Frustration over the situation was palpable among legislators in the final week of session.

“The biggest part of this whole damn thing is they need the money to fix the technology, so that if they had this problem again, they'd have the technology to fix it,” Assembly Ways and Means Chair Maggie Carlton (D-Las Vegas) said in a late May interview. “It's chicken and the egg, it's just circular. It's crazy. This is a circular firing squad.”

After the state Supreme Court handed down its decision in early May, legislators introduced several bills — AB488, AB491, AB490 — aimed at either retroactively enacting the technology fee or appropriating dollars to the DMV to help cover the cost of issuing refunds.

But all of those measures ran into a similar problem — Republican lawmakers (whose votes would be needed to exceed the constitutional two-thirds majority needed for any tax increase) were generally against any kind of legislative maneuvering to keep the fees in place, either going forward or retroactively.

During a late May hearing on AB488, which would have extended the fee through June 2026 and also would have retroactively permitted the fee from the end of June 2020 onward, state senators James Settelmeyer (R-Minden) and Keith Pickard (R-Henderson) took the unusual step of testifying in person against the bill.

“Judgment has been entered by the District Court in favor of the plaintiffs in the two-thirds case and, in particular, the judgment in favor of the taxpayers and the fee payers,” Settelmeyer said at the time. “I don't want to belabor this point. I'm tired of litigation. People deserve their money back.”

Without a clear path to a two-thirds majority to implement or reinstate the technology fee, Democratic legislative leaders instead opted to focus on allocating funding to the DMV to process the refunds. During a Saturday, May 29 evening budget meeting on AB490, an appropriations bill covering the cost of conducting the refunds. Carlton said lawmakers had a “responsibility to do this now.”

“Believe me, I'd much rather spend this $8 million on autism, that would help solve a big problem with autism right now, but instead we are spending $8 million on helping the DMV refund $5 million,” she said at the time.

Republican lawmakers on the committee chafed — Assembly Minority Leader Robin Titus (R-Wellington) suggested that since the court gave no timeline, lawmakers could wait and see if the DMV could instead implement a credit system rather than sending out checks. Assemblyman Tom Roberts (R-Las Vegas) suggested that lawmakers put the money in a contingency fund and dole it out through the Interim Finance Committee once the DMV had a more solid plan or other options in place.

“I do believe it's a little premature. I think there's some other options that we can do later on,” Roberts said.

An irked Carlton opted to set the bill aside, saying that she wanted to ensure that a repayment option was actually supported, and was “not just being suggested, and then still voted against, which I have had an experience with this year.”

“Madame Chair, I'll give you my word if that's the way that we go, I’ll support it.,” Roberts replied.

Between Republican skepticism and the truncated timeframe of the final days of the session, all three of the legislative fixes to the DMV fee issue were relegated to the legislative dustbin and never advanced past the hearing stage.

Death of the technology fee will not immediately affect the DMV’s planned system modernization upgrades. Language included in one of the budget implementation bills (AB494) directed the state to allocate an additional $13.6 million to the project if the two proposed Assembly bills AB488 and AB491 failed to pass.

Instead, lawmakers opted to amend language into SB457 — another last-minute measure authorizing the DMV to use a greater share of state Highway Fund dollars — that appropriated $7.8 million for the cost of issuing refunds of the technology fees.

“There is no time to wait, and we need to get it done now,” Carlton said prior to Assembly adoption of the amendment.