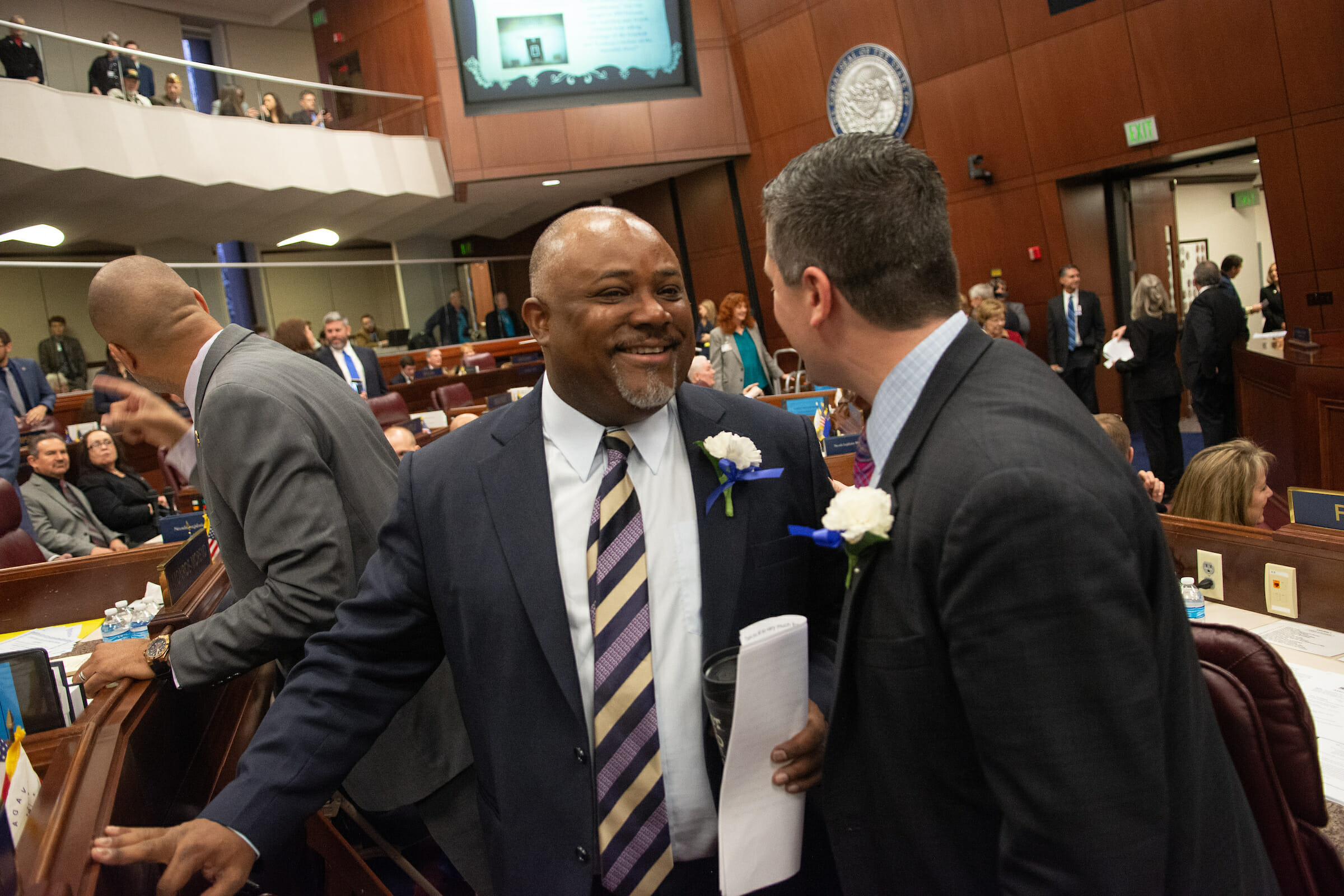 Assembly Speaker Jason Frierson will return to the Clark County public defender’s office on Monday after about two and a half years in the county district attorney’s office.

Frierson, a Democrat, previously worked for the public defender’s office from October 2005 to April 2012, working his way up from a deputy public defender to team chief, a role in which he was responsible for overseeing attorneys working on a wide range of criminal cases. In his new role as an assistant public defender, Frierson will oversee teams of attorneys and support staff in the office, which has 210 full-time staff, including 120 attorneys.

The move was confirmed by the county on Thursday.

Frierson, in a text message Thursday evening, said that he's been "privileged to work on behalf of our community's most vulnerable populations for years" and that he was "excited" by what the public defender's office is doing to connect clients with services.

"I knew it would reduce recidivism and I’m looking forward to being a part of that effort," Frierson said. "The work I have done with the team at the DA's office, in private practice and now returning to where I began my service nearly 15 years ago, will allow me to continue to be an advocate for the children and families of Southern Nevada."

Frierson’s job change means that no longer will the Nevada’s top two legislative leaders both be employees of the Clark County district attorney’s office. Senate Majority Leader Nicole Cannizzaro is a chief deputy district attorney in the office, which is where she first met Frierson when the two shared an office.

As speaker, Frierson pushed for legislation that would restore voting rights to formerly incarcerated individuals. In May, Gov. Steve Sisolak signed one of his bills, AB431, into law, homogenizing the state’s previously uneven system for automatic voting rights restoration.

But other ambitious criminal justice reform proposals failed to advance in the 2019 legislative session, including a cash bail reform bill opposed by bail bonds agents, district attorneys, local governments and even some bail reform advocates.