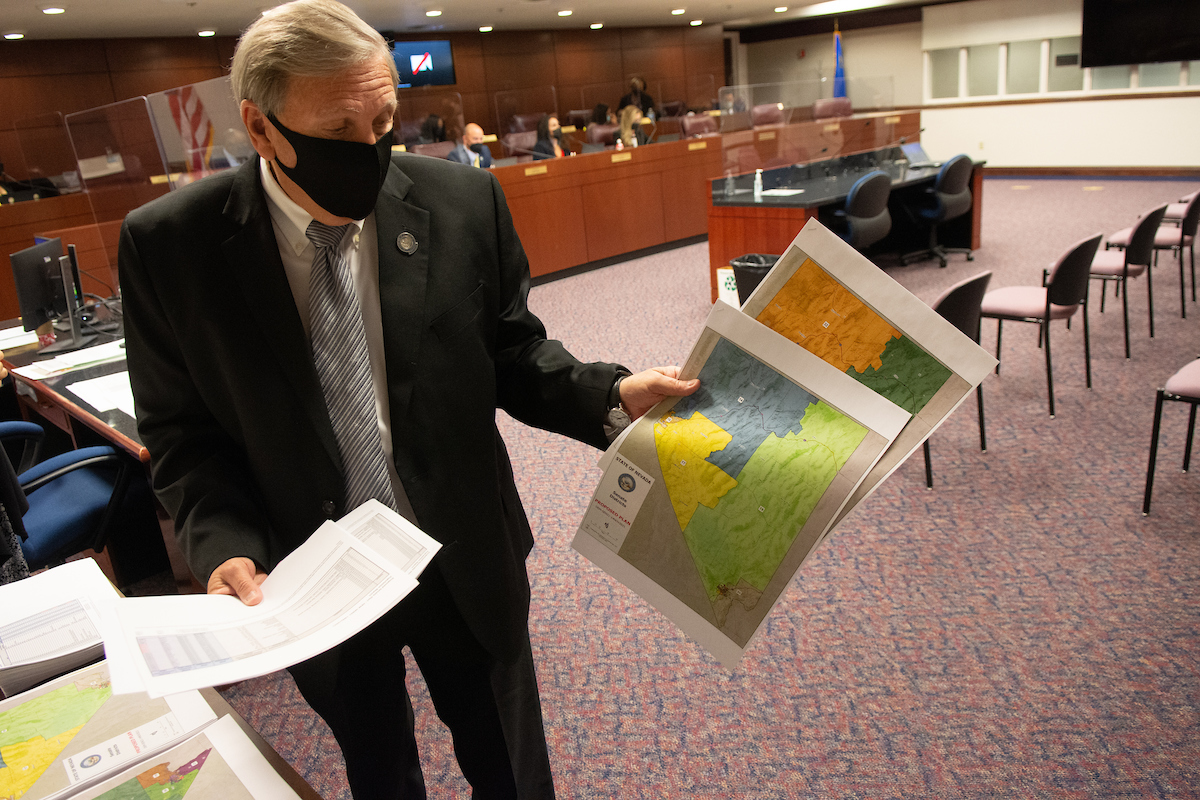 After setbacks in 2020, backers of the initiative to create an independent redistricting commission have re-filed and hope to get the question taking redistricting power out of the hands of lawmakers onto the 2022 ballot.

The initiative was filed Thursday with the secretary of state’s office by College of Southern Nevada professor Sondra Cosgrove, who headed the 2020 effort. The 2022 push is backed by the Fair Maps Nevada group, which supported the previous version of the ballot question.

That version was challenged in court almost immediately after it was filed by a Las Vegas pastor with ties to state Democrats. Despite winning a deadline extension in federal court, difficulties with collecting signatures in the midst of a pandemic last summer meant the group fell well short of signatures needed to qualify the initiative.

In an interview, Cosgrove said the widespread prevalence of COVID vaccines since the start of this year would make it easier to collect signatures. She said the need for updates to the redistricting process were underscored by the November redistricting special session, with Republicans and minority community advocates complaining that the process was rushed.

“This is why we said this was going to be a problem,” she said. “And so we kind of joked around that maybe we should rename the ballot initiative the ‘We told you so’ initiative.”

If approved, the ballot initiative would create a seven-member “Independent Redistricting Commission,” with four members appointed by legislative leaders of both parties in the Assembly and Senate, and the remaining three members — who must not be members of a major political party for at least four years beforehand — chosen by the first four appointed members.

Individuals who would not be allowed on the commission include:

Terms of the commissioners would expire once the body finishes its “obligations for a census cycle,” but not before judicial review of the new district maps is completed. It would also require all meetings of the redistricting commission to be open to the public, and to consider all “commission materials” public records.

According to Ballotpedia, eight states use commissions for congressional redistricting, and 14 use them for legislative redistricting, with the vast majority not populated by those in elected office. Advocates say that the model helps suppress partisan gerrymandering and makes elections fairer and more competitive — maps adopted by lawmakers in the 2021 special session are widely considered to favor Democrats.

The provisions are copied from the proposed 2020 ballot question, save for the changes in effective dates and removing a requirement that the commission meet mid-decade to re-do the maps approved by lawmakers last month. Instead, it would take effect after the 2030 census.

Cosgrove noted that possible legal challenges to the initiative are less likely to prevail this time around, as the initiative is using language in its 200-word ‘description of effect’ summary that was approved in late 2019 by Carson City District Court Judge James Russell.

“I assume someone else could try to pick apart the description of effect,” Cosgrove said. “Then we would just go back into Judge Russell's court and say the description effect was the one you approved.”

In order to make it on the ballot, backers need to collect signatures of 10 percent of voters who cast a ballot in the 2020 election — equal to 140,777 valid signatures, with at least 35,200 from each of the state’s four congressional districts, by the late June deadline.

In the past, the initiative received modest financial support from trade groups for the state realtors association and franchised auto dealers. Cosgrove said she planned to reach out to those groups and additional ones, but decided to file the paperwork for the initiative before lining up a supportive coalition.

Cosgrove said that the most recent redistricting process had revived frustrations with the legislative process — which is not subject to open meeting law or public record requirements — and said her hope was to give the public more input into how district maps are drawn.

“I just hope that whoever disagrees with us is willing to disagree with us in editorials or a debate format, and that we can stay out of court this time, so that we can actually exercise our constitutional right to run the ballot question,” she said.