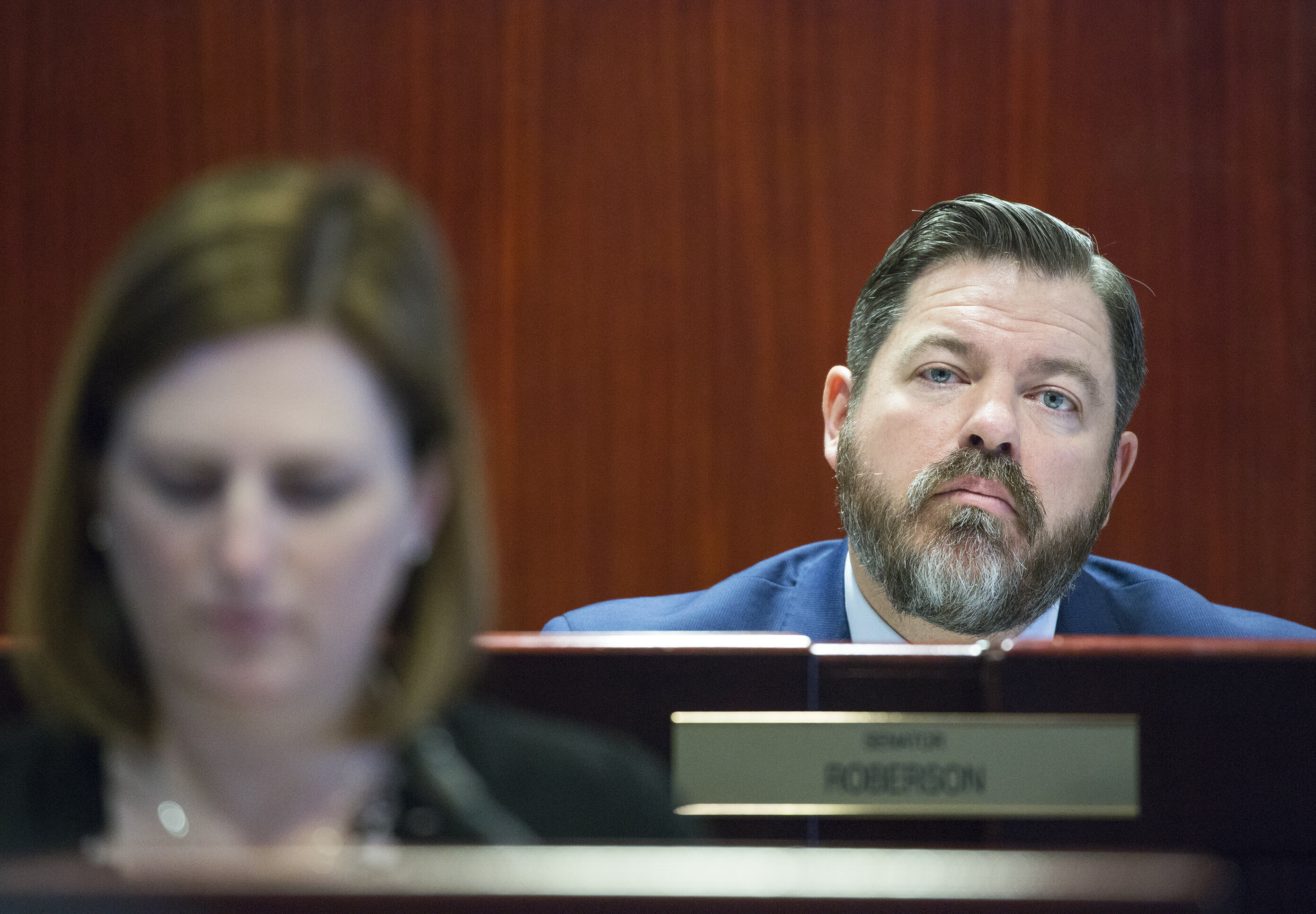 Republican Senate Leader Michael Roberson is calling on his legislative colleagues to demand an investigation into Gaming Control Board Chairman A.G. Burnett, accusing the top gaming regulator of “collusion” with legislative Democrats.

Roberson called Burnett a “rogue regulator” who Democratic lawmakers partnered with to tarnish Laxalt’s reputation in a statement Friday night and first reported by the Associated Press. Burnett, a Republican, said in a recently-released affidavit that he was “shocked and in disbelief” that Laxalt had asked him to intervene in a civil dispute on behalf of billionaire Sheldon Adelson at a hastily-arranged meeting in March 2016.

Democratic lawmakers recently obtained the affidavit along with a recording Burnett made of his coffee shop meeting with Laxalt. The Assembly Ways and Means Committee introduced a bill draft request on Wednesday to allow the Gaming Control Board to retain its own legal counsel outside of the jurisdiction of the attorney general, the board’s current legal counsel.

It is unclear when a hearing on the bill would be held, but it could come as early as next week.

Now, Roberson is alleging that Democratic lawmakers are working with Burnett to hurt Laxalt, the unannounced Republican frontrunner for governor. Roberson is widely expected to run for lieutenant governor in 2018.

“Legislative Democrats have partnered with a rogue regulator to unfairly tarnish the reputation of our attorney general for crass, political purposes,” Roberson said in a statement. “This apparent collusion has caused me to lose faith in our chief gaming regulator and I call on my legislative colleagues to demand an investigation into the actions of gaming regulator Andrew G. Burnett.”

Burnett said in a statement Friday night that he has no political agenda.

“I don’t have a political agenda,” Burnett said. “I was just doing my job and I was very concerned at the time.”

A spokeswoman for Republican Gov. Brian Sandoval earlier this week confirmed that the governor still has confidence in Burnett, who he appointed to the post in October 2012.

“Sen. Roberson’s accusation is completely false. We stand with Governor Sandoval in full confidence of Chairman Burnett, even Senator Dean Heller said this warrants a Legislative hearing,” a caucus spokeswoman said in a statement. “Maybe Senator Roberson should talk with the Governor before he starts smearing a Republican appointed public servant.”

Spokeswoman for the governor and attorney general could not immediately be reached Friday night for comment.