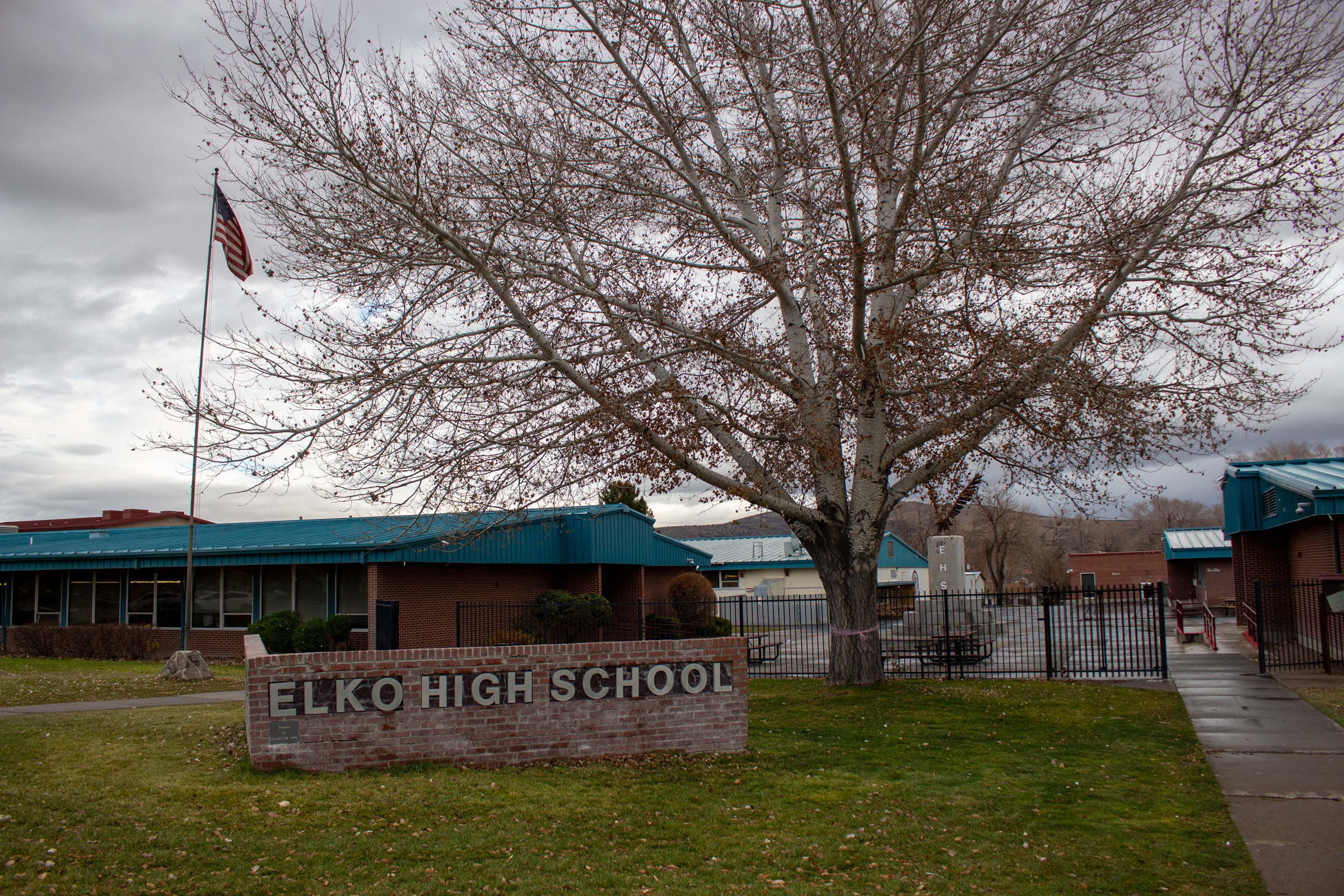 Should the Elko County School District take out $150 million in bonds to build, repair and maintain educational facilities during the next six years? That’s the question facing voters in Nevada’s northeastern corner in a special election on Dec. 14, although voters can cast their ballots as soon as this weekend by mail or in person.

A wish list presented during a previous school board meeting for capital improvement projects for 2021 through 2032 included updates to many K-12 schools and gymnasiums, a new elementary school in Elko, a career technical education building for Spring Creek High School and a remodel of Elko High School, a building that dates back to 1917, among others. The school district serves roughly 10,000 students in the county of more than 52,000 people.

The proposed measure, if approved, is not expected to change the property tax rate, but will adjust the portion of those proceeds earmarked for the Elko County School District for capital improvement projects. The measure would reduce the property tax rate by 25 cents, but local municipalities have the authority to increase the tax rate as part of the budgeting process, so long as it doesn’t exceed the $3.64 cap set by the Legislature. Such a move from local governments would eliminate the savings for taxpayers.

Currently, 75 cents per $100 of assessed value of the property tax is set aside for the Capital Projects Tax, known as “Pay-As-You-Go,” although voters rejected a plan to renew that mechanism during last year’s election by a nearly 17-point margin. It generated more than $250 million from its inception in 1986 through April 2020, helping fund construction of six new schools in the county, a gymnasium and other projects. It expires on June 30, 2022.

Interim Superintendent Jeff Zander called “Pay-As-You-Go” the perfect tool to build school facilities interest-free in an Elko economy closely tied to the countercyclical mining industry. But he thinks the new proposal up for voter consideration, which would levy 50 cents instead of 75 per $100 of assessed value toward capital improvement projects, could be a better mechanism because it would help the school district pay up front for projects instead of as they progress, thus staying ahead of rising costs.

Inflation in construction has raised projected costs, delaying the capital improvement process as the school district struggled to keep the funding up. Zander said an elementary school built in 2004 cost approximately $9 million and another school built in Spring Creek in 2019 cost nearly $36 million.

He argues it is best to fund the projects sooner rather than later.

“The issue you have is you're going to have to accumulate revenues for three or four years to build that facility. In the meantime, there's a 20 percent inflation rate. So by the time the district would be able to accumulate the money to build another school, it's going to take five years, and they're going to pay $60 million for that particular facility,” said Zander, who led the school district for eight years before retiring in 2018, and returned to the school district this year to fill the vacancy.

In late June, the school board of trustees unanimously approved a resolution to hold a special election for the proposed bond measure.

“The board of trustees made a decision, we think we want to go to a bonding model, to where we can pay for the buildings up front,” Zander said. “Municipal debt rate, or interest rates, are between 1 and 2 percent right now. So they could borrow the money to pay that off. In the meantime, they're going to save taxpayer money, because they're not going to be influenced by the construction inflation affecting the cost of these facilities.”

Because the amount of the available tax earmarked for the school district would be lower than previously under the proposed measure, the remaining 25 cents would be available to other municipalities, such as Elko County, the city of Elko and others. With “Pay-As-You-Go,” the school district put their proceeds of the property tax toward specific capital improvement projects. With the bonds, the district can pay for projects up front, then pay them back with the property tax revenue.

If voters approve the $150 million in general obligation bonds, any unused amount would expire in six years, when continued funding would require another nod from voters in an election.

But if the ballot question fails in December, the school district’s capital funding source will be exhausted and the 75 cents of the property tax that have been flowing toward capital improvement projects can be swept into local municipalities’ budgets.

Without a dedicated capital funding source, the school district would be required to turn to its general fund in order to update or fix building issues, and most of the projects on its list to complete through 2032 would be compromised.

Zander said the outcome of the special election will have “long-term ramifications.”

Voters in favor of the ballot question argue that the bonds are essential to keep school buildings and facilities running once “Pay-As-You-Go” runs dry.

“I'm going to fight for whatever is going to help my school district,” Tammie Cracraft Dickenson, a former school board trustee and mother of two students, told The Nevada Independent. “And I’ve never heard of a school district succeeding after having its funding cut in any way.”

But opponents say they have lost trust in the school district, which saw five of seven school board members resign in August at the height of turmoil seen across the state and country regarding mask and quarantine protocol in schools. Four people were appointed in late October, filling most of the empty seats.

“There hasn’t been enough time for folks to get that trust rebuilt,” said Daniel Corona, mayor of West Wendover, which is roughly 100 miles from Elko on the Nevada-Utah border. “It’s hard to give someone a $150 million blank check when you don’t trust them.”

A leading argument among the opposition is that there is not enough oversight regarding the funding and how the school district would spend the taxpayer money.

Corona said some voters don’t think the school district is addressing those concerns ahead of the election.

Zander asserted that the method for approving funding for capital improvement projects hasn’t changed — bond or loan proposals presented by the school board regarding funding must clear approval by voters through individual ballot questions, and the list of projects is regularly discussed during bimonthly meetings open to the public both online and in person.

“That’s a transparent process,” he said. “Unfortunately, we have some people in the community that doubt that, and I think they’re just misinformed.”

He added that if voters approve the tax proposal, the funds are not housed by the school district, but are collected and maintained by the county, adding another layer of oversight.

As for the projects that have frustrated some voters, he said those have been on the facility needs list for 10 years.

There’s a specific building at the center of the debate — a $16.5 million performing arts building at Elko High School approved by the school board in 2019, but that had been on the district’s projects list since 2010. Opponents labeled it “wasteful and unnecessary spending.”

But Walt Lovell, who was the high school band director for 36 years, remembers the time it took to bring that project to fruition after what was originally a gymnasium built in 1917 and renovated in 1939 as an auditorium burned down in 1971.

“That’s sort of the center of everyone’s grumpiness,” Lovell said of the building. “I’d been working for that for 40 years … There was a time when we had a 200-piece marching band that was meeting in a room that was probably adequate for maybe 100 people. If the fire people had come in, we would have been in a lot of trouble.”

Completed during the pandemic, construction work was delayed and the price for materials went up as steel was in short supply around the country.

“With that the cost of the buildings got bigger, a lot of people are using those big costs as their arguments,” Lovell said. “And between saying ‘They shouldn’t have built this,’ and ‘They should’ve done this,’ there’s a huge cloud in the community about transparency, that is not real.”

While Zander cannot advocate in support of the ballot question as a school district employee, he said he’s concerned about the capital funding drying out.

He worries about “the impact it’s going to have on the general fund of the school district, especially post-Pupil-Centered Funding Plan levels, because Elko County School District was not a winner in that process,” he said, referring to a new education funding formula implemented during the 2021 legislative session that changed how state funding is disbursed. “We’re already going to be losing resources over the next four or five years.”

Legislators approved tens of millions of dollars to help keep school district budgets level that would otherwise lose funding during the transition to the Pupil-Centered Funding Plan. But once those funds run dry, smaller and rural school districts expect their share of state funding to be diminished in future budget cycles.

“A year into this, there's no tax rate available for the school district to build facilities, and we have an HVAC [heating, ventilation and air conditioning] system break down in a school — we're going to have to generate economies in the general fund to afford the replacement of that HVAC system,” he said. “And those economies are going to come at the expense of programming for our kids or class size, or whatever it might be — that's my greatest concern.”

The money that once funded the construction of new schools and kept them warm will go to city street repair and sewer systems, Lovell said, if it gets absorbed into local municipality budgets.

Some in opposition to the ballot question, however, argue that the school district cannot improve education by constructing new buildings.

Supporters counter that dipping into the general fund also affects staffing and teacher pay, which affects class size, and has an effect on the quality of education the school district can provide.

Zander said it’s ultimately the students who will pay the price.

In addition to the challenge of holding a single-issue special election in December, when voters are less likely to turn out, the school district and those in favor of the measure have struggled to reach voters in the county spread across more than 17,000 square miles to provide information and clarity regarding the measure.

Zander said he doesn’t think county residents are well-informed about the details of the bond proposal and that outreach efforts have been hampered by the pandemic.

Corona said the school district is failing to reach voters, especially those outside of Elko but within the county boundary, such as West Wendover, Carlin, Jackpot or Wells.

“It's very hard to ask someone in West Wendover to vote to approve $150 million bonds for Elko County when no one from the school district has made an attempt to inform or educate the folks here about where that money's gonna be spent,” he said.

The school district hosted a town hall forum in September in Elko, which is an hour and forty-minute drive from West Wendover, where more than 4,000 people live, and nearly a two-hour drive from Jackpot, near the Nevada-Idaho border, which has a population of less than 1,500 people.

Cracraft Dickenson said Citizens for Elko County Schools is also planning to make trips to the outlying towns to hold meetings for voters who are interested in learning about the ballot question and the bonds before Dec. 14.

Updated on Nov. 23, 2021 at 3:35 p.m. to correct the amount the school district paid for the Elko High School performing arts building.