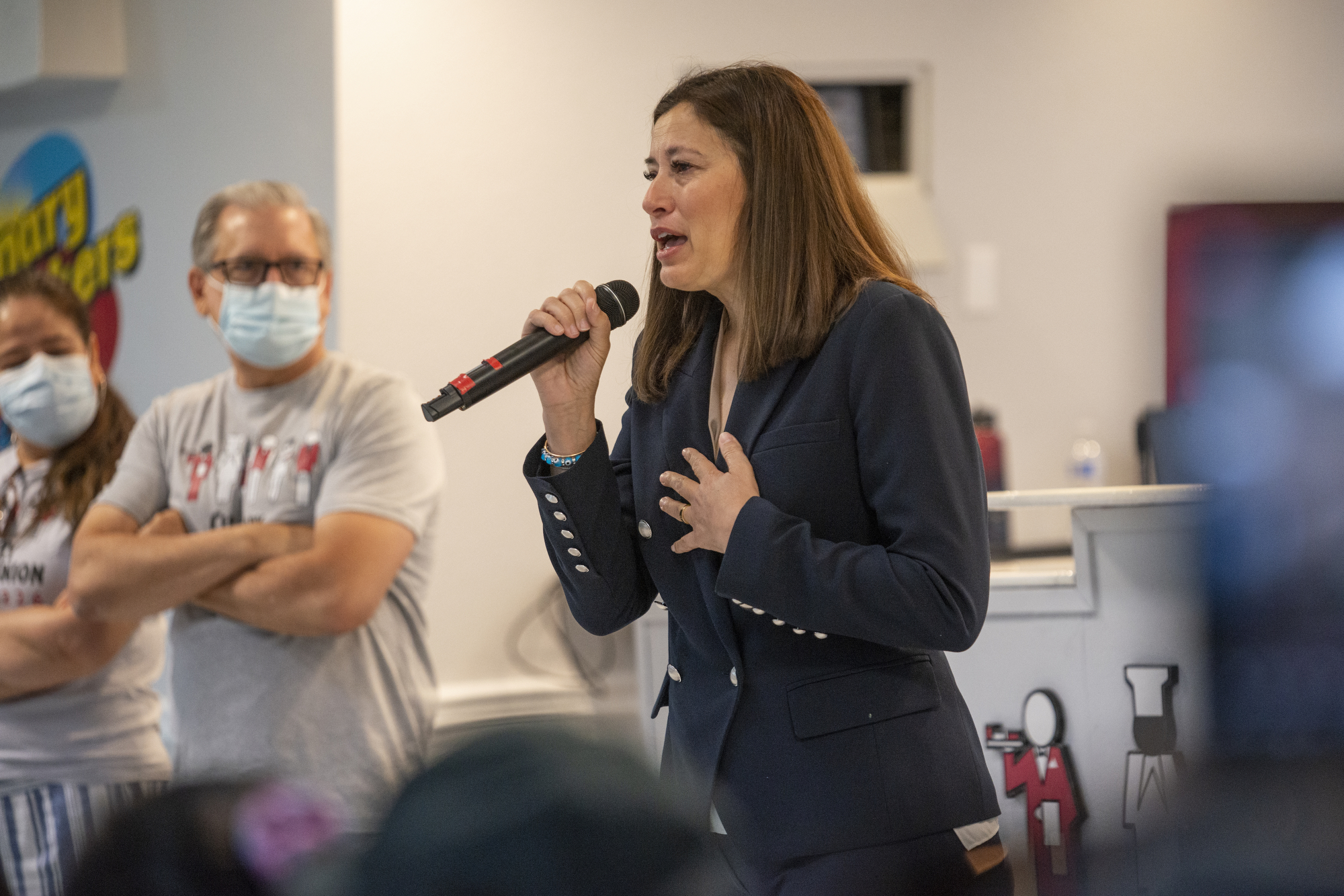 Under the proposal announced Thursday morning by Cano Burkhead, a Democrat who is running for re-election, each county commission would be able to appoint a person to serve as their local school boards’ president, setting the meeting agendas and governing their fellow trustees. Because Carson City isn’t part of a county, its Board of Supervisors would be responsible for appointing the president of its local school board.

Additionally, incorporated cities with more than 75,000 residents would each be able to appoint a new member to represent them on the county school boards, a change that would drastically alter the makeup of boards in populous counties such as Clark or Washoe.

These appointments would “professionalize and modernize” the state’s school boards by adding “more education experts to act in the best interests of our students,” Cano Burkhead said in a press release. She added that the proposal will also ensure the presence of an advocate on the school board who can bring the voice and perspective of the communities and families of these local municipalities.

“We have high expectations for our kids, and our teachers work hard day-in and day-out with our kids to meet those expectations,” she said. “It’s time we have those same expectations of our school boards, because leadership matters.”

If the bill is passed by the 2023 Legislature and signed by the governor, this would mean four additional members for the Clark County School Board through appointments from the Clark County Commission and the cities of Las Vegas, North Las Vegas and Henderson, bringing its membership up to 11. The Washoe County School Board would receive three additional members through appointments from the Washoe County Commission and the cities of Reno and Sparks, expanding its membership to 10.

Clark County School Board President Irene Cepeda said in a statement to The Nevada Independent that the board recognizes the importance of professionalizing the school board, but didn’t go as far as supporting Cano Burkhead’s proposal. Last month, the board submitted its own proposed legislation to establish standards and qualifications for all education-related oversight board positions such as school board trustees and regents.

“The will of the voters and representative democracy should be maintained,” she said in a statement. “Ultimately, we hope we can all come together in collaborative conversations to do what is best for students,”

Washoe County School Board President Angie Taylor — who is likely to be elected to the state Assembly this election — said this is the first she’s heard of the bill, and declined to comment further. But in 2021, she opposed a similar legislative attempt to move away from a fully elected school board.

Elected school boards are the norm in most states, but at least nine states have hybrid boards made up of a mix of appointed and elected members, according to the Education Commission of the States, a Denver-based organization that tracks state education policy.

The idea to create appointed seats on Nevada school boards is nothing new, but historically it hasn’t gone far beyond the concept phase. Still, the appetite for a change to local school board structures has not been satiated.

Earlier this month, community members called on the governor and state lawmakers to dissolve the Clark County School Board after it approved a raise and contract extension for Superintendent Jesus Jara despite long-standing issues such as student achievement and teacher retention. There’s also a push by a Henderson city councilman to break up the Clark County School District through a ballot initiative that would allow communities to opt out of countywide school districts.

In August, a coalition made up of community groups such as the Clark County Education Association and the Vegas Chamber presented a similar proposal for a hybrid school board during an interim legislative committee meeting.

But Clark County school board members Danielle Ford and the Nevada State Education Association spoke against that idea during that August meeting.

At this time, CCEA Executive Director John Vellardita told The Nevada Independent the union does not support specific proposed legislation, but believes there has to be a change in the governing structure of school boards.

“We are a proponent of a hybrid model with a majority of trustees elected and a minority appointed,” he said. “We believe the details of that kind of model will be worked out during the legislative process in the next session.”

But Brian Lee, NSEA’s executive director, said in a Thursday interview that the statewide teacher union sees any attempt to move away from elected school boards as an assault on democracy.

“The proposal for appointed school boards, all of them, and this one in particular, would give seats to politically powerful insiders who could then out vote the elected members,” Lee said.

The Nevada Association of School Boards is taking a similar stance.

“NASB is opposed to any legislation that proposes to appoint trustees to the school boards,” said Rick Harris, NASB executive director, in a statement. “We believe a democratic process to elect school board members is the most transparent and reflective of the community.”

Lee said community members who are upset with their local school boards already have the power to change them through elections. NSEA has proposed other ideas to increase collaboration between school boards and their communities and improve professionalism, such as bringing on educators to serve on school boards and adding advisory seats to allow for greater student and parent involvement.