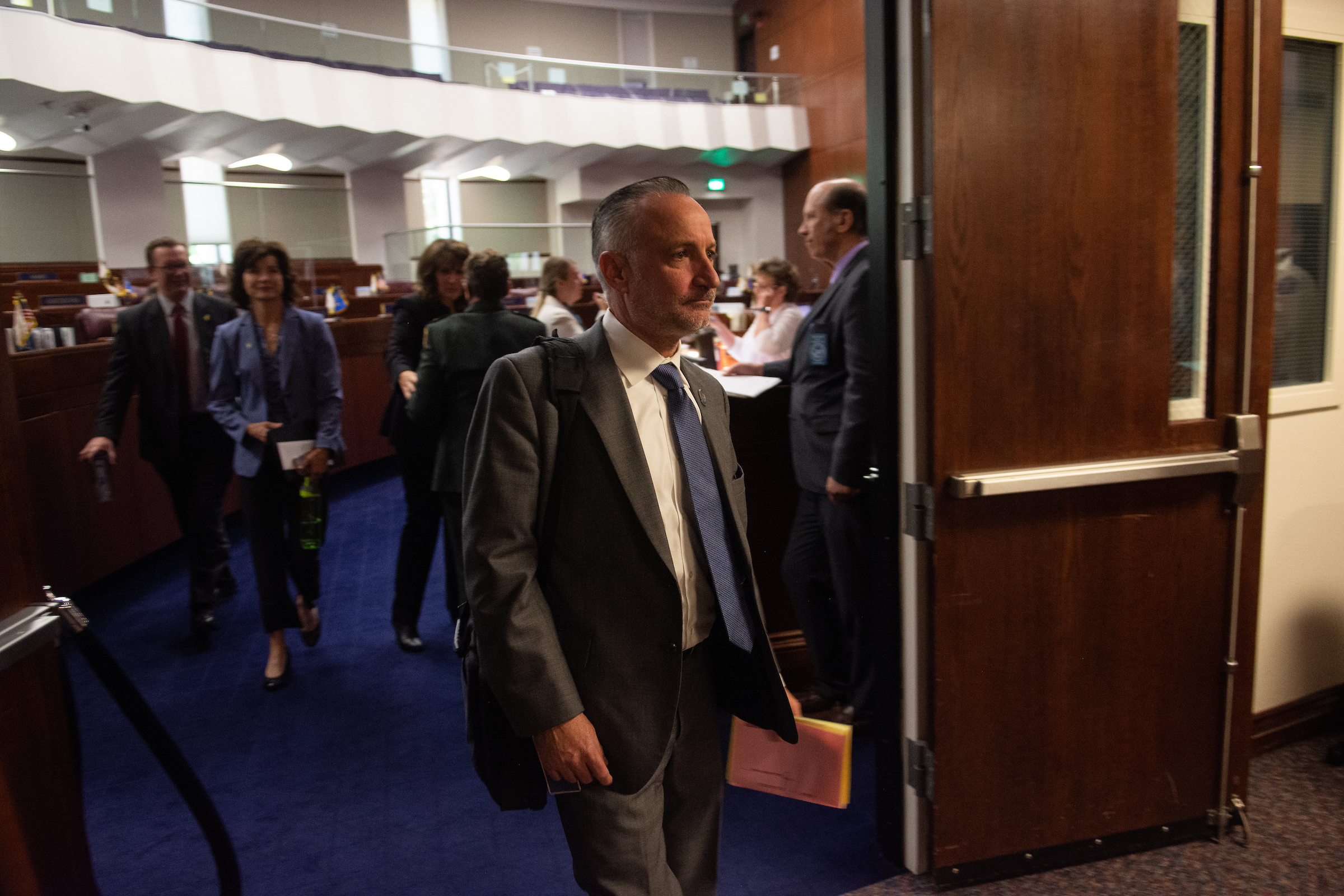 Brooks said in an interview with The Nevada Independent that it was a “bittersweet decision” to resign halfway through his four-year term, but he had recently been offered a position with a private-sector energy company that he described as a “great opportunity.”

“It's an important job and it's a very exciting and dynamic job,” he said. “But it would demand more of my time and energy than I would be able to give it, if I were to be a legislator at the same time.”

Details about his new employment are still being finalized, but Brooks said it would broadly encompass working on developing renewable energy projects across the country. He confirmed that the new job would not be with NV Energy. Brooks will step down from chairing the Interim Finance Committee and other interim legislative committees in the meantime — his seat will eventually need to be filled by an appointment from the Clark County Commission ahead of the 2023 legislative session.

First elected to the Assembly in 2016, Brooks served two terms before being appointed to a vacant state Senate seat in 2019 and winning election to a full, four-year term in 2020. Prior to running for office, he spent several decades in the construction and energy business sectors, including work as a gas and electric utility contractor and starting one of the nation’s first solar companies in 2001.

In 2017 and 2019, Brooks led the legislative charge to boost the state’s Renewable Portfolio Standard to 50 percent by 2030 — a measure vetoed by Republican then-Gov. Brian Sandoval in 2017, but ultimately signed by Democratic Gov. Steve Sisolak in 2019.

He also played a key role in the 2017 legislation that restored favorable net-metering rates to rooftop solar customers. He shepherded a bill that increased carbon emission monitoring and set a net-zero carbon emission target for 2050, and another that modified the process in which large businesses or entities could leave NV Energy. In 2021, he sponsored and helped pass an omnibus energy bill that greatly expanded transmission capacity and built out the state’s electric vehicle infrastructure.

“I don't think we can ever do enough and I think there's always more to be done,” he said. “But when I step back and look at it, in reality, I think that we've done quite a bit more than I thought we would.”

Though Nevada is off track to meet carbon emission targets for 2030, Brooks said the enhanced emission reporting gave lawmakers more ideas about how to tackle emission reduction and “shows us where the biggest opportunities are.”

Outside of energy, Brooks served as chair of the budget committee in 2021, and chairs the Interim Finance Committee — a panel of lawmakers that approves state spending when the full Legislature is not in session.

Brooks also said that his recent public frustration over a lack of legislative oversight of $2.7 billion in federal American Rescue Plan spending proposed by Sisolak’s office was more focused on his issues with the structure of the state’s part-time Legislature and less about the details of the proposed spending, noting that he voted in favor of all the ARP-related items proposed by the governor’s office.

“That was me showing my frustration with a citizen Legislature that meets every 120 days, every other year, and how that doesn't provide a structure in which a lot of these conversations can be had in an in-depth manner,” he said. (Brooks is married to Michelle White, who worked as Sisolak’s Chief of Staff for two and a half years.)

In hindsight, Brooks said he did not know that calling a special legislative session to determine priorities for ARP spending would have been the best move, given the constantly changing guidance on how states can spend the money and the various “buckets” and “tranches” that delivered the funds.

Brooks declined to say if he would rule out another bid for office in the future — noting that he said he would “never run for office” shortly before actually filing to run.

“Am I tired? You bet I'm tired. Has this worn me out? Absolutely,” he said of his time in the Legislature. “But I've got a lot of energy and a lot of fight left in me, and I have an opportunity that I have to take advantage of, and continue fighting for what I believe, just in a different way in the private sector.”