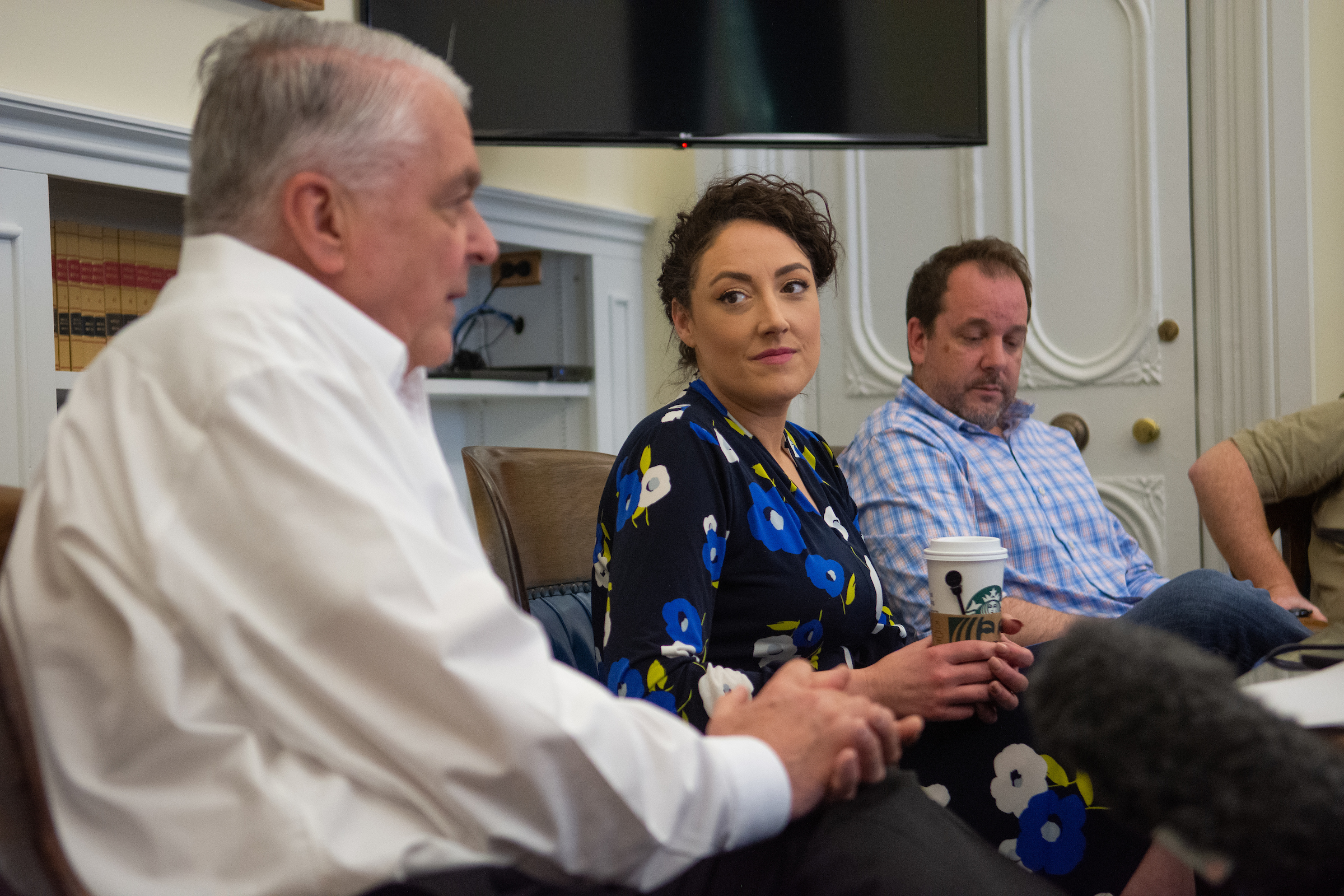 Two senior members of Gov. Steve Sisolak’s staff announced on Tuesday that they are stepping down after more than two and a half years in his office.

Chief of Staff Michelle White, who has been with Sisolak since November 2018, leading his transition into the Governor’s Mansion, shepherding his office through two regular and two special legislative sessions and playing a key role in the state’s COVID-19 response, will stay in her role through the summer to facilitate the selection of her successor and ensure a smooth transition.

White, in a statement, called serving as chief of staff “the honor of my lifetime” and said she looked forward to supporting the governor’s staff during the transition.

“For close to three years I've had the privilege of witnessing the Governor’s unparalleled commitment to leading Nevada through some of the most trying and unprecedented times in our State’s history – civil protests against systemic racism, the impacts of a climate crisis, and a global pandemic and subsequent economic crisis that forced tough decisions aimed at protecting the lives and livelihood of all Nevadans,” White said. “I will forever be humbled that the Governor trusted me to serve his office and our great State throughout this time.”

Senior Advisor Scott Gilles, who has been with Sisolak since January 2019, will depart the governor’s office on Friday. Before joining the Sisolak administration, Gilles managed government affairs and legislative relations for the City of Reno and served as the deputy secretary of state for elections.

“I am incredibly grateful to the Governor for his dedication to the State and his confidence in me to be his Senior Advisor through the unprecedented challenges the State has faced during my time in his office,” Gilles said in a statement. “I am humbled to have been given the opportunity to serve the Governor and Nevadans in this role, and I look forward to our State’s continued progress under his leadership.”

Neither White nor Gilles has announced their professional next steps, though Gilles said in an interview Tuesday that he has been looking at some potential opportunities but plans to take some time off before making a decision about what to do next. He said he looks forward to spending more time with friends and family and having more work-life balance moving forward.

“The last two and a half years have been an amazing opportunity in the face of some really difficult challenges,” Gilles said. “This job is very all consuming in the best of times, and it was even more consuming during the heavy stretch of the pandemic.”

The departure of White and Gilles represents a significant upheaval for the governor’s office amid a difficult period of economic recovery and climbing COVID-19 cases and ahead of what is likely to be a difficult re-election campaign for Sisolak.

Sisolak, in a statement, said he would be “forever appreciative” of White’s and Gilles’s service and guidance to him as governor.

“They have been with me from the start, and they have held the public’s interest at the forefront of what they do every day. I will miss them tremendously,” Sisolak said. “No one could have predicted all that we would have faced together since I took office, and their leadership and expertise during historically challenging times have undoubtedly made Nevada a better State. I look forward to watching their next steps as they continue their incredible careers.”