In eight hours, bill to draw millions more in taxes from mining is born, dies at Legislature 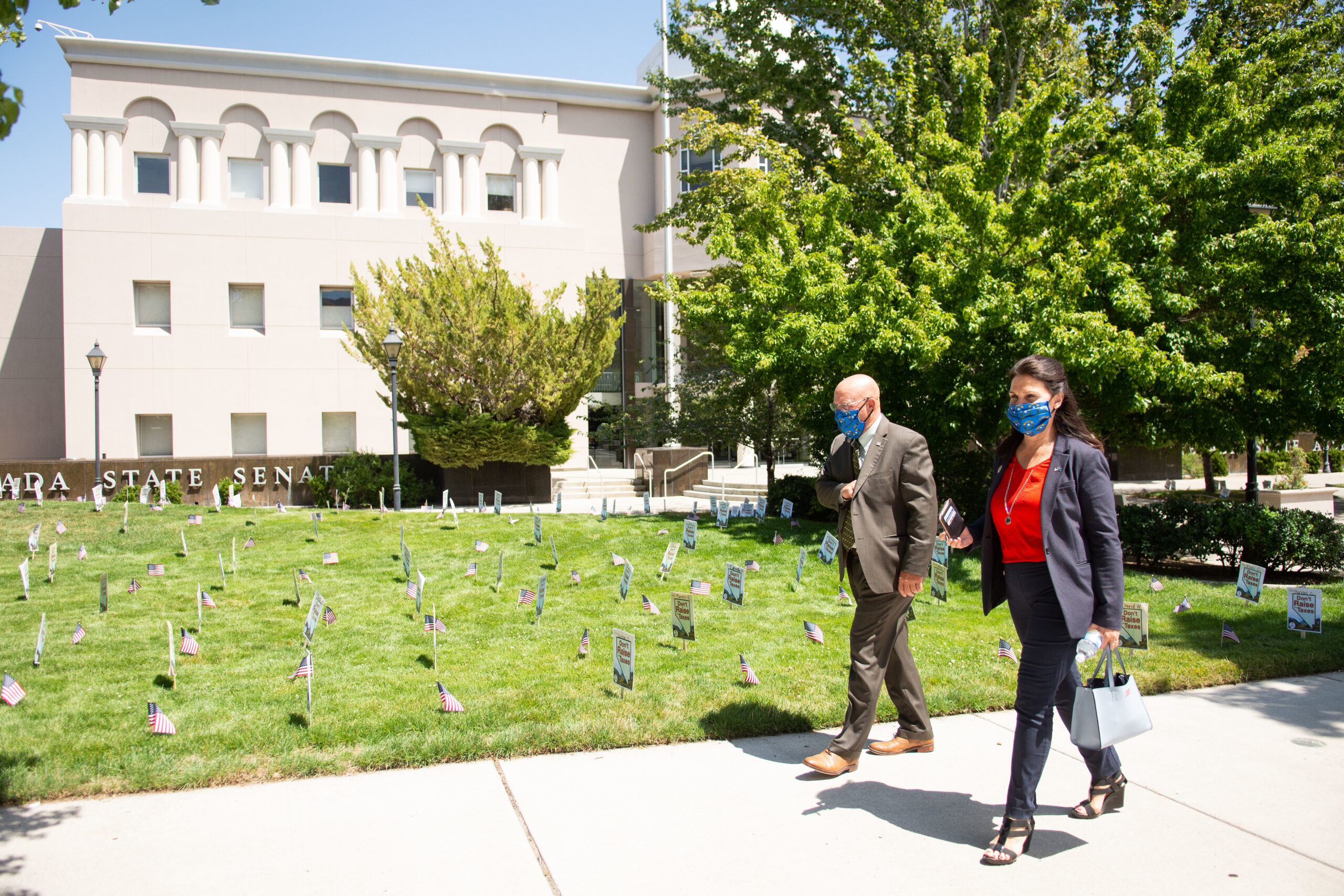 A proposal to bring the state more money from mining by removing some of the tax deductions companies can take emerged and died at the Legislature in a matter of hours in a symbolic but ultimately ill-fated attempt to alleviate a $1.2 billion budget shortfall.

Democratic lawmakers trumpeted that the legislation would bring equity to a tax structure in a state that has long favored mining, while Republicans lamented the breakneck speed at which the bill progressed and worried about the unintended consequences the legislation might have on the industry.

The bill passed the Assembly 29-13, on party lines, before faltering again along party lines in a late-night hearing in the Senate. With a 13-8 Senate vote, the bill failed to garner the two-thirds majority needed to pass it.

During the late night proceedings, lawmakers quizzed legislative fiscal and legal staff on the finer points of the net proceeds of minerals tax on mining and potential fiscal impacts of the proposed bill. By limiting companies to just 60 percent of the deductions they would normally take, and along with a bill requiring a double payment of taxes in the current year, it would have yielded another $102 million for lawmakers to apply to the shortfall.

But the bill’s fast rise through the Legislature was slapped down by Senate Republicans, many of whom signaled early on in the day that they would oppose the proposal. They criticized the late introduction of the measure and the lack of mining industry input, and they said that it was putting the burden too squarely on a single industry.

“In the West, if you are wearing a mask at night demanding money, it just doesn’t look right,” said Republican Sen. Joe Hardy.

Sen. Pete Goicoechea, who characterized himself as probably the only current lawmaker who has worked in a mine, said that the proposal would boost local government revenue but at the expense of some of the smaller mining projects. He urged lawmakers to postpone the discussion on the legislation until the next full legislative session.

“It’s just not fair. It’s not right. Here we are at two o’clock in the morning on a bill that started some 10 hours ago,” Goicoechea said. “I commit to you, bring this back to the regular session where it belongs, an open session where we can have input.”

Sen. Keith Pickard said he would have been a definite yes if the money had been earmarked for education, but saw nothing restricting the funds to that purpose.

Democratic Senate Majority Leader Nicole Cannizzaro, charged with trying to get politically dicey tax measures past the tricky two-thirds threshold, said Republican lawmakers were making excuses, especially on the education point. She pointed out their lack of support for a payroll tax extension bill last session tied to teacher raises.

“At some point there has to be a compelling reason for all of us to vote for Nevadans, the people we represent,” she said. “We’re in an empty chamber without members of the public sitting in the rows above us and without folks standing out in the hallway and separated by our colleagues with plexiglass and masks. I don’t know what else is going to shine a light broadly on this.”

In spite of the bill’s failure, lawmakers made progress towards wrapping up a special session that has stretched into its tenth day. Democrats and Republicans introduced separate outlines of expenditures they want to restore that were on the chopping block in Gov. Steve Sisolak’s original $1.2 billion reduction plan.

But with the Assembly and Senate not scheduled to meet until Saturday, resolution on the state’s budget shortfall will have to wait until at least the weekend.

Mechanics of the bill

As originally drafted, AB4 would have done little to address the state’s current budget shortfall.

That’s because the bill initially repealed a section of another bill, SB3, passed during the special session requiring mines to make advance payments on their taxes. Combined, the bills would have netted an additional $200,000, a fraction of the state’s shortfall.

“If you pass AB4, which takes away SB3, you're no worse off than you are now, and you're slightly better off,” Legislative Fiscal Analyst Russell Guindon told lawmakers on Thursday.

But Assembly Democrats introduced an amendment removing that provision, meaning mining companies would double up payments and give an immediate fiscal boost to the state this year of $102 million.

Several environmental advocates, speaking during two lengthy public comment periods on the bill, said that the legislation would ensure that the mining industry pays its “fair share.”

“Nevada's landscape is littered by abandoned and decommissioned mines and mining shouldn't receive excessive deductions to clean up the messes they made on our land,” said Christi Cabrera, advocacy director for the Nevada Conservation League.

“For over 150 years, the mining industry in Nevada has received a special status that very few industries in the history of capitalism have achieved,” Frazee said. “It is time that the children of Nevada achieve the same status that some politicians have given to rocks. It is time that we make the untouchable budget items education and health care and not mining.”

No representatives of the mining industry testified on the bill during a hearing in the Assembly, though Tyre Gray, president of the Nevada Mining Association, testified against the bill in the Senate. Gray said he didn’t get a call about the bill until 3:15 p.m., about two hours before details of the bill were first announced.

“I honestly still don’t know how this will impact all of my members,” Gray said. “Mining is happy to be part of the solution, but it can’t be the solution.”