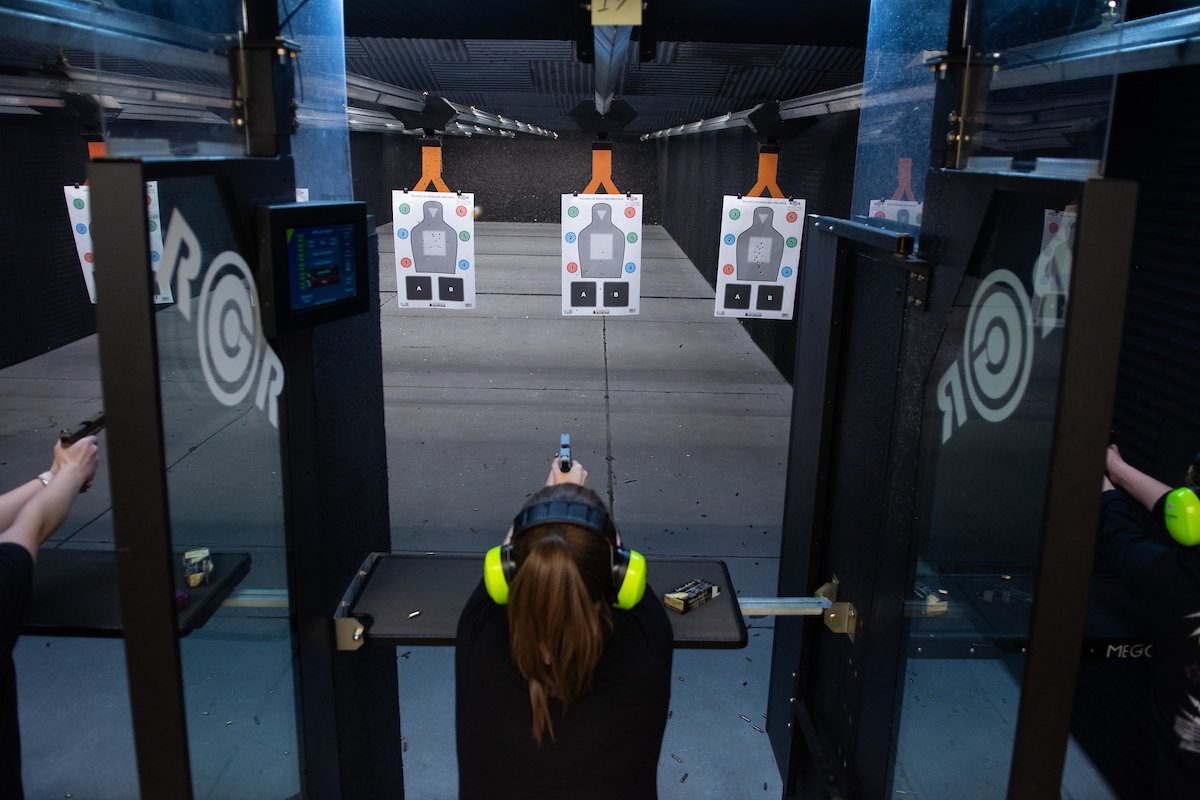 Between a global pandemic, protests over racial injustice and a highly contentious presidential election, firearm sales in Nevada spiked in 2020, with the first 10 months of gun sales already 57 percent greater than all gun sales made in 2019.

Through the first week of November, the state Point of Contact Firearms Program has conducted more than 160,000 background checks for gun purchases, according to records kept by the state Department of Public Safety. In 2019, the background checks program processed fewer than 102,100 checks statewide.

Nevada’s surge in gun sales isn’t unique to the state. Nationwide, the FBI’s National Instant Crime Background Check System (NICS) showed firearm sales topping 3 million each in March, May, June, July and August of this year. Since the database was launched in 1998, there has only been one other month (December 2015) where monthly gun sales exceeded 3 million.

In August, the National Shooting Sports Foundation estimated that nearly 5 million Americans became first-time gun-buyers in 2020, and reported a 95 percent increase in firearm sales and a 139 percent increase in ammunition sales over the same period in 2019.

“This is a tectonic shift in the firearm and ammunition industry marketplace and complete transformation of today’s gun-owning community,” NSSF Senior Vice President of General Counsel Lawrence G. Keane said in a press release at the time.

Background checks conducted through Nevada’s Point of Contact Firearms Program are often used as an estimate, and do not reflect the actual number of guns sold, given that there is no national or statewide gun registry, and because some individuals (such as concealed carry weapon holders) aren’t required to go through the background check process. Plus, only a single background check will be conducted if a person buys more than one gun, which could also affect total gun sale numbers.

Background checks are required under the 1993 Brady Act, which requires nearly all firearm transactions made from federally licensed gun sellers to first conduct a check on the purchaser. Nevada uses a state-managed records system for its background checks, which allow access to state criminal history records unavailable to the FBI or other agencies.

Nevada lawmakers last year approved a bill aimed at fixing issues in a 2016 ballot initiative that required background checks for private-party firearm sales or transfers — and which was never implemented amid disagreements between the FBI and state on who should implement the checks.

Through the first nine months of 2020, only about 2,400 background checks for private-party sales have been conducted by the state — meaning that the sharp rise in gun sales in 2020 is likely more attributable to increased demand rather than to new background check requirements.

The spike in firearm sales began in March, shortly after President Donald Trump issued a proclamation declaring a national emergency over the COVID-19 pandemic. According to a Brookings report, gun sales jumped to more than 120,000 per day in the two weeks following the emergency declaration, with more than 700,000 firearms sold in March.

Nevada gun sales also increased considerably in March — jumping from 10,430 background checks in February to more than 20,200 a month later. Demand on the background check system was so great that it became “virtually impossible” to get through the phone line, the Reno Gazette-Journal reported in mid-March.

“People are starting to panic and they’re buying whatever they can get ahold of,” Neil Block, owner of the Trading Post Gun Shop in Stagecoach, told the Gazette-Journal at the time.

Gun stores were not required to cease operations during the state’s initial business shutdown in March, owing to a 2007 state law prohibiting the government from confiscating firearms or adopting policies that impose “additional restrictions as to the lawful possession, transfer, sale, carrying, storage, display or use of” firearms, ammunition or firearm components in a declared state of emergency.

But the state’s largest per-month volume of gun sales actually happened in June, aligning with a national trend of increased gun purchases stemming from protests and riots after the police killing of George Floyd in Minneapolis on May 25. Nevada recorded a whopping 20,546 background checks in June.

Brookings reported that nationwide firearm sales eclipsed 3.9 million in June, the highest ever on record since data collection began in 1998.

Gun Shop Las Vegas owner Chris Mamola told FOX5 in early June that he was taking hundreds of calls a day, had sold more than 23,000 rounds of ammunition in a single day and estimated his sales were up 300 percent in the immediate aftermath of Floyd’s killing.

“It's a higher percentage of new buyers now — first time gun buyers,” Mamola told the television station at the time. “They're buying guns to protect their home for their own safety.”

The increase in Nevada gun sales also led to a sharp increase in the number of rejected sales driven by the state’s background check system.

Federal and state law lays out 11 categories of individuals who are prohibited from firearm ownership. The most common reason for rejection in 2020 have been persons “convicted in any court of a crime punishable by imprisonment for a term exceeding one year,” with 1,192 total attempted purchases from people in that category.