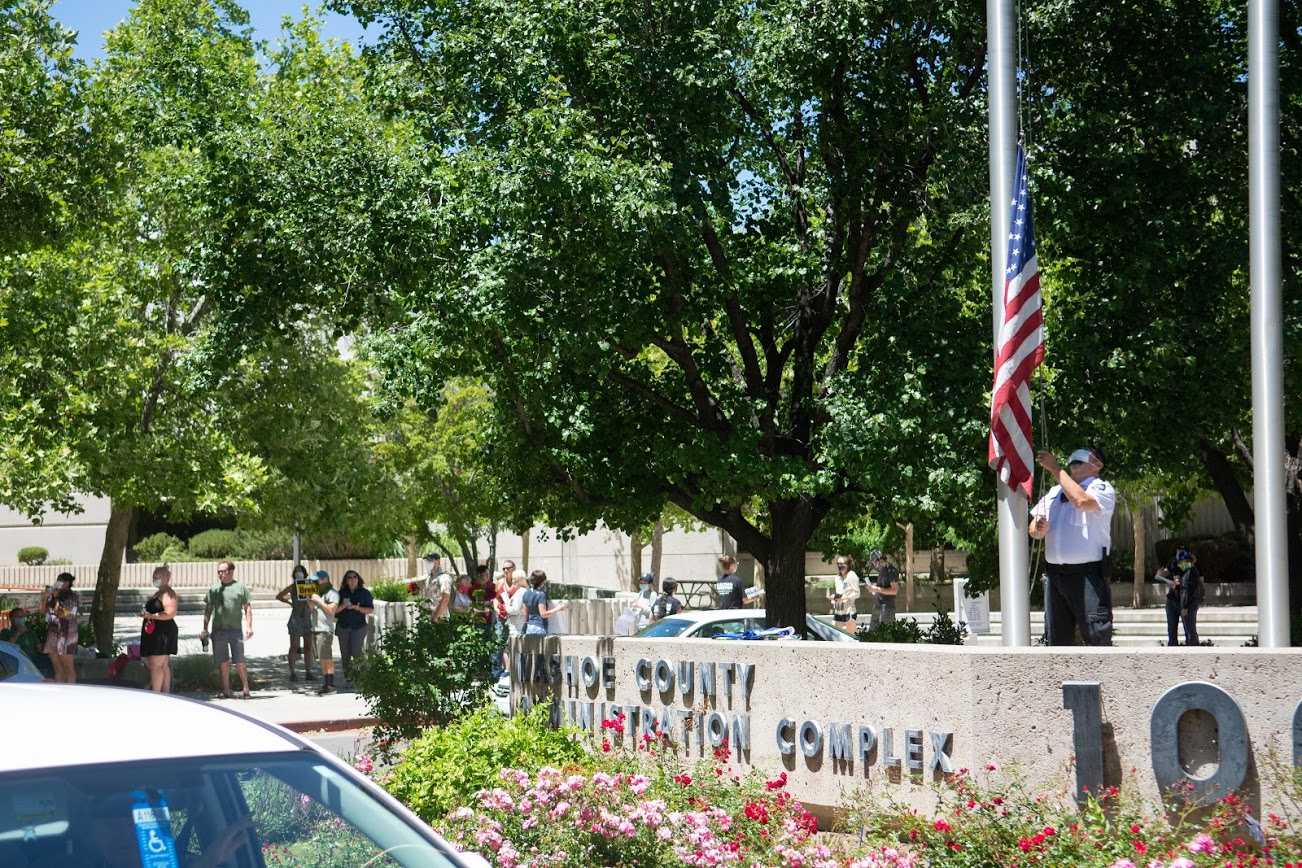 Republican Washoe County Commissioner Bob Lucey filed a candidacy challenge against his lone Republican primary opponent, Mike Clark, alleging that Clark changed his voter registration information after a state deadline and is ineligible to run for the commission seat.

In an affidavit challenging Clark’s candidacy submitted to the county election office Wednesday, Lucey cited records saying that Clark changed his party registration from nonpartisan to Republican around Feb. 19, 2022. Lucey said the party registration change violated state law which maintains that a candidate cannot change the designation of their political party affiliation after Dec. 31 before the closing filing date.

“This is an integrity issue,” Lucey said in a phone interview with The Nevada Independent, noting that Clark signed in his candidacy declaration form that he had not changed his party affiliation after the deadline. “You can't go run around town and say, ‘I believe that there should be election integrity’ … and then go and do something like this.”

Lucey, a veterinary clinic owner and real estate professional elected as commissioner for the first time in 2014, is running for his third and final term as county commissioner in District 2 which borders the southern edges of the county and includes areas south of Interstate 80 and west of Virginia Street.

Though Democrat Keith Lockard and Libertarian David Banuelos are also running to challenge Lucey, Clark is widely considered the greatest threat to Lucey’s reelection bid, given the district’s voter registration advantage tilt toward Republicans. Banuelos and Lockard do not have campaign information readily available.

Clark is serving his second term as Washoe County’s assessor and had a temporary protection order filed against him last year from the county, related to claims of harassment.

The candidate has also raised fears about the possibility of election integrity issues in the forthcoming election.

Reached via telephone, Clark said he had not received notification of the candidacy challenge and would not provide any further comment or information.